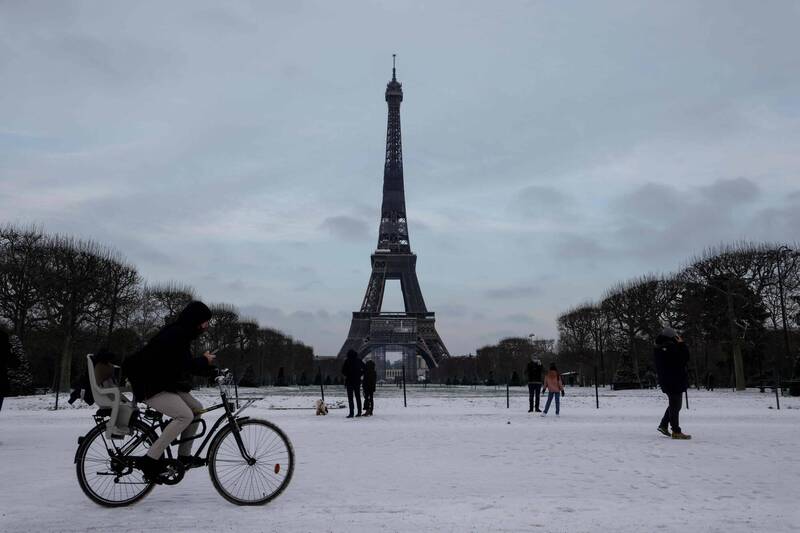 In the snow-covered French capital, the Eiffel Tower was also frozen. (AFP)

[Real-time news/comprehensive report]The heavy snow and freezing Europe not only caused traffic chaos in many countries, but the Eiffel Tower, a landmark in Paris, France, was also severely frozen. Workers had to use blowtorches to remove the ice.

The Associated Press reported that Europe is experiencing cold weather. Normandy and Brittany in France were forced to close their highways due to lack of snow removal equipment. In some areas of Paris, local governments ordered school buses to stop and urged parents to leave their children. stay at home.

In the snow-covered French capital, the Eiffel Tower was also frozen. This world-renowned building has not been opened to the public for several months due to government restrictions on epidemic prevention.

The landmark’s official Twitter posted today (10) that in order to remove the ice covering the tower, “we need to use a blowtorch, because the salt and snow melt is too corrosive to metals”.

Since the weekend, parts of Central Europe, Northern Europe, and the United Kingdom have been plagued by cold weather. Heavy snow has caused chaos in traffic and driving problems in Germany and the Czech Republic.

But there are also people who have fun in the ice and snow underground. There are skiers sliding on the Charles Bridge in Prague, children in Brussels, Belgium, playing sledding in parks where there is usually no snow, and the Dutch skating on the icy canals. 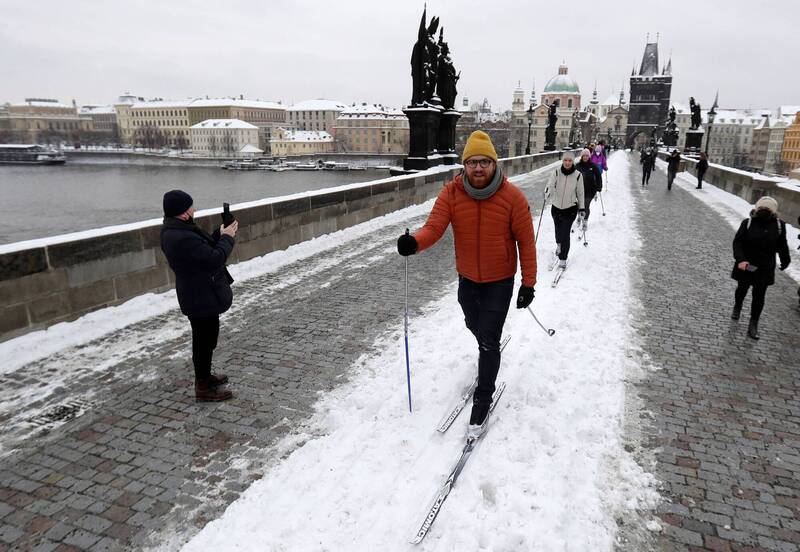 Czech people skiing on the Charles Bridge in Prague. (Reuters)