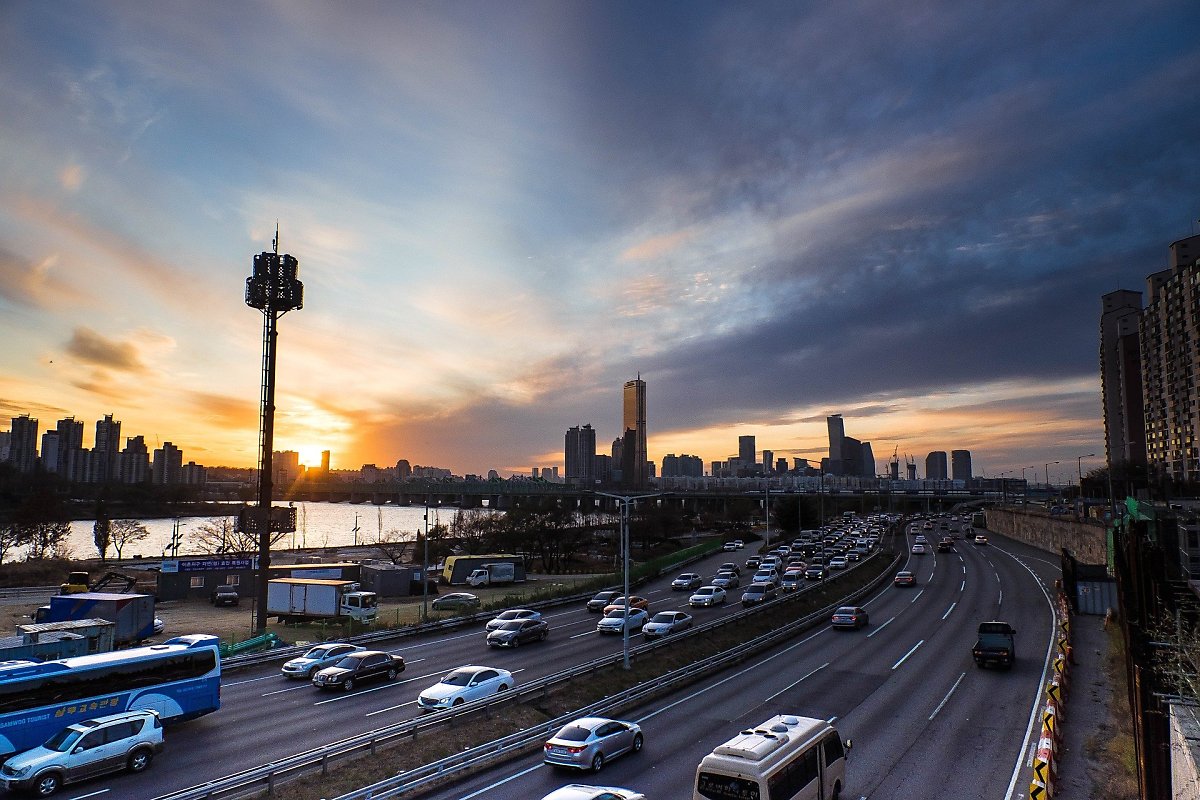 The purpose of buying a car is very diverse. The purpose of purchase is decided and a number of options are set up, such as commuting for a comfortable commute and a family car for enjoying leisure life with the family.

Recently, as the demand for’family cars’ that not only me but also my family can use is gradually increasing, SUV models with ample space are enjoying great popularity.

Hyundai Motor Company is able to look at the forms that are getting bigger and wider with generations from small SUVs to large SUVs to meet consumer demand. 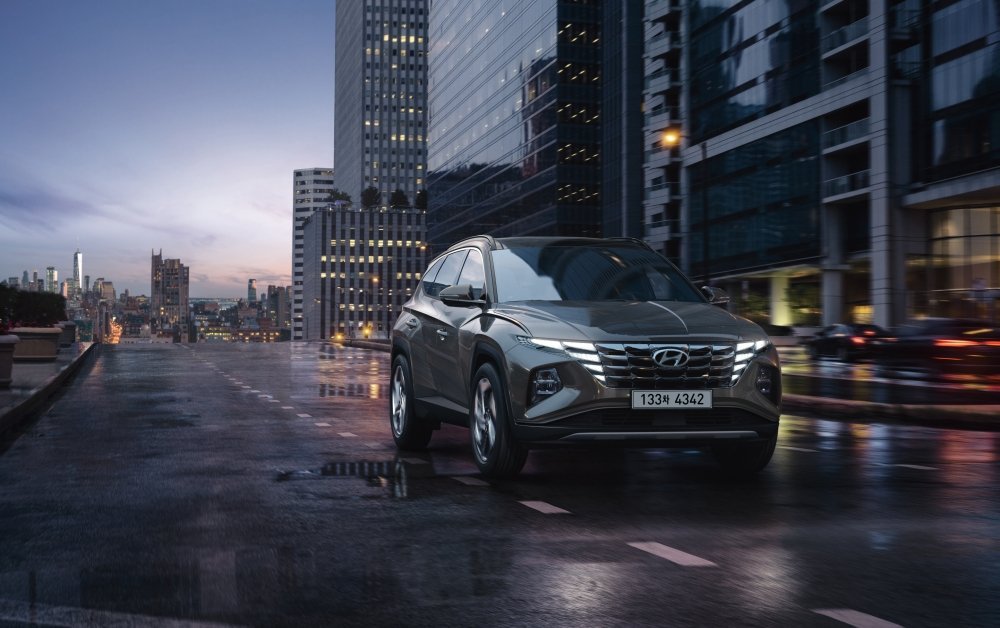 Tucson, which was launched through the World Premiere in September last year, also impressed domestic consumers with a more stylish design and spaciousness compared to the previous generation. As a best-selling SUV, it became very popular.

What is the popularity of Tucson? It is thanks to the larger body and spaciousness. The new Tucson has an overall length of 4,630mm, which is 150mm longer than the previous generation by applying a third-generation platform, and the second row legroom also boasts the most spacious space among its class models. 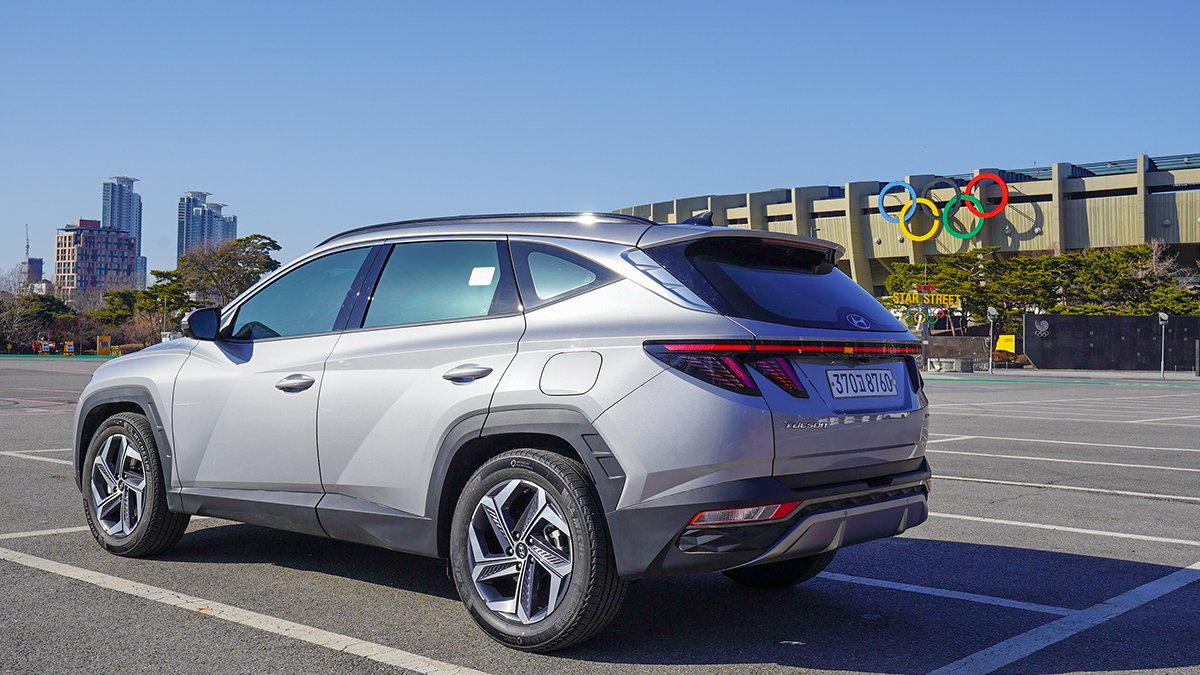 So today, I’m going to sit in the back seat of Tucson and see what the real sense of space looks like. In addition, will the fuel efficiency decrease due to the weight increase due to the larger body size? In order to solve the curiosity, I ran the commute and checked the fuel economy. 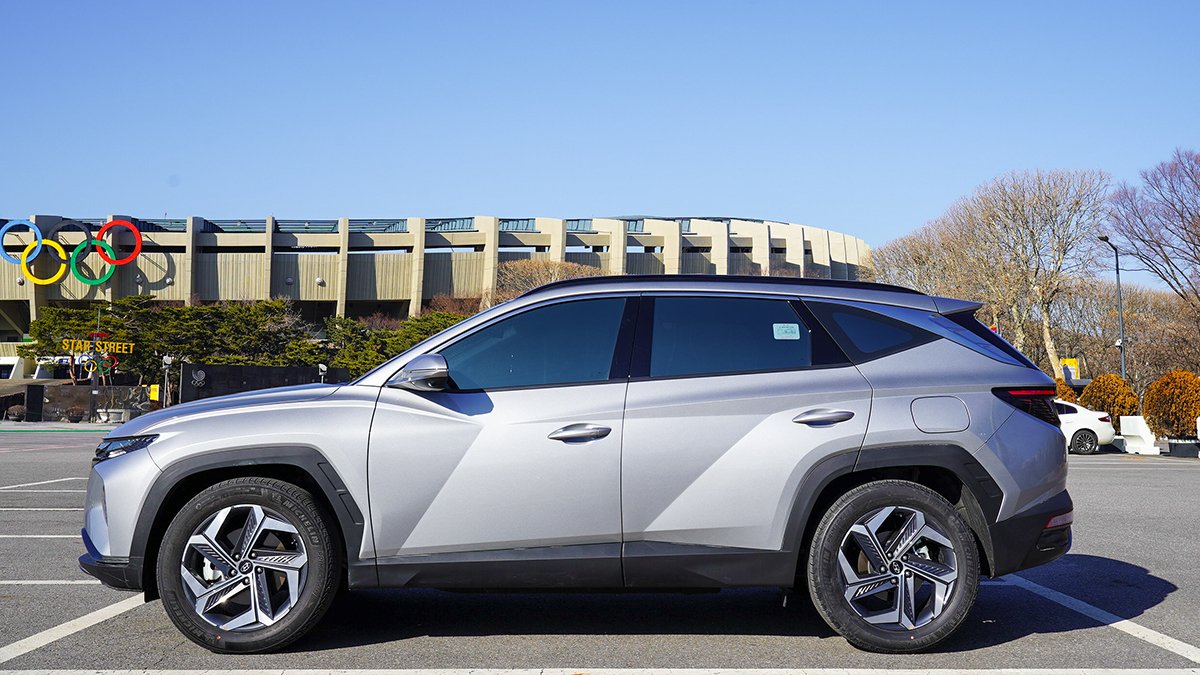 First, let’s look at the overall vehicle size to measure the sense of space.

The total length is 4,630mm, which is a whopping 150mm longer than the previous generation model. Not just the length of the vehicle, but the wheelbase that directly affects the interior space was also increased by 85mm to 2,755mm. 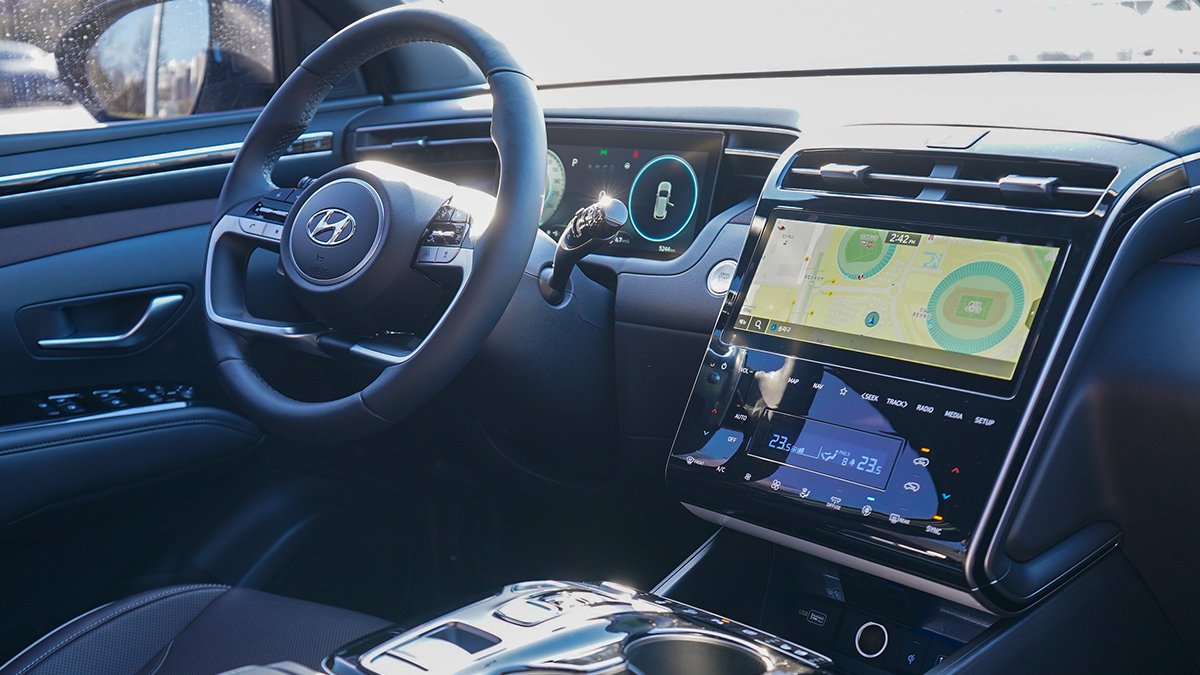 The feeling of space in the driver’s seat is spacious and relaxed, and it is comparable to that of the mid-range class. Not only the interior space has grown, but the design with a sense of stability also plays a role.

It is decorated with a neat interior with no clutter, such as an open cluster without a cover, a center fascia button composed of a touch method, and an electronic shift button. 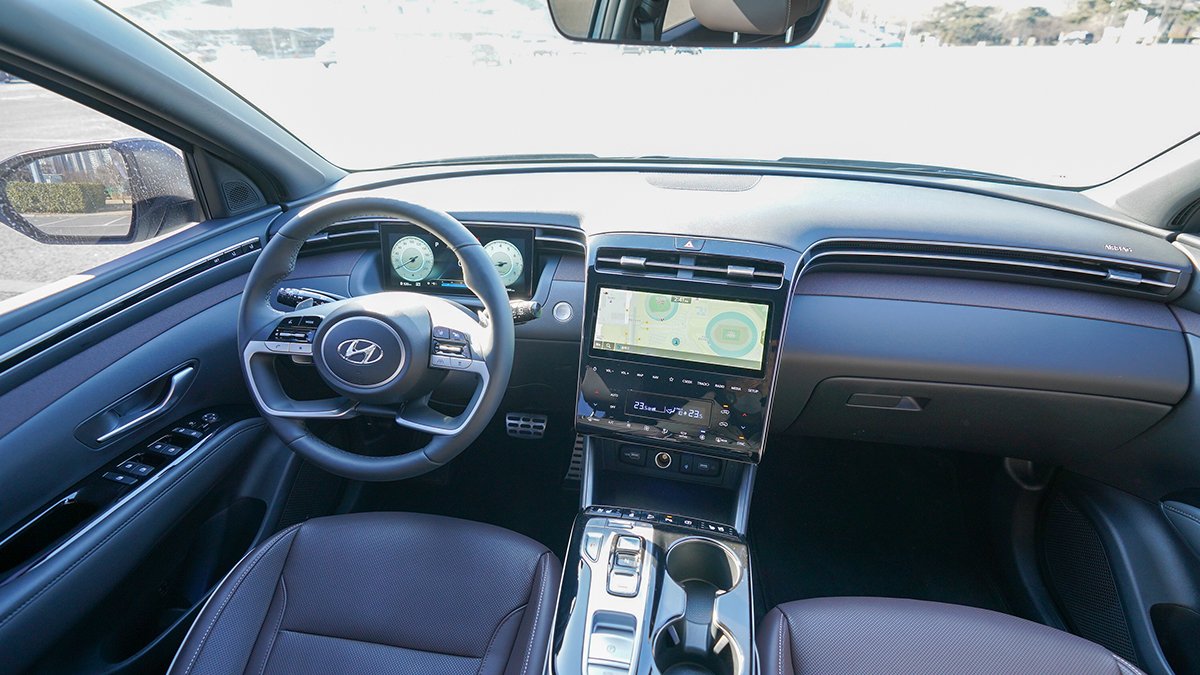 In addition, the air vents constructed in a sense of unity are connected with garnishes that seem to enclose the entire interior space, creating a visual effect as if the interior space was expanded.

For consumers who need ample space such as family use or camping, the rear seat space and trunk will have to be largely considered. So, I took a seat in the back and looked at the actual sense of space. 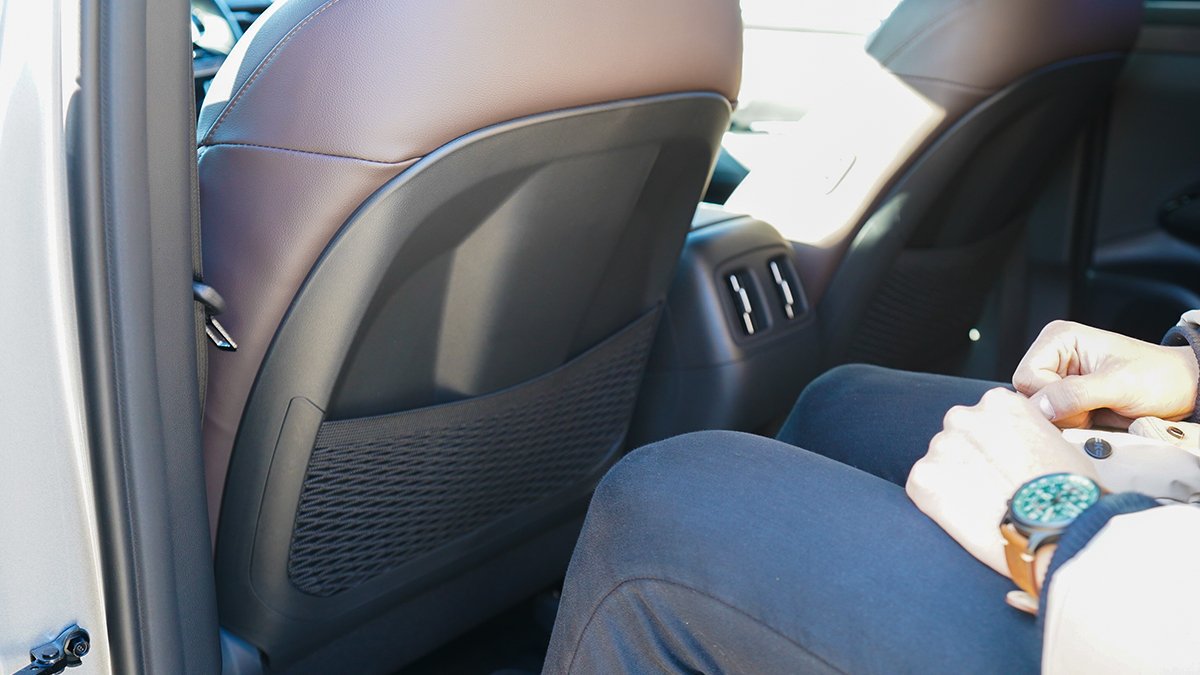 An editor, 174cm tall, similar to the average height of an adult male, tried to board the second row. 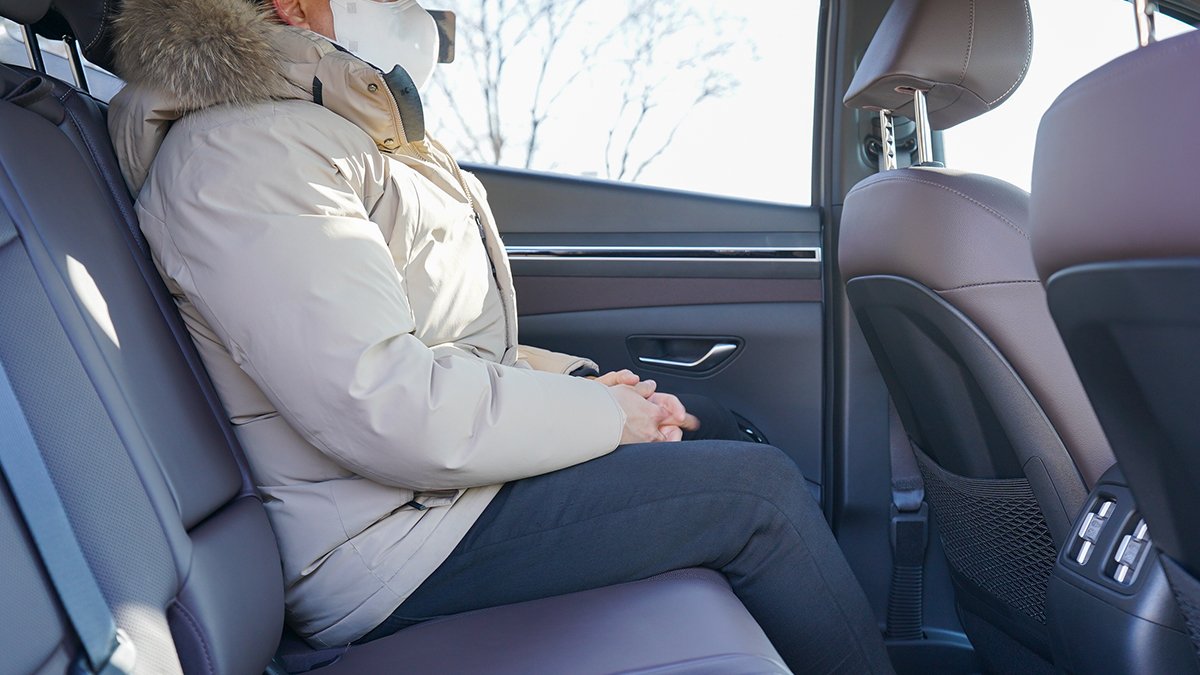 In addition, by providing a reclining function, fatigue in the back and waist can be significantly reduced, and even when driving long distances, you can feel a comfortable ride without problems. 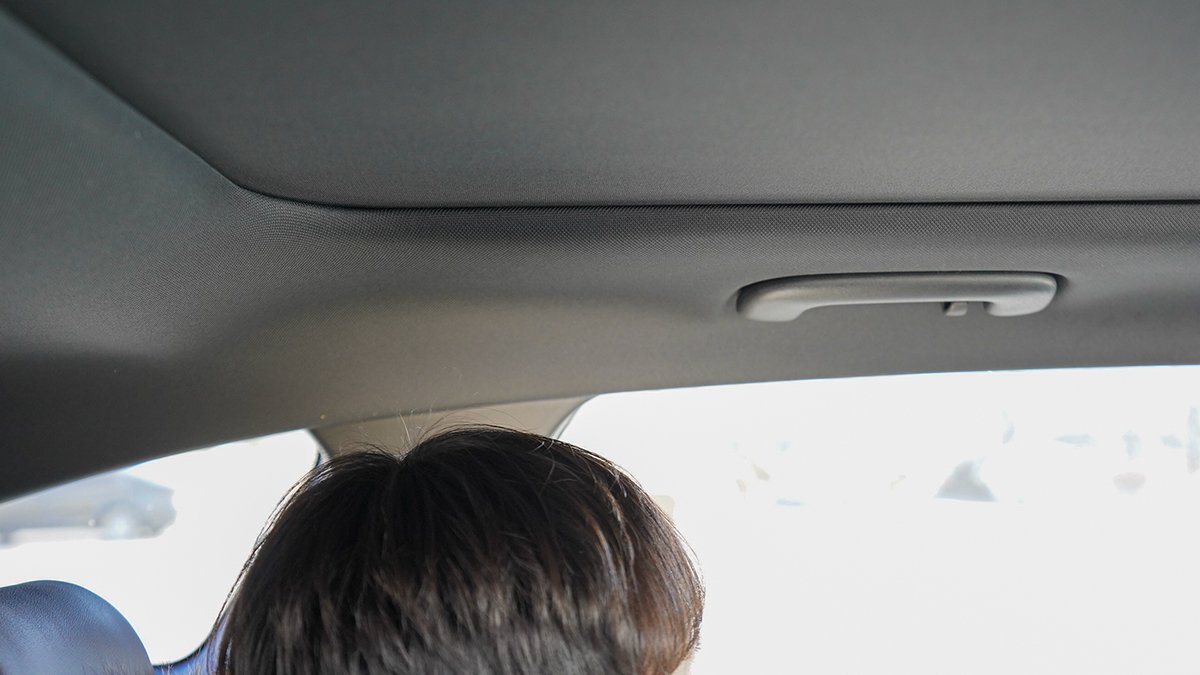 So, what about the headroom space? In order to emphasize sportiness with a coupe-like silhouette, whether it be a sedan or SUV, there are quite a lot of cases in which the rear part of the vehicle is lowered.

However, in the case of Tucson, the combination of sharp lines and cotton creates a sporty impression overall, while maintaining the headroom space as it is, securing a headroom space that is not stuffy.

The editor who felt the sense of space by boarding the second row directly
‘If headroom space is insufficient, it will be frustrating even if the legroom is large, but Tucson has ample legroom and headroom, so it is a good space to use as a family car for 3-4 people.
Added. 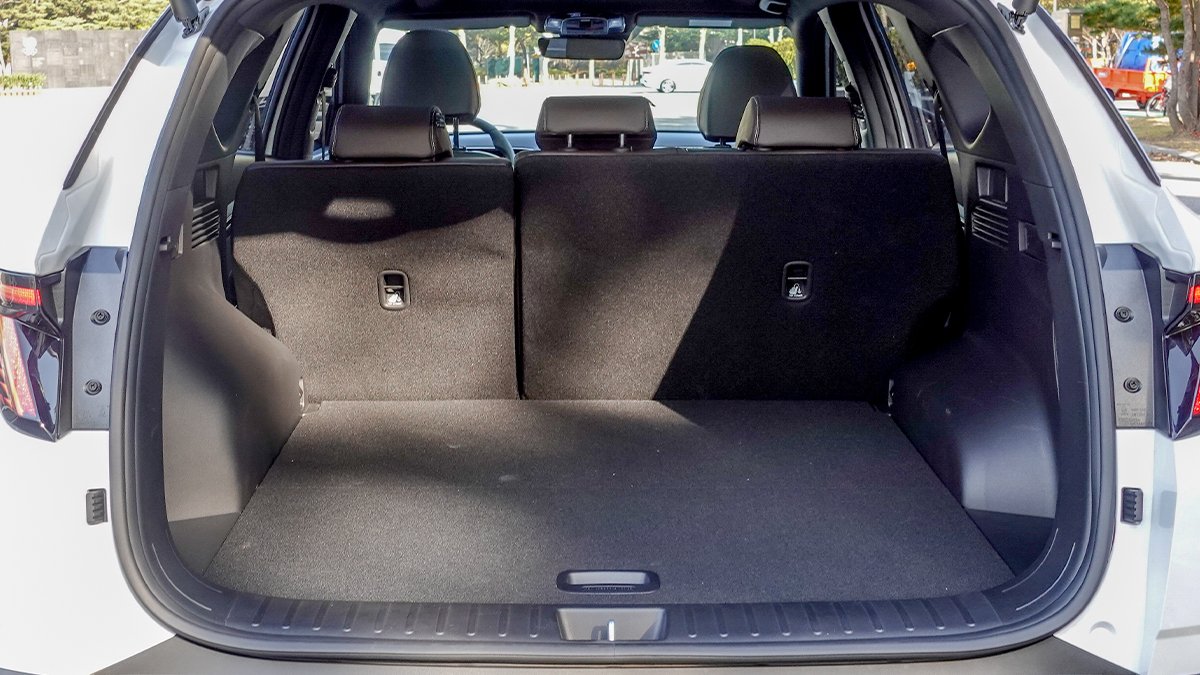 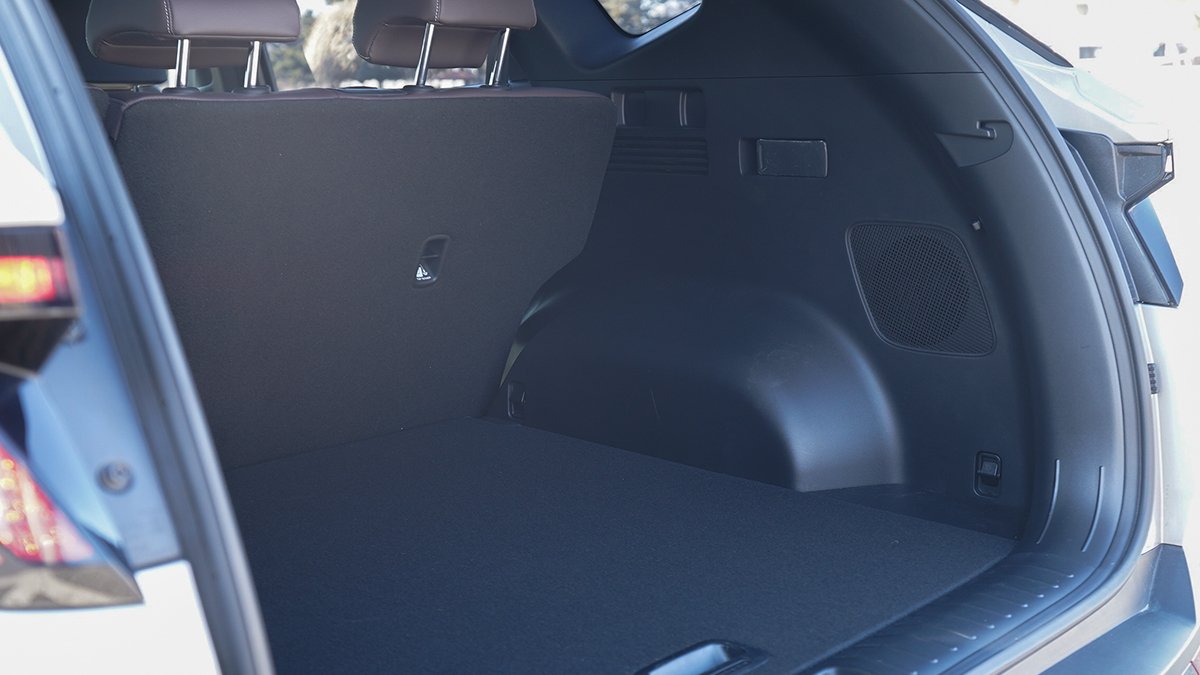 The trunk also boasts a space that is not lacking when camping, traveling, and when the child needs to put more luggage than expected. The trunk capacity is 622L, which is an increase of 109L from the existing 513L, so you can utilize a wider space.

In addition, fold & dive seats are applied to the second row seats, enabling full flat. This makes it possible to take a more relaxed break, and it is a great help in performing other activities.

Tucson has a much larger and more spacious space than the previous generation model, and has an excellent aspect as a family car. However, there will be many consumers wondering what the efficiency will be due to the larger body. Indeed, will Tucson be able to satisfy all consumers with a large space and fuel costs that are not burdensome on the daily commute?

So, I measured the fuel economy while driving the commuting route between Seoul and Incheon. The model that will go through the road to work on Friday, which is particularly congested, is a model with a 1.6 turbo Tucson gasoline and a 4WD specification. First, let’s look at the official fuel efficiency of the model.

The addition of 19-inch wheels, a four-wheel drive system and a built-in cam has the lowest fuel economy among the Tucson models. 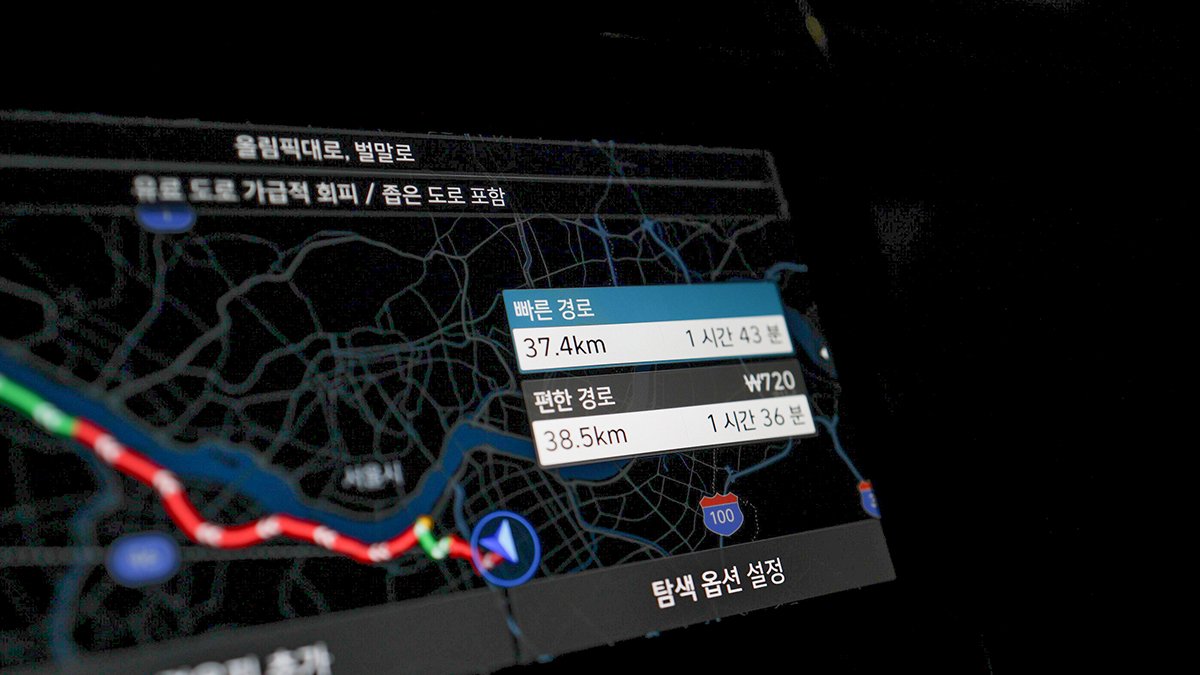 The travel distance confirmed through navigation directions is 37.4km, which is expected to take 1 hour and 43 minutes.(※ Estimated distance and time may vary because it is guided in real time on a route with less congestion.) 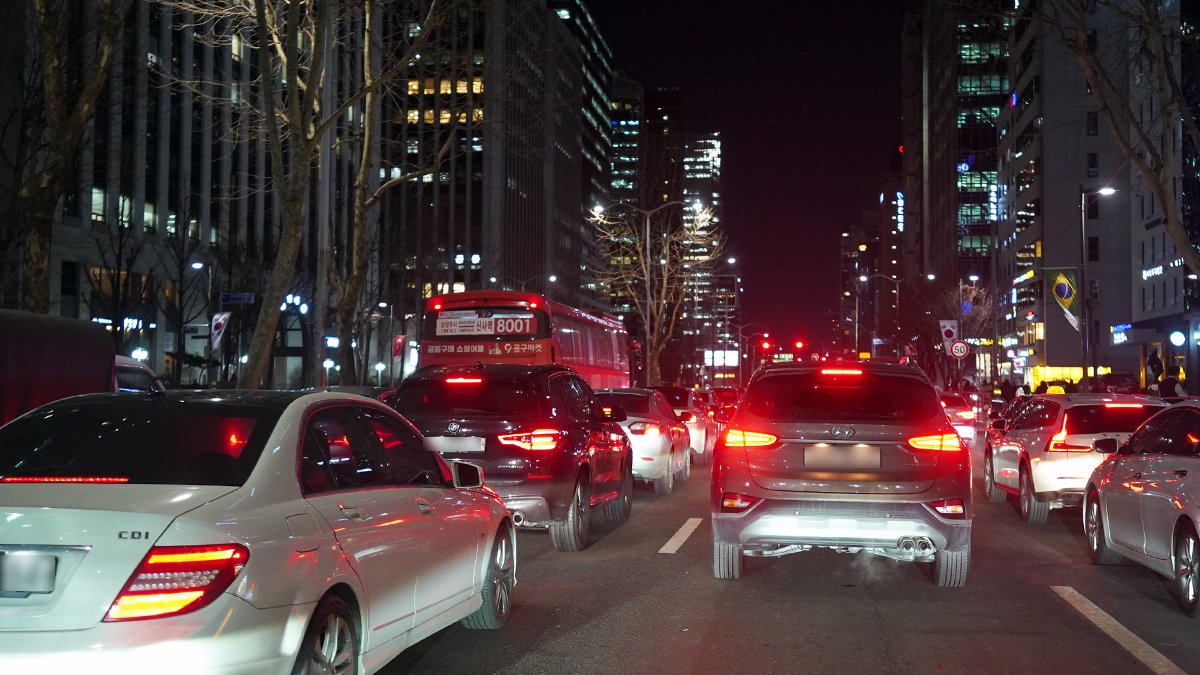 In fact, except for commuting time, the average distance can be traveled within 40 minutes, but due to the heavy traffic, it takes more than twice as much time. In other words, it is an environment in which fuel efficiency is inevitably reduced because there are many sections that are repeated after going rather than constant speed driving. 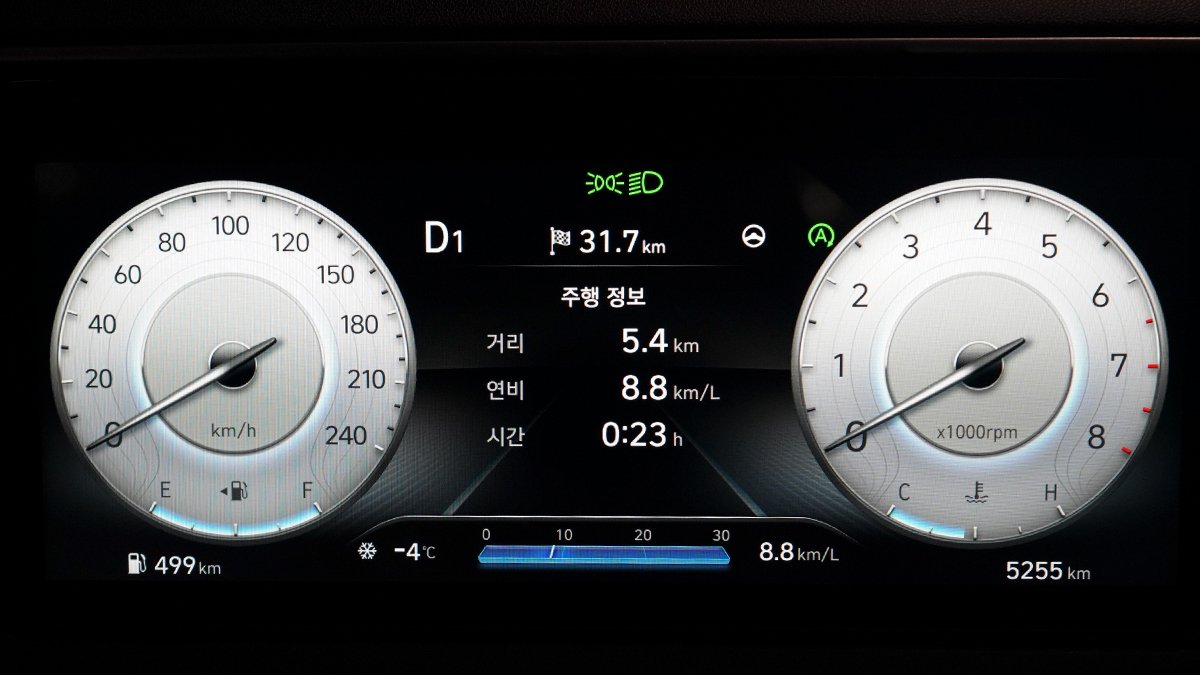 Following the navigation directions, it took about 5.4km to go through Teheran-ro and enter Olympic-daero, and it took 23 minutes. The fuel economy measured here is 8.8km/L. In particular, traffic congestion is also congested in the city section, but there are many traffic waiting sections, which inevitably increases the stopping time.

ISG (idle stop & go) function, mainly applied to past diesel models, Recently, it has been gradually applied widely to gasoline models. The Tucson gasoline model also provides an ISG function that temporarily stops the engine when it stops, so as well as a quiet interior space. The fuel consumption rate can also be reduced to some extent. 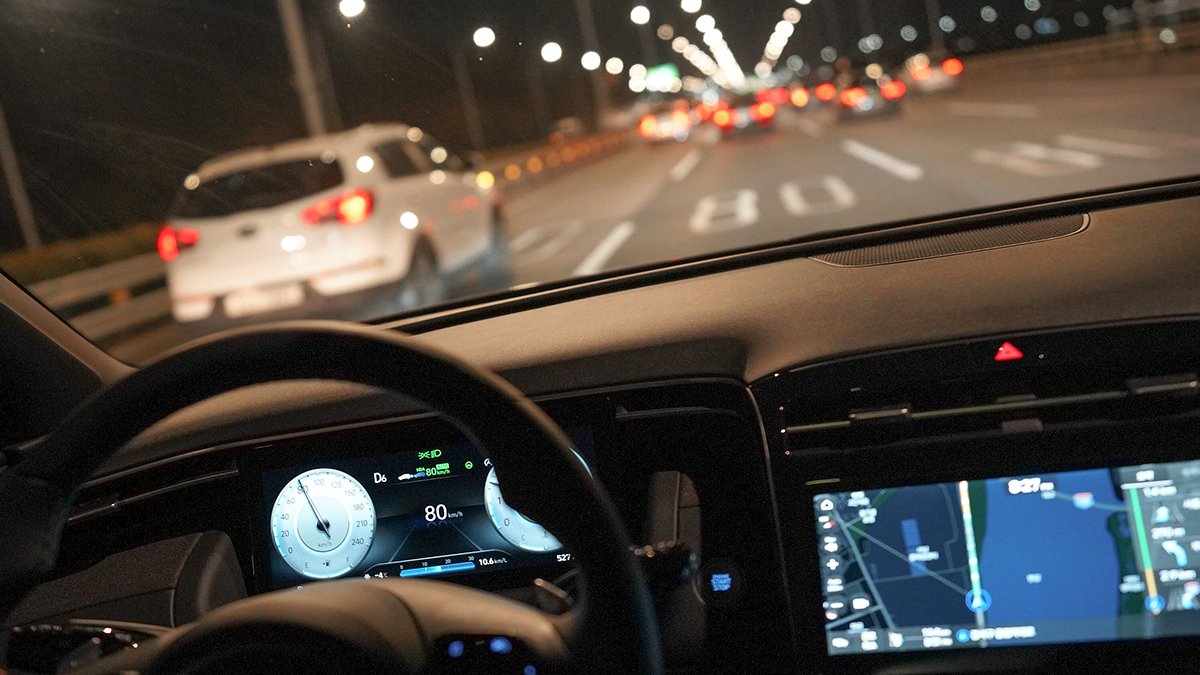 Eventually, I climbed onto the Olympic Highway and shared the flow with numerous cars. The congestion begins to dissipate at the edge of Gayang Bridge when concentration is lost due to severe congestion. When it passes about 20km after departure, the fuel efficiency is 10km/L It was measured internally and externally. 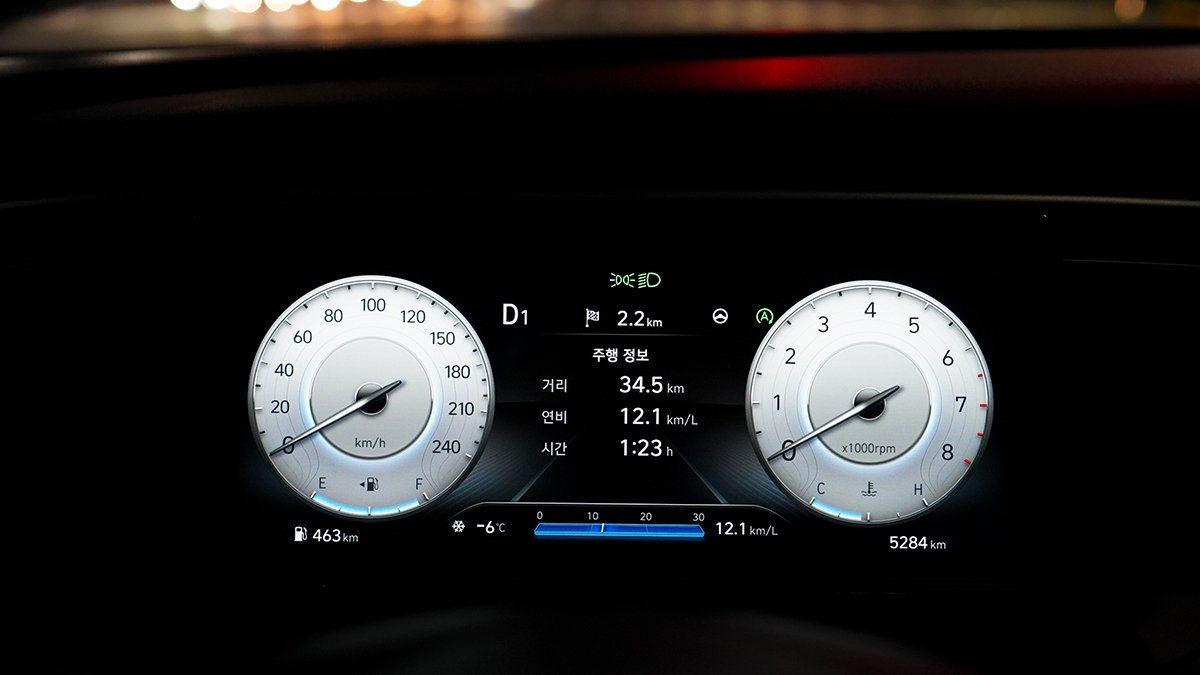 When entering the route from the Olympic Highway, the fuel economy is 12.1km/LAs a result, fuel economy has risen noticeably during cruise. 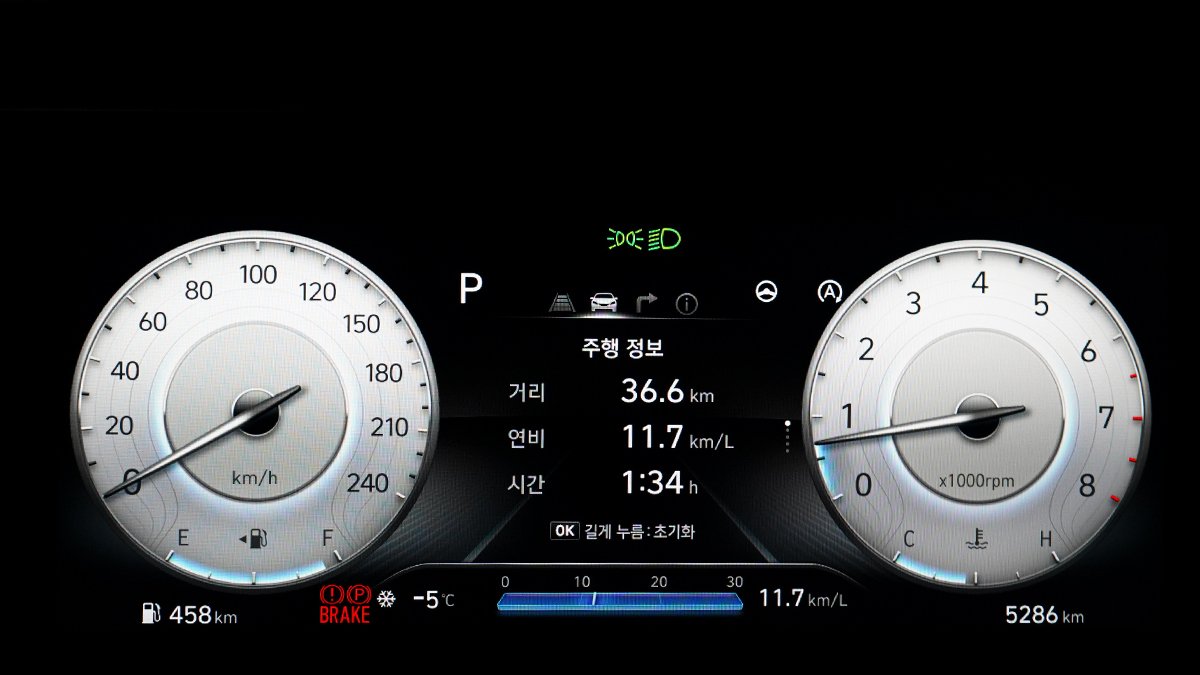 Finally, after arriving at the destination, I checked the final fuel economy. The total mileage on the way home from work is 36.6km and fuel economy is 11.7km/L It took 1 hour and 34 minutes.

When compared with the official fuel efficiency of the same specifications as the model on board, the actual fuel efficiency is about 0.7km/L. Measured higher. However, in the case of the way home from work, it is a pattern close to the’city’ driving that repeats after going. If compared to the city driving mileage, the actual driving mileage is about 1.5km/L higher.

So far, we have looked at the space and actual fuel efficiency of Tucson. Tucson is a global best-selling model that is popular not only in Korea but also abroad. As such, it can be seen as a model that can meet the needs of various consumers.

In particular, the interior has the widest space compared to the same class model, so it might be the best choice as a semi-mid-sized SUV family car. In addition, it is suitable for daily commute with its abundant product offerings that deliver driving comfort and high fuel efficiency.

If there are consumers who want to catch three rabbits with reasonable price, ample space and efficiency as a family car, please consider the Tucson introduced today. It will surely be a choice without regret. 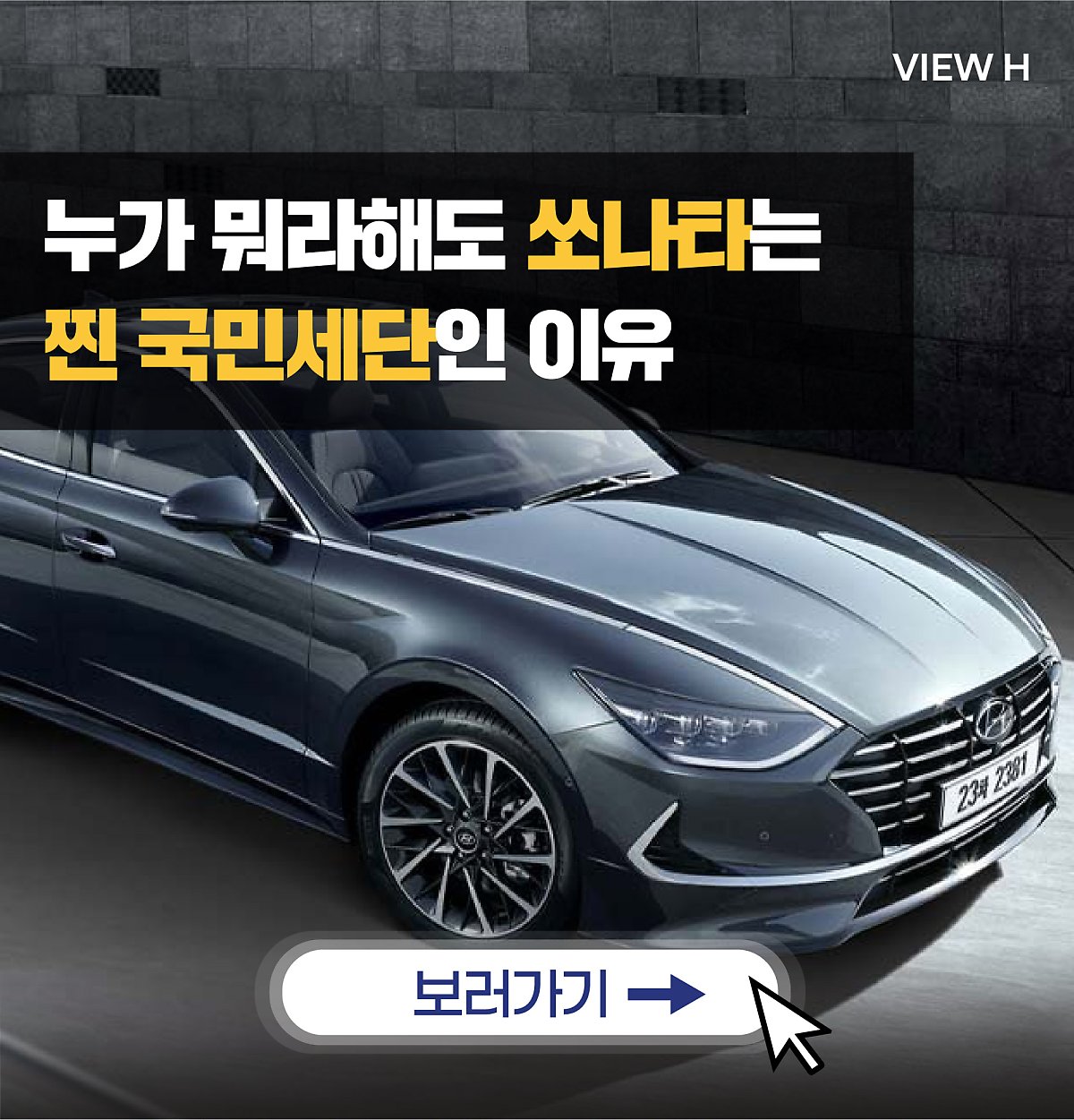 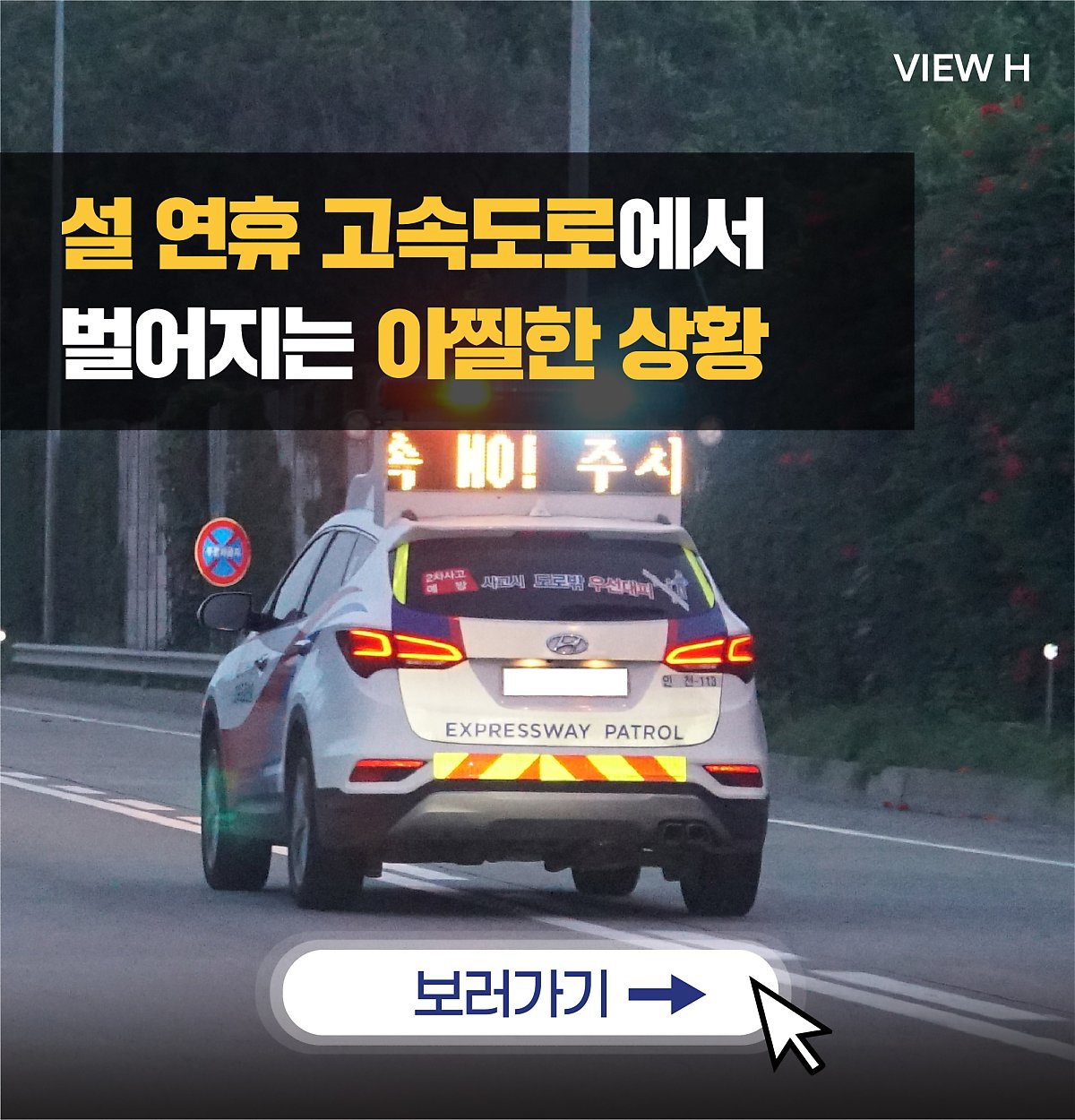