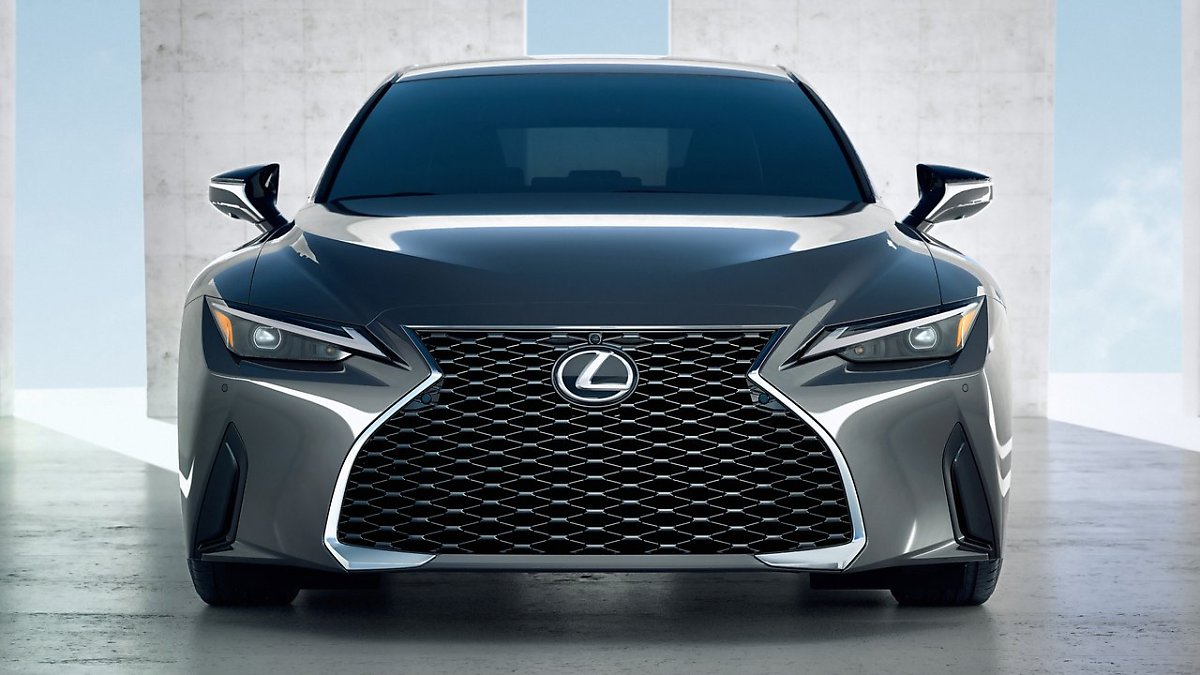 Lexus, Japan’s leading premium brand, is planning to launch various models this year. In particular, there is news of a new car related to the high-performance sub-brand Lexus F. Motor1, an automobile specialist, predicts that Lexus will release a total of three F models this year.

The first of them is the IS F. The IS is a model in charge of the D segment in the Lexus lineup, and is the brand’s representative sports sedan. Lexus already unveiled the second facelift of the 3rd generation IS in June last year, showing a big change close to full change. 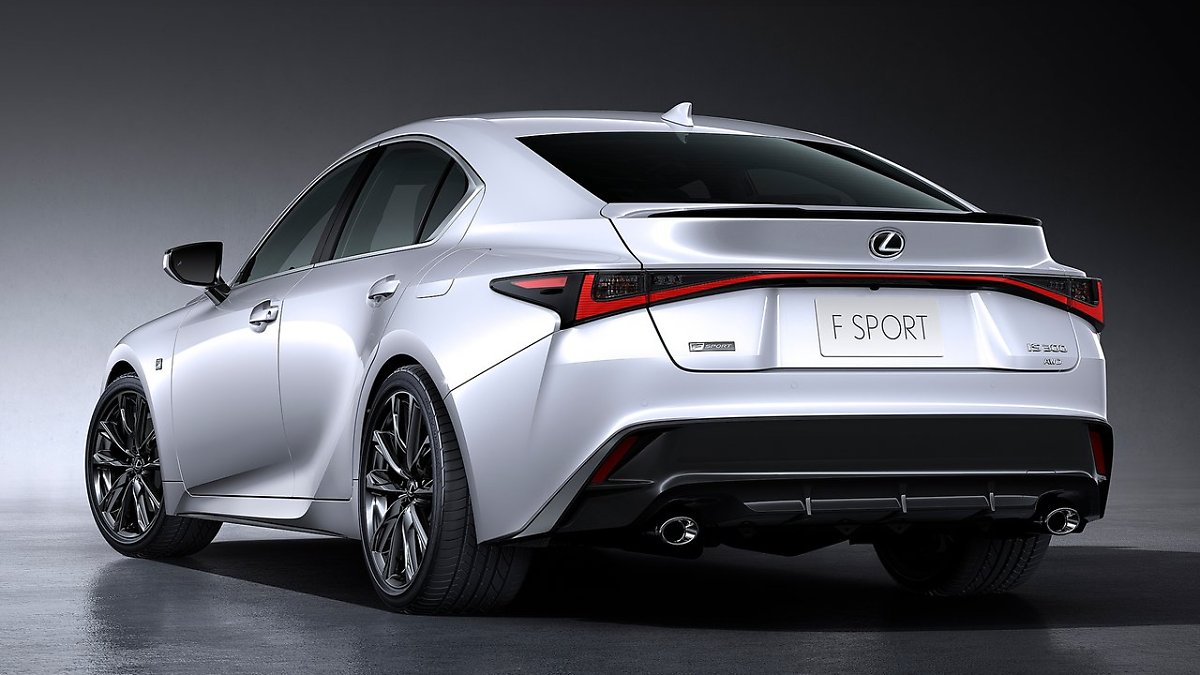 The new IS is a model incorporating Lexus’ advanced engineering technology and lightweight technology. The rigidity of various parts of the vehicle has been strengthened, and the bolts inside the 19-inch wheel have become lighter based on the technology accumulated during the LFA development process.

In addition, Lexus has further improved the vehicle’s weight by using coil springs and A arms, which are 20% and 18% lighter than the previous model, respectively, and a new shock absorber has been applied. 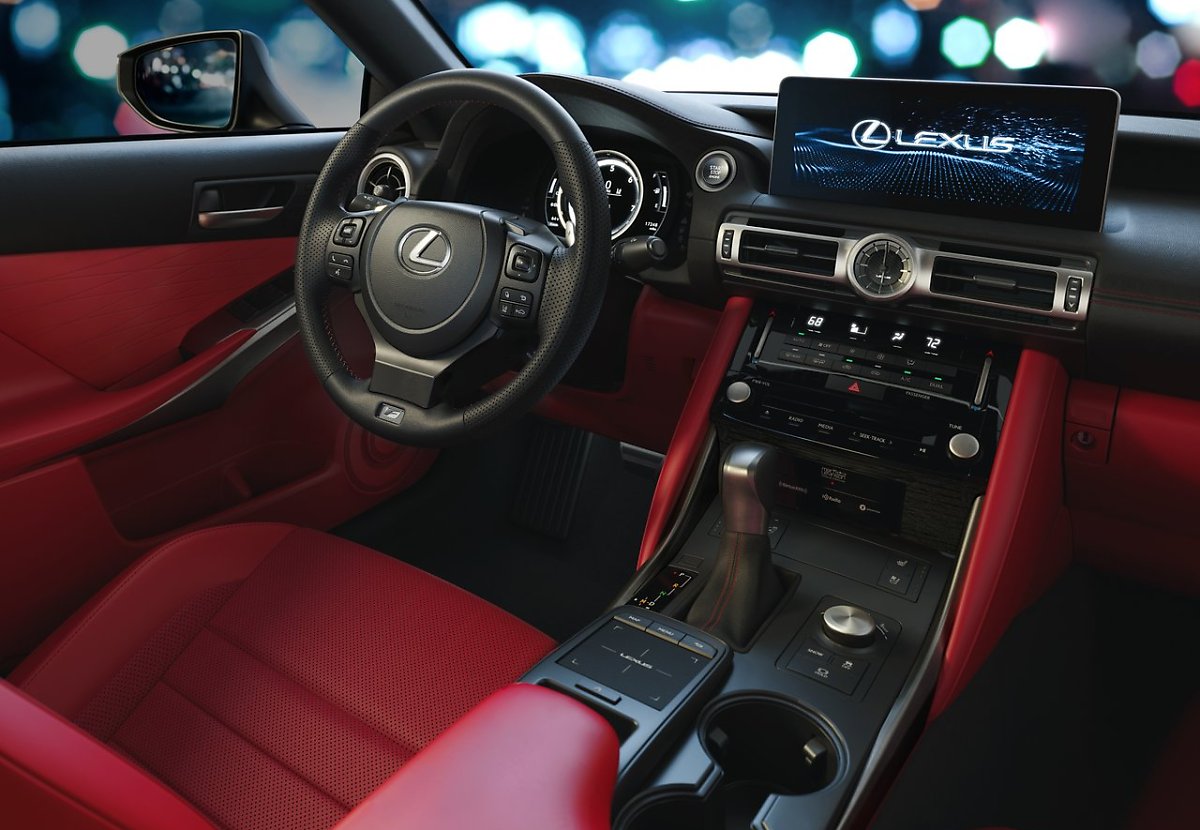 The new IS F, which was delivered by foreign media this time, is expected to exhibit even more powerful performance. Motor1 said the new IS F could have the same 5.0-litre naturally aspirated V8 engine as the RC F. It also said it would deliver up to 472 horsepower and 54.6 kg.m of torque. 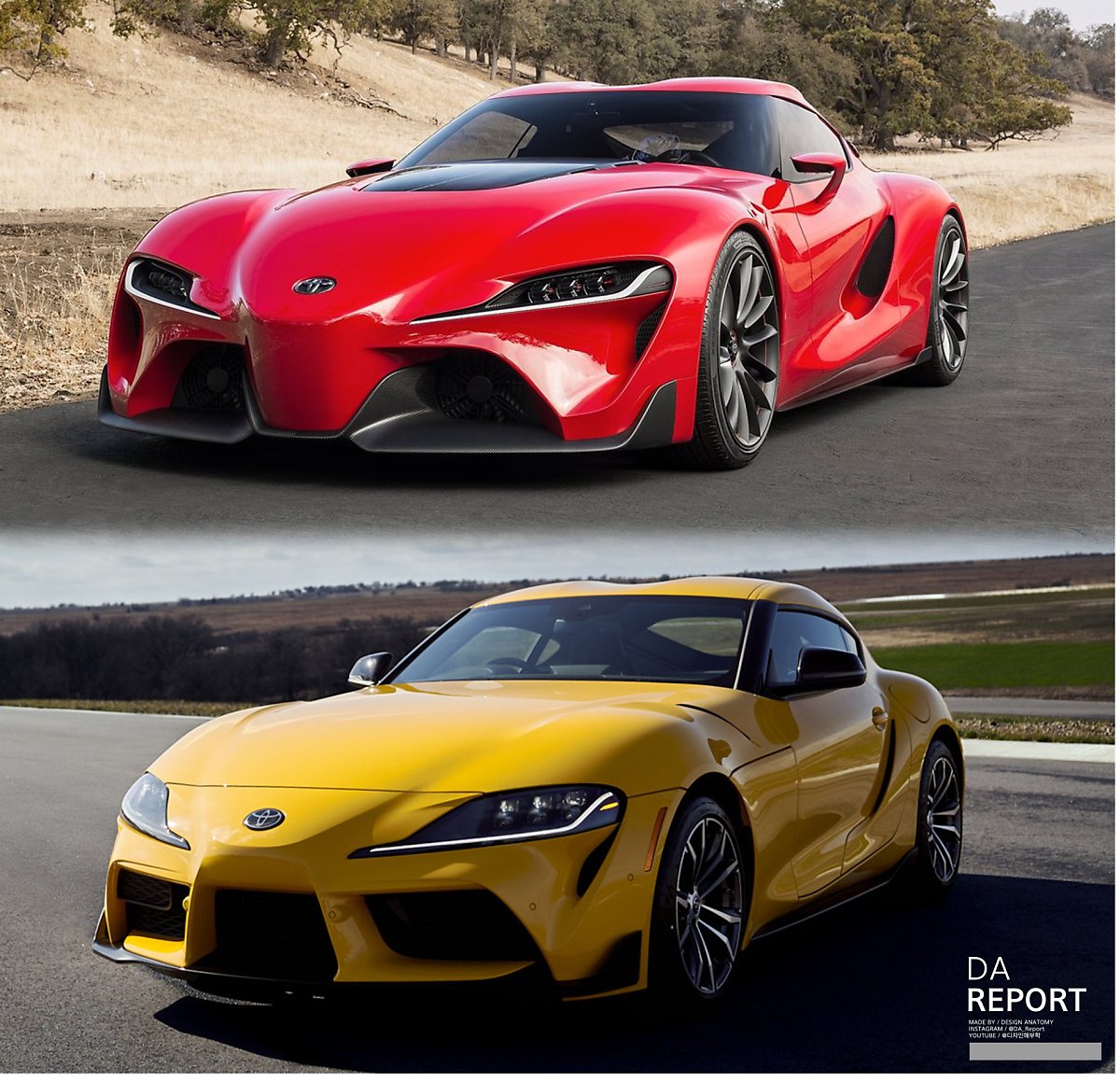 FT-1 concept and mass-produced Supra model based on it

Other powertrains include BMW’s in-line six-cylinder engine applied to the new Supra, which Toyota recently introduced 18 years after discontinuation in 2002. The 3.0-liter in-line six-cylinder engine installed in the Supra delivers up to 340 horsepower and a torque of 51.0 kg.m. In addition to the Supra, it has also been installed in BMW’s new Z4.

With a naturally aspirated 5.0 liter V8 gasoline engine, this model delivered up to 430 horsepower and 51.5 kgm of torque, with a decent zero back of 4.6 seconds. At the time, it was evaluated as a vehicle that harmonized the durability, quietness, and powerful performance of Lexus and enjoyed great popularity. 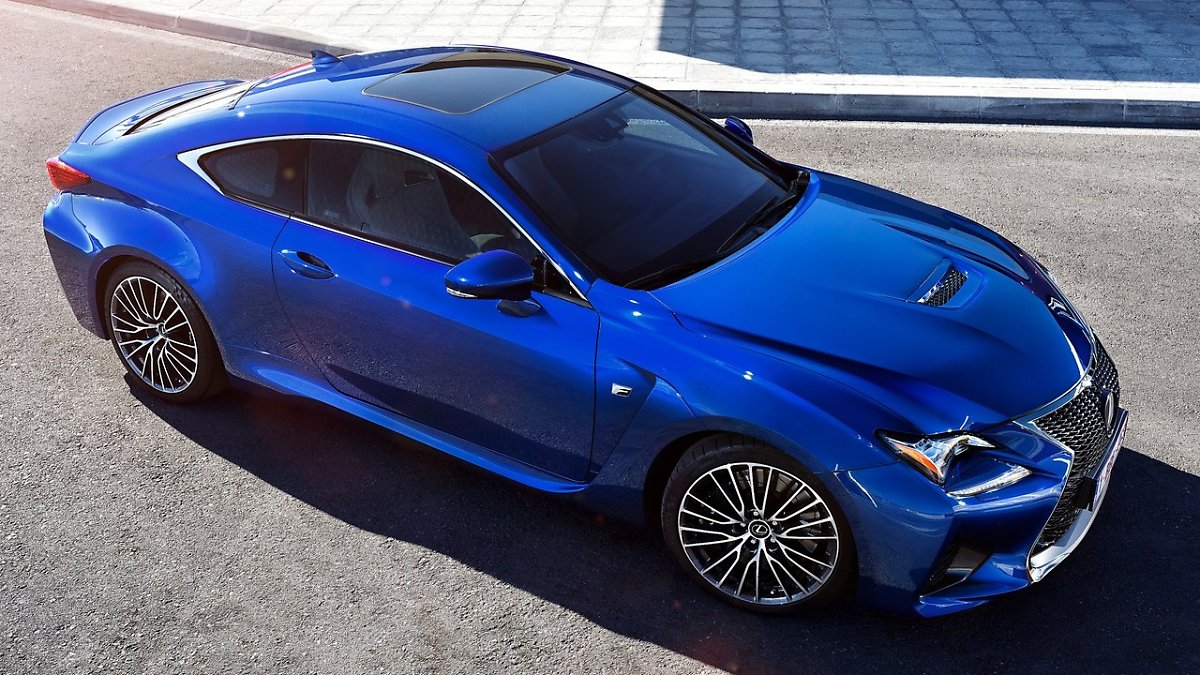 Since then, Lexus has continued its high-performance lineup by releasing the RC F rather than the new IS F. Made at the Aichi plant that produced the LFA, the RC F was equipped with the same naturally aspirated 5.0 liter V8 gasoline engine as the second-generation IS F, delivering up to 479 horsepower and 54.6 kg.m of torque.

In addition to the powerful engine performance, a dedicated suspension was installed inside the RC F, and Lexus’s first triple-beam LED light was applied to the headlights. In this way, Lexus has filled the gap in the IS F with the RC F, but is expected to further expand its lineup of high-performance models by releasing the new third-generation IS F. 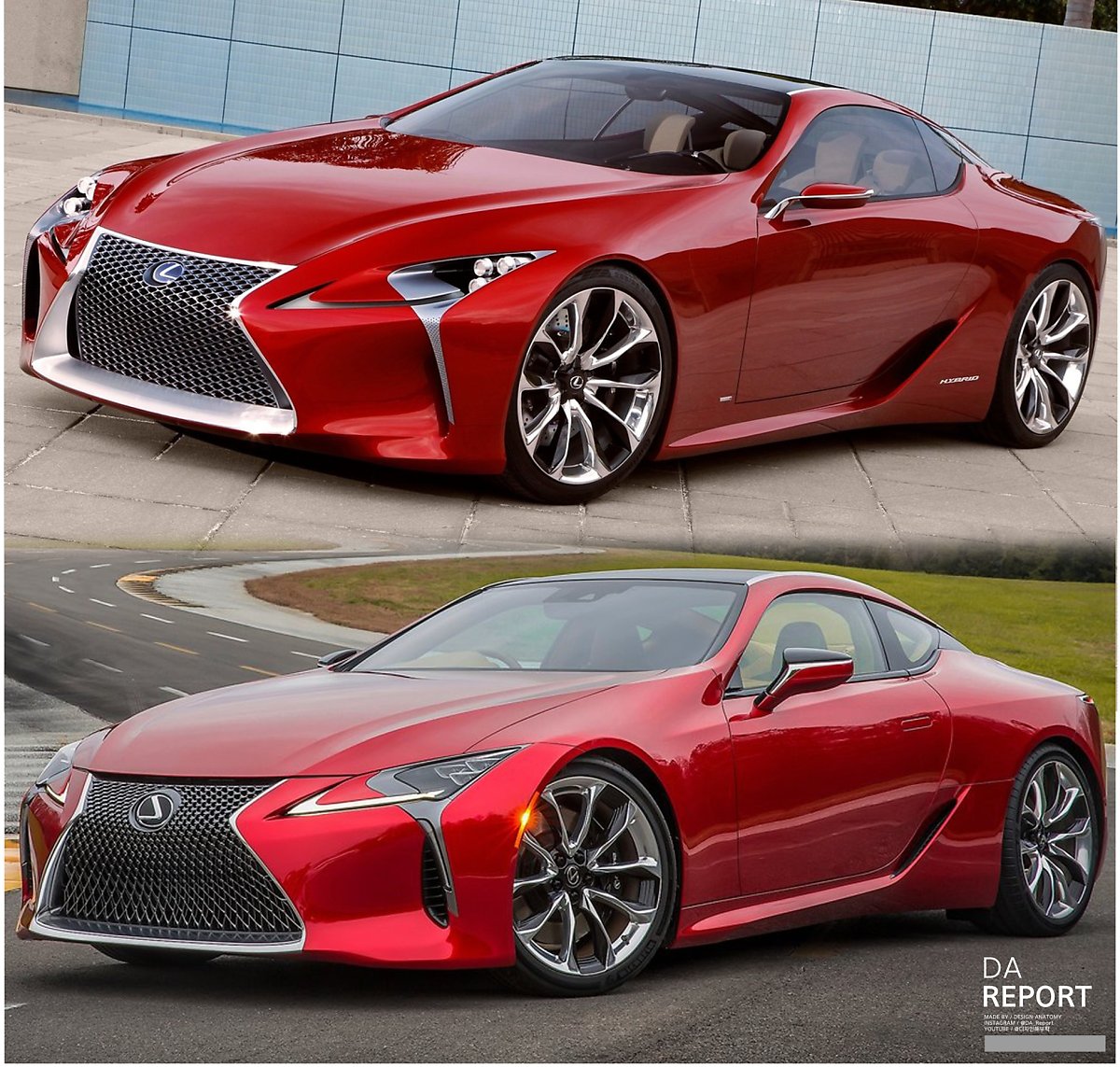 In addition to the new IS F, Motor1 announced that the LC F and the flagship LS F will also be released.

The LC is a rear-wheel drive-based sports coupe unveiled by Lexus in 2017, based on the LF-LC unveiled at the Detroit Motor Show in 2012. LF-LC gave a fresh shock to many with its unprecedented design at the time of its release, and in 2016 Lexus succeeded in mass production with a design similar to this. 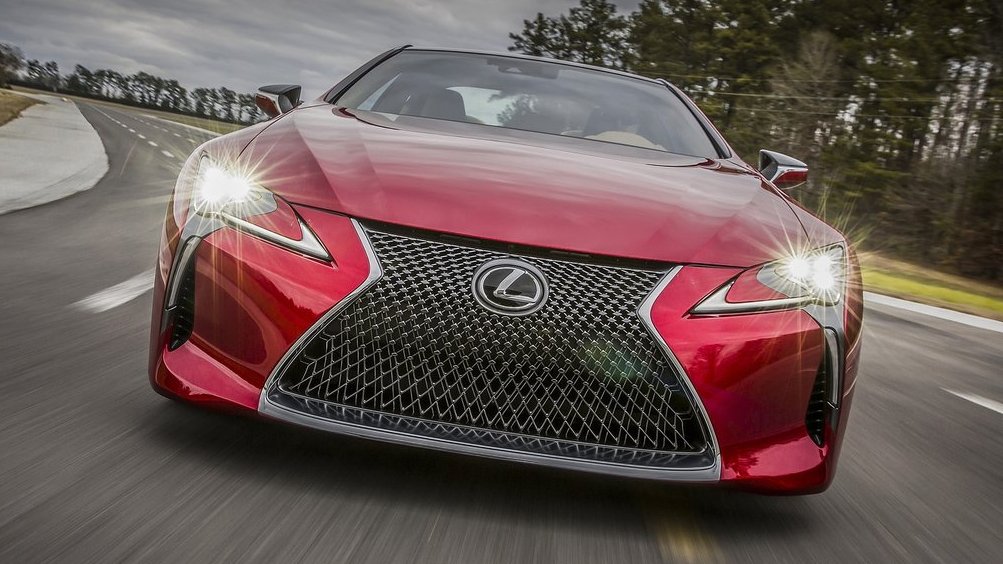 The LC was the first model to apply the new GA-L (Global Architecture-Luxury) platform, and Lexus achieved the vehicle’s weight reduction by utilizing carbon fiber and aluminum, while at the same time installing an LC-specific multilink suspension to provide optimal driving performance. 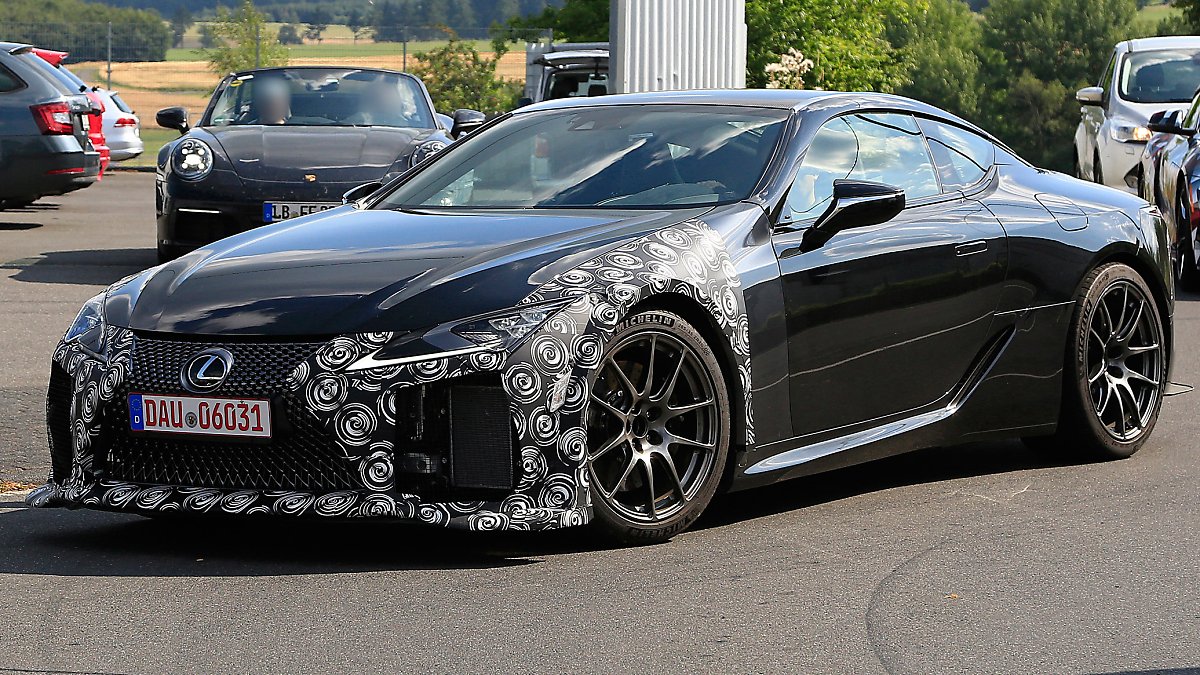 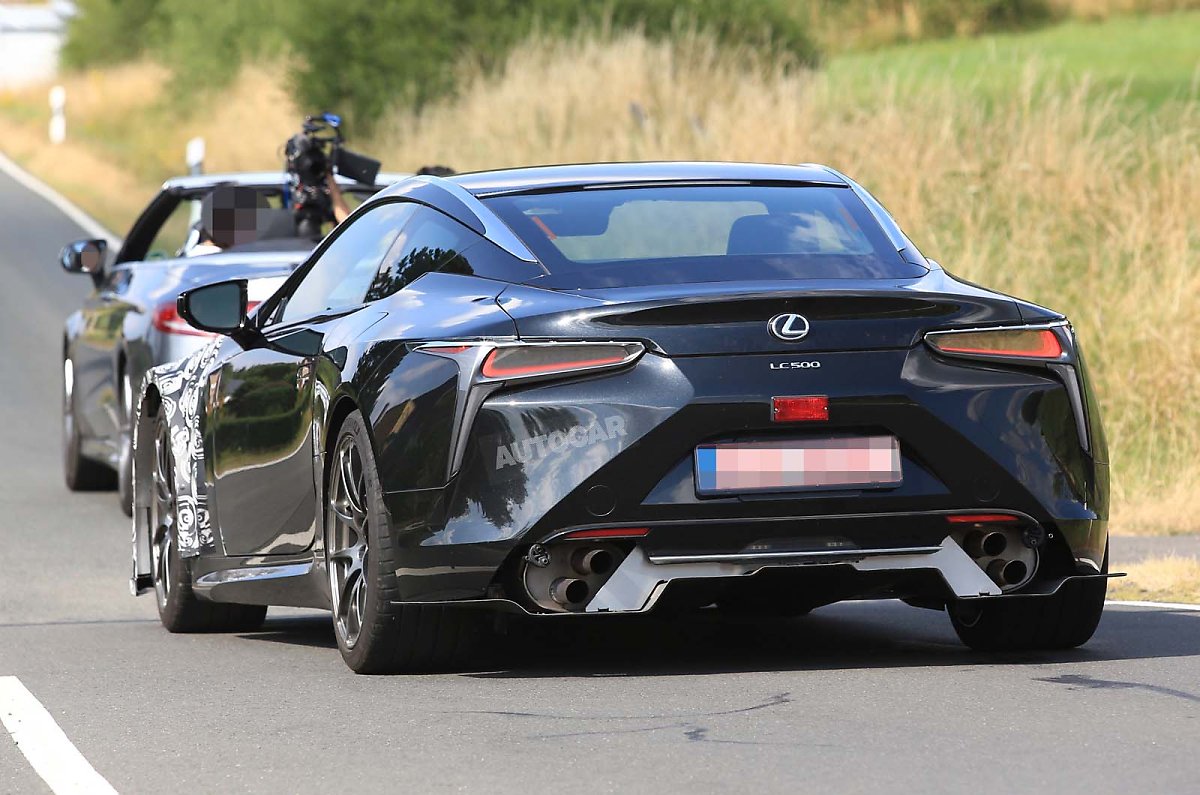 In this way, the LC is still showing good performance, but Motor1 said the new LC F will show even more powerful performance with a twin-turbo 4.0-liter V8 engine, which is expected to deliver up to 660 horsepower and 66.2 kg.m of torque. .

Along with the powertrain, design changes are also expected. The front air curtain of the LC F driving test model is expected to be larger, and the muffler is also newly arranged vertically.

Additionally, foreign media explained that the same engine will be installed on the LS F as well. Lexus has already suggested the launch of a high-performance version of the LS in 2017, and a Japanese magazine released a picture that is presumed to be the LS F, scamming many fans’ questions.

In this photo, the LS F was equipped with a radically shaped air curtain and a side air blower that was never seen before, giving off a sporty impression peculiar to a high-performance model. 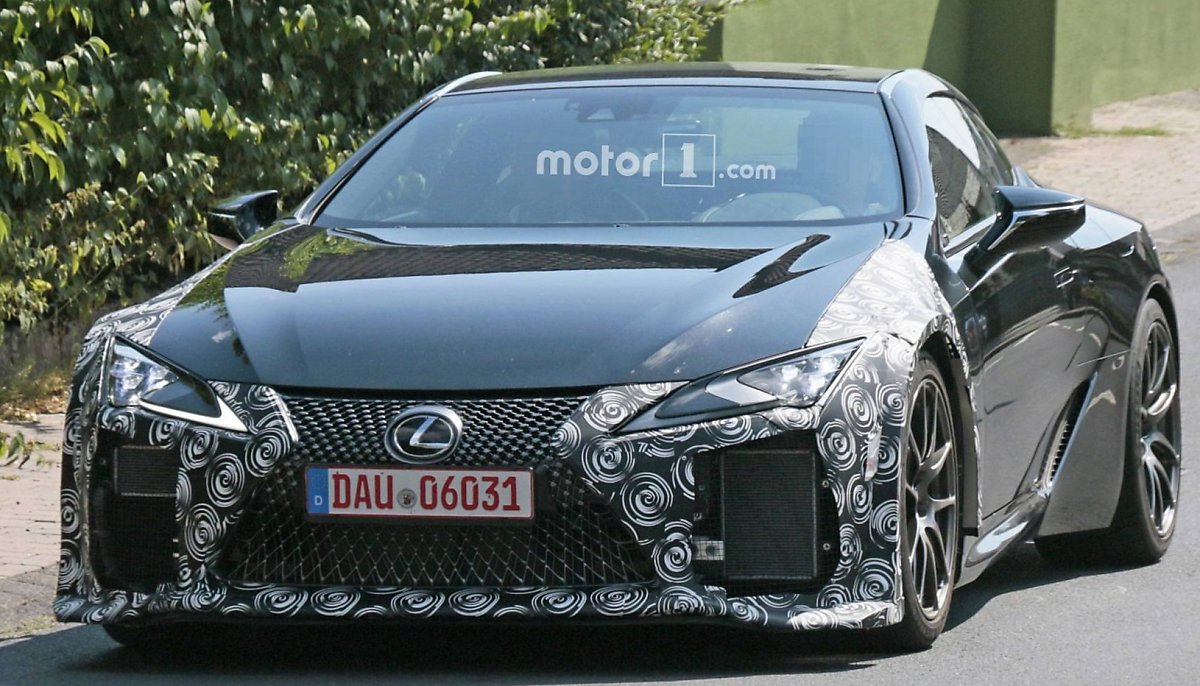 Motor1 cited the explanation of the Japanese magazine Best Car Web, and announced that the current Lexus plans to release three high-performance models around November this year. I will conclude today with anticipation of seeing Lexus’ new F lineup. Thank you.

The news from Lamborghini, who enjoys’new transformation’ of all-time popularity-design anatomy
The super SUV Urus, which is directly driving the growth of Lamborghini, is preparing for a new change by surpassing 10,000 cumulative sales in three years after its launch in 2017. This is the same move as Porsche’s third-generation Cayenne, which is currently predicting a facelift, and the Urus is also set to face a new design in about four years. The Urus, built on the Volkswagen MLB platform, is the first mass-produced SUV except for Lamborghini’s past small-scale SUVs. […]
designanatomy.co.kr 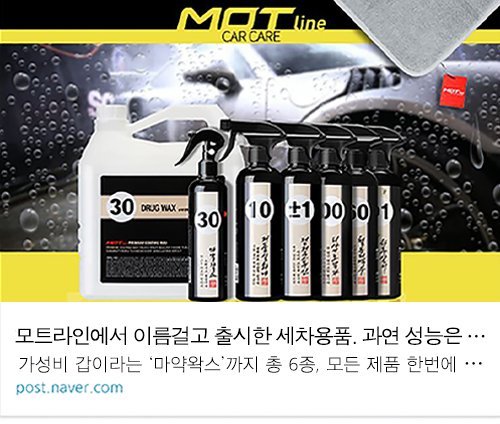 Porsche is preparing a new SUV in 4 years-‘How do you not say this?’
Porsche is preparing a new model. It is the facelift of the Cayenne, Porsche’s flagship SUV, which has undergone a new change in about four years since its launch in August 2017. The Cayenne, built on the basis of Volkswagen’s MLB platform, showed high popularity with 71,458 units sold in 2018, when the launch began in earnest, and the Cayenne Coupe was launched in 2019, further broadening consumer choice. Porsche has taken the existing design to a more aggressive form with a new facelift. […]
designanatomy.co.kr

Lexus has been quiet for a while, revealing the identity of the teaser-Design Anatomy
In 2020, when various European brands have been busy building their electrification lineup, Japanese Lexus, which was somewhat quiet, recently released a teaser image of a new concept model. In fact, this teaser is an additional photo of the new concept teaser image that Lexus released last December. This is because Lexus, which has been more focused on hybrids than pure electric vehicles, together with its parent company Toyota, has been working on the development of pure electric vehicles in earnest. […]
designanatomy.co.kr

Benz’s upcoming super sedan’Panamera is finally job’-design anatomy
This meaningful phrase’AMG is rewriting a high-performance future’ is a phrase in a video released by Mercedes AMG at the end of 2019. In the video, several models developed by AMG are featured, including the AMG GT Coupe, Mercedes AMG Petronas, and Mercedes’ new Hypercar One. Among the Porsche Panamera lineup, the flagship rival of the AMG GT 4-door, the Panamera Turbo S E-Hybrid model is equipped with a 4.0-litre two-turbo V8 engine and a 17.9kWh capacity battery pack. […]
designanatomy.co.kr

‘How long it’s been since it’s been released…’ unfortunate news from Mercedes-Design Anatomy
Benz, which is showing a busy move, delivered unfortunate news by releasing a large 56-inch hyperscreen installed in EQS and EQA, the second model in the EQ lineup. This is the recall of the new S-Class. The new S-Class, which was unveiled in October last year, is the next-generation 7th-generation model following the 6th-generation S-class released in 2013, and is a new flagship model from Mercedes that incorporates design cues using triangles and various cutting-edge technologies. In Korea […]
designanatomy.co.kr

The real design revealed when the’Ioniq 5 comes out like this’ teaser brightness-design anatomy
The teaser image and video of’IONIQ 5′, the first model of the electric car brand Ioniq launched by Hyundai Motor Company last year, has been released. The design of the IONIQ 5, which had been revealed only as a spy shot over a camouflage film, has been officially released after driving tests. The Ionic 5 is a model that inherits the design of the EV Concept 45 that Hyundai unveiled in 2019, and the EV Concept 45 is inspired by the Pony Coupe Concept that Hyundai Motor Company unveiled at the 1974 Turin Motor Show. […]
designanatomy.co.kr

‘Finally back’ This Lexus car is fully changed in 7 years-design anatomy
Lexus is preparing a new model. It is the second generation Lexus NX, which is currently undergoing driving tests. The new 2nd generation model is attracting attention from Lexus fans as a new model that appears 7 years after the 1st generation model in 2014. The NX is the second largest vehicle in Lexus’ crossover lineup, and the first-generation NX inherited the LF-NX concept unveiled in 2013, and was unveiled for the first time in the world at the 13th Beijing Motor Show in 2014. […]
designanatomy.co.kr