[오토트리뷴=김예준 기자] In August 2020, Ram’s 1500 hardcore high-performance model, TRX, was unveiled. The TRX received a lot of attention with its aggressive exterior design and its peak output of 702 horsepower. This was enough to shabby the design and output of the competing model, the F150 Raptor. 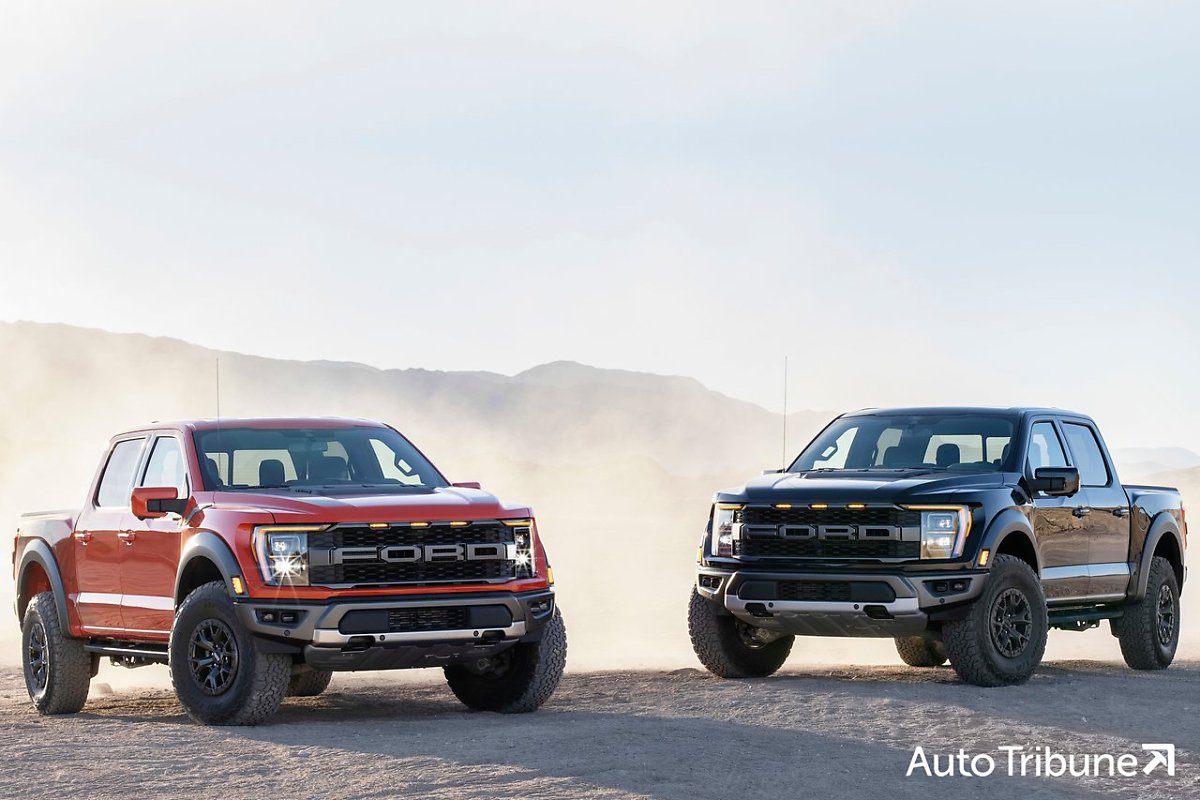 On February 3rd, Ford unveiled a Raptor version of the new F150. The new F150 Raptor, unveiled by Ford, had only the same output as the old model and a design change that consumers can predict. Later, on social media, rumors arose that the Raptor R, the top vehicle of the F150 Raptor, would be released, and it was officially announced through a number of foreign media soon after.

The recently unveiled F150 Raptor is a third-generation model and, like the second-generation model, is equipped with a 3.5-liter V6 gasoline turbo engine. Even the first-generation model boasted a strong output and a magnificent exhaust sound with a sleek exterior design and a high displacement V8 gasoline engine. 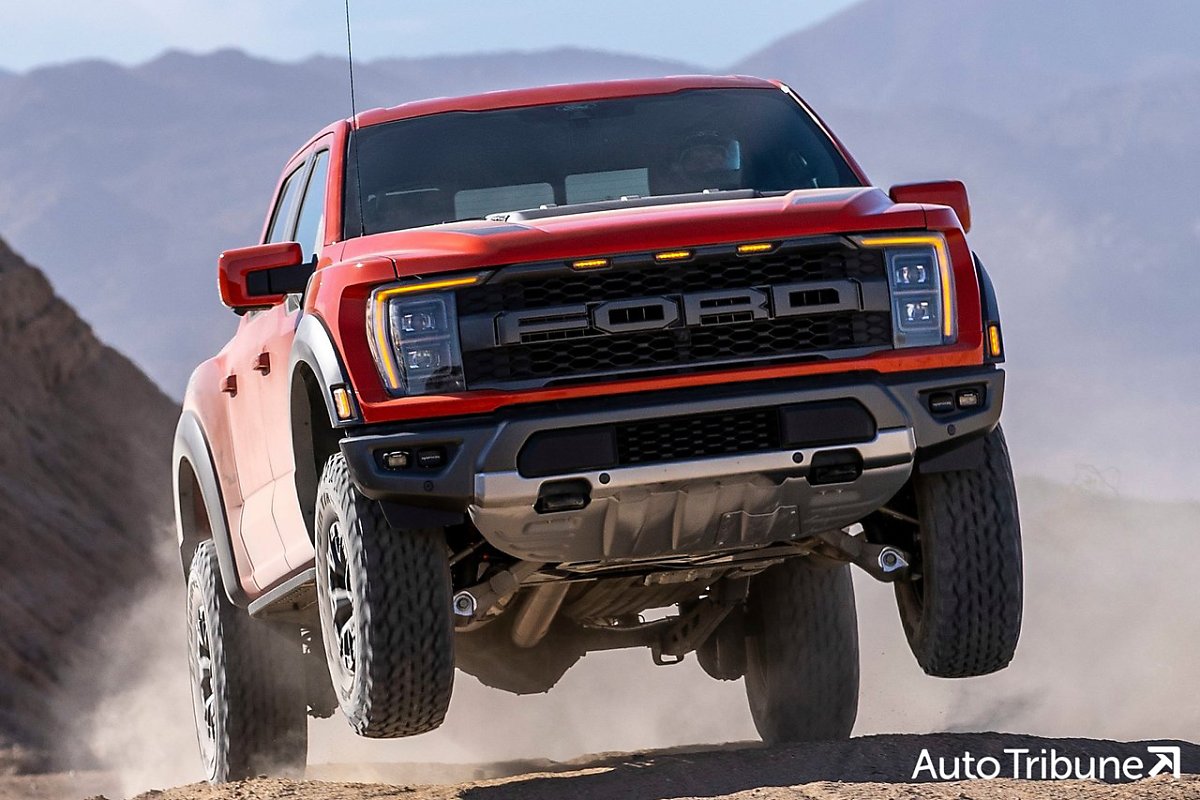 However, starting with the second-generation F150 Raptor model, they began to emphasize the efficiency of the powertrain and drastically lowered the displacement to apply a 3.5-liter V6 gasoline turbo engine. The recently unveiled third-generation model also applied a 3.5-liter V6 gasoline twin-turbo engine that exhibits the highest output of 450 horsepower, and was finished with a Raptor-specific exterior design and off-road-specific specifications.

On the other hand, the Ram 1500 Revel, an off-roader concept similar to the F150 Raptor, is equipped with a 5.7-liter V8 gasoline engine, emphasizing the character of the original off-roader. 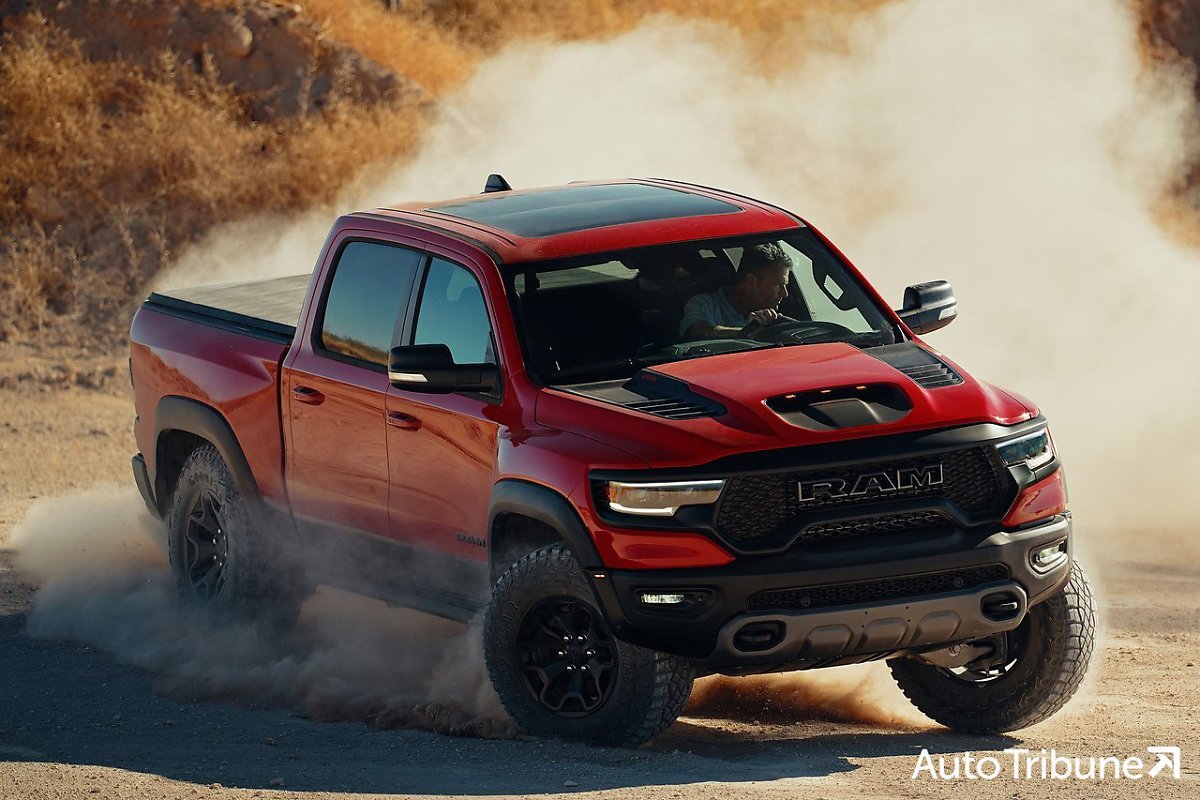 In addition, the recent Ram 1500 has taken a step further and unveiled the TRX. The TRX is equipped with a 6.2-litre V8 supercharged engine to deliver a peak output of 702 horsepower, and an 8-speed automatic transmission interlocked, resulting in a 0-100km/h acceleration time of only 4.5 seconds. In addition, I did not leave out a variety of off-road specialized specifications. As the performance is strong, the frame is modified and the body size is also larger than 1500.

As much as Ram was concerned, when TRX was first released to the public, the reaction in the US, which is the mainland, was enthusiastic, and domestic consumers were also very interested. 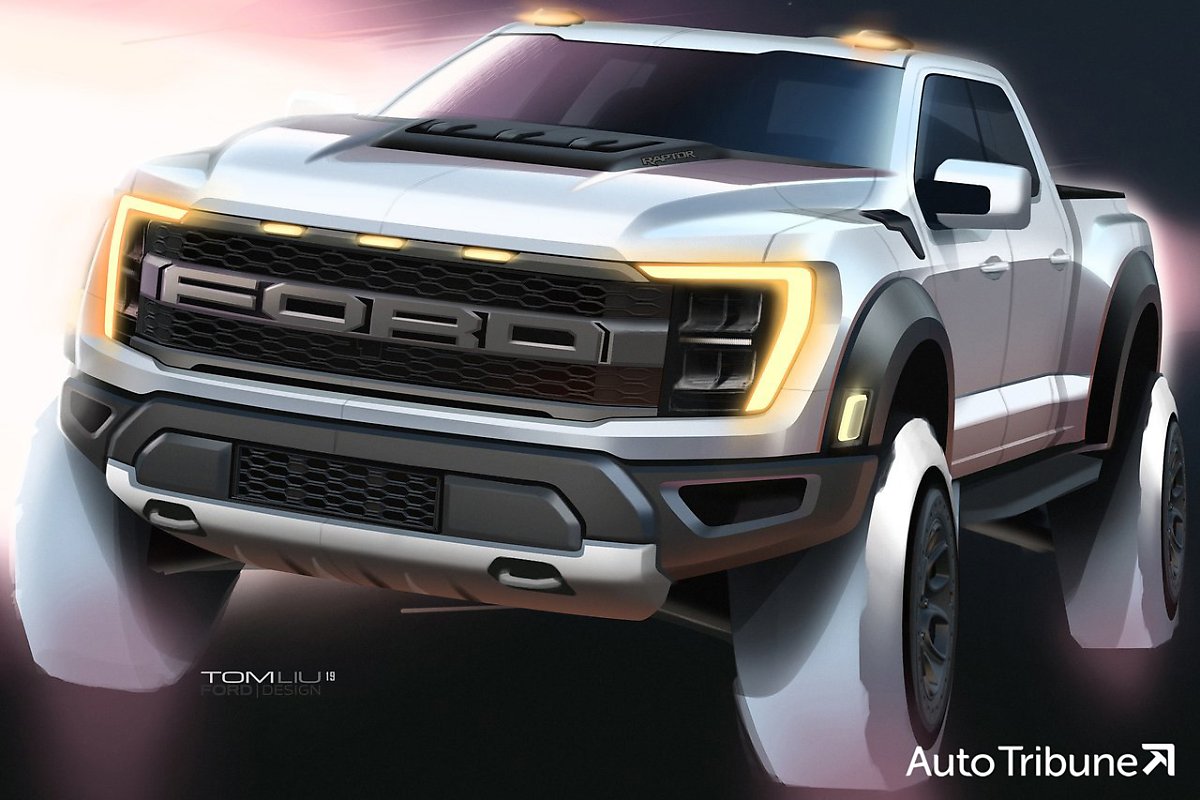 The TRX is a performance that certainly outperforms the Raptor, who pioneered the high-performance offloader market. Ford, with pride in this, plans to launch a new Raptor R as the top model of the Raptor. No specific information has yet been released, but it is certain to put on a more advanced powertrain than the new F150 Raptor.

It is a certain situation to put on a V8 engine. However, the exact specifications of the engine have not been disclosed. What is certain is that it is higher than the TRX’s highest output of 702 horsepower. 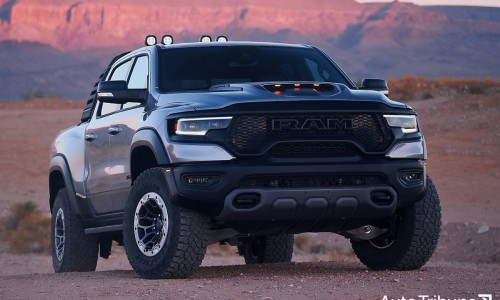 Ford F-150 Raptor era is over, 702 hp Ram 1500 TRX released-Auto Tribune
[오토트리뷴=김예준 기자] Ram, an American pickup truck brand, has unveiled the 1500 TRX (hereinafter referred to as TRX), a hardcore version of the 1500. It’s a different dimension from the Ram Revel, which has 396 horsepower with a 5.7-liter V8 engine, and a 450 horsepower Ford…
www.autotribune.co.kr 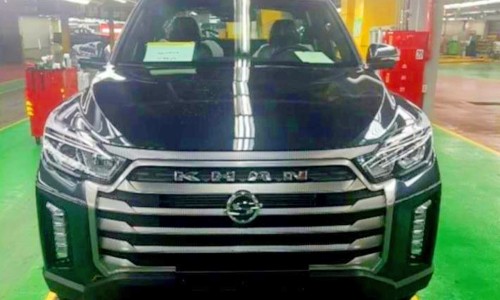 Ssangyong Rexton Sports Khan spy shot leak, how will it change? -Auto Tribune
[오토트리뷴=양봉수 기자] While Ssangyong Motor’s Rexton sports car is about to be released in March-April, a spy shot that appears to have been taken on the production line was recently revealed. Stronger teeth through changes in the front design…
www.autotribune.co.kr 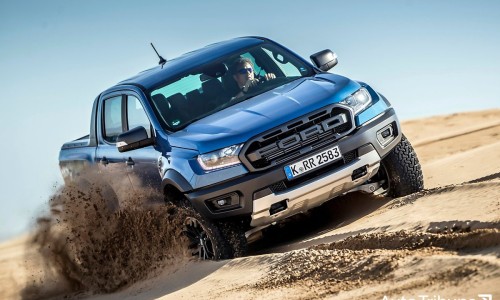 Pre-contract for Ford Ranger, price of 4,990 ~ 63.9 million won-Auto Tribune
[오토트리뷴=양봉수 기자] Ford Korea has confirmed the price of the Ranger, which is expected to be released in March-April this year, from 49.9 million won to 63.9 million won, and the dealer has already disclosed specific colors and specifications, confirming that it has entered into a pre-contract…
www.autotribune.co.kr 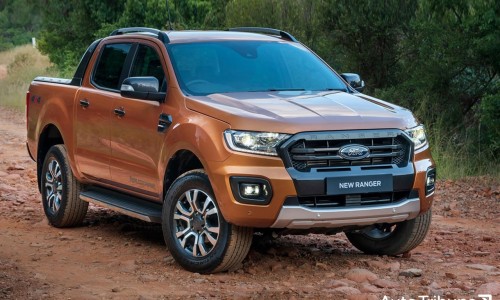 [단독] Ford Ranger “It’s not from America, it’s from Africa”-Otto Tribune
[오토트리뷴=양봉수 기자] With the Ford Ranger officially launching in March, the sales site has already entered into a pre-contract. According to field officials, Rangers sold domestically are not produced in Michigan, but South Africa…
www.autotribune.co.kr 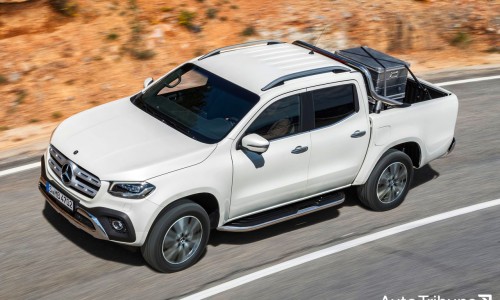 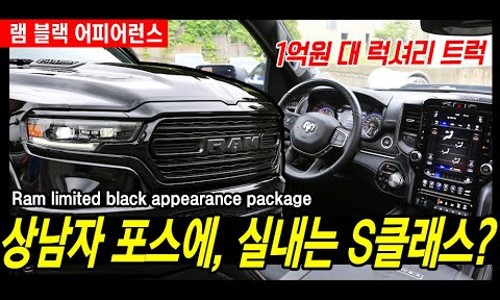 “It’s not just a truck, it’s a 100 million won luxury pickup truck” | How does Ram Revel meet with Limited? | American trucks with different classes (JW Motors Ram Limited Black Appearance Package)
▶ Description This is the most expensive black appearance package among the limited. Since it is a model that is treated as a luxury pickup truck, the interior is very luxurious, and all specifications are applied. Everything is black, so the force is significant. I was a little envious because it was a model that mixed the strengths of Revel and Limited. This…
www.youtube.com 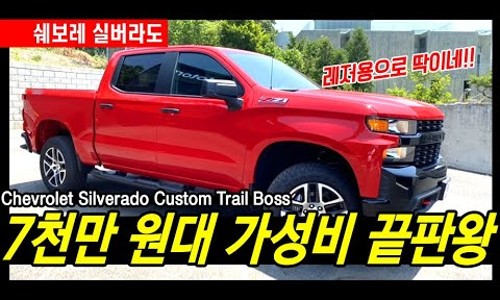 70 million won pickup truck, you can buy silver in one shot, not Colorado tuning! Perfect for car camping, caravan towing, and jet skiing! (Chevrolet Silverado Custom Trail Boss)
▶Explanation Because the price difference between Colorado and Silverado is more than doubled, purchasing Silverado is just like a dream and sometimes it is unrealistic. But even Silver is not a dream if it is a custom trail boss. It is available for purchase in the early mid- to mid-70 million won (including VAT), and the tax is cheap, and it costs 6 people to ride…
www.youtube.com