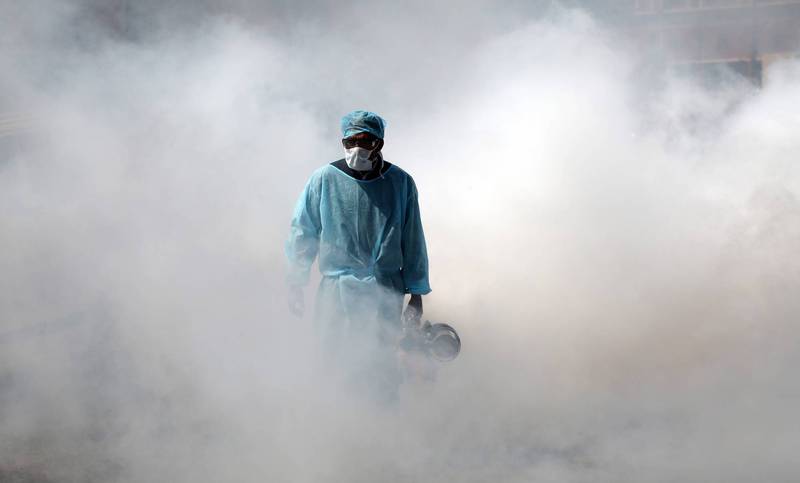 Indian health workers sprayed medicine to disinfect and prevent the epidemic in a market last March. (Photo from Euronews Agency)

[Compilation Guan Shuping/Comprehensive Report]A study by the University of Cambridge in the United Kingdom believes that climate change has caused bats to inhabit and migrate to areas closer to humans. This may have played a “key role” in the outbreak of the new coronavirus.

Researchers at the University of Cambridge used temperature, rainfall data and bat habitat conditions in the past 100 years to analyze and found that 40 species of bats migrated to southern China, Laos and Myanmar during this period. Genetic analysis suggests that the new coronavirus (SARS) -CoV-2) originally came from this area. According to the study, each bat carries an average of 2.7 types of coronaviruses, which means that this area is now a “hot spot” where as many as 100 types of coronaviruses are concentrated.

The first author of the research report, Zoologist Robert Meyer, said, “It is too early to say that our report believes that if there is no climate change, this pandemic will not break out,” but it is difficult to say two things. It’s okay.

Although it is not yet possible to determine the exact path of the novel coronavirus from animals to humans, Maier said that the changing climate and the destruction of Asian habitats have caused the habitat of the virus host species to be closer to humans. “This is two sides of the same thing: we They invade their habitats more deeply, and climate change can also have the same effect, pushing these carriers to our side.”

This report, published in the journal Science of the Total Environment, urges governments to take actions, such as restricting urban and agricultural expansion, and redouble their efforts to mitigate the impact of climate change and avoid a large number of wild species from gathering in humans. Surrounding residential areas will help manage the risk of another pandemic.