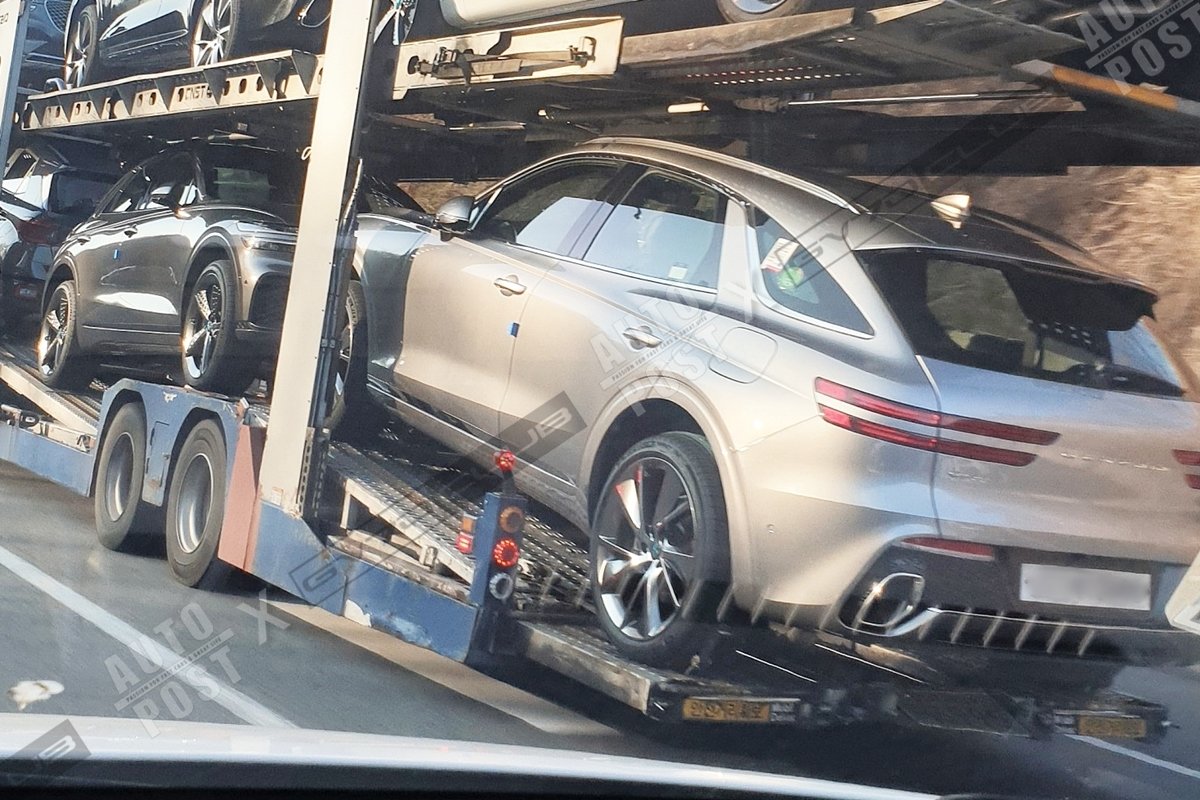 When Genesis’ second SUV GV70 price range was revealed, netizens poured out various reactions. Most responded by saying “It’s too expensive”, but some even said, “I’ll catch up with Porsche soon for the price.”

The price range of the GV70 released by Hyundai Motors ranges from 49 million won to 75 million won. It is said that this is expensive because it is the price that can actually buy imported midsize SUVs. In addition, there are cases where the prices of domestic cars have surpassed imported cars these days, so the words “I don’t have money, so I ride a Mercedes BMW.” Today’s AutoPost Issue Plus takes a step further into the story of domestic and imported car prices. 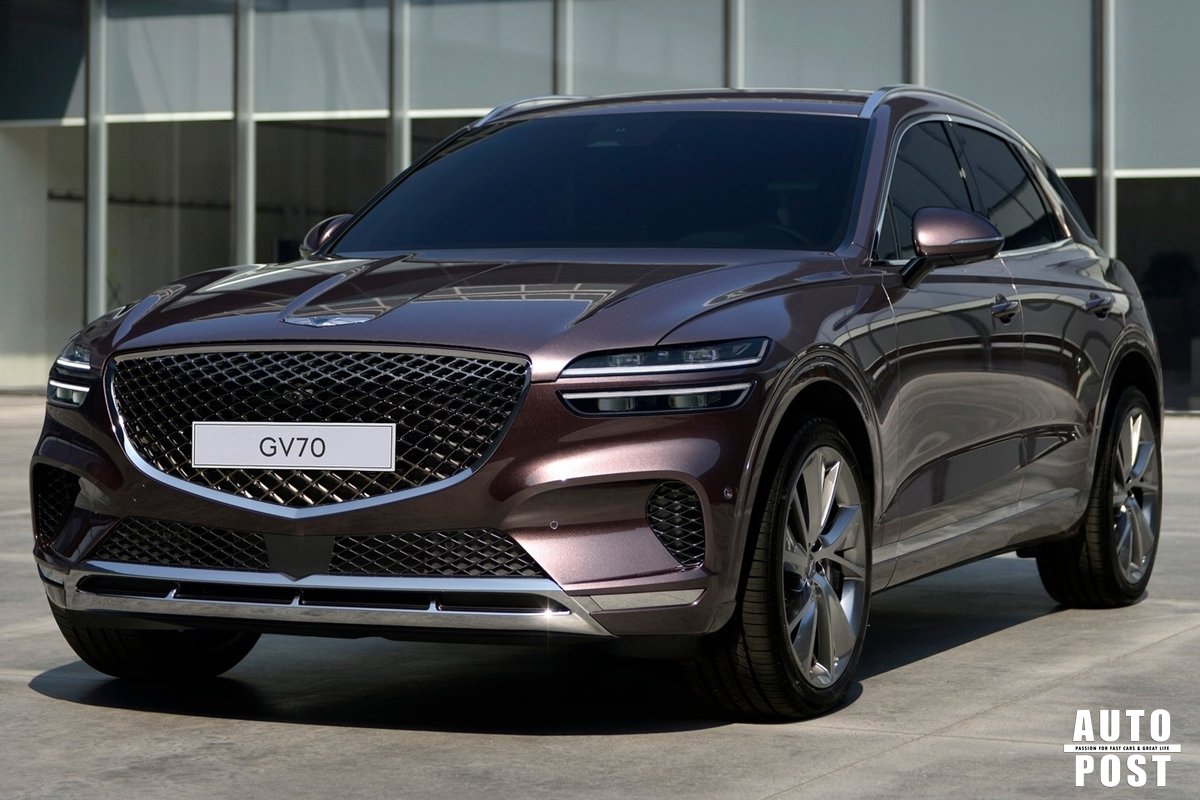 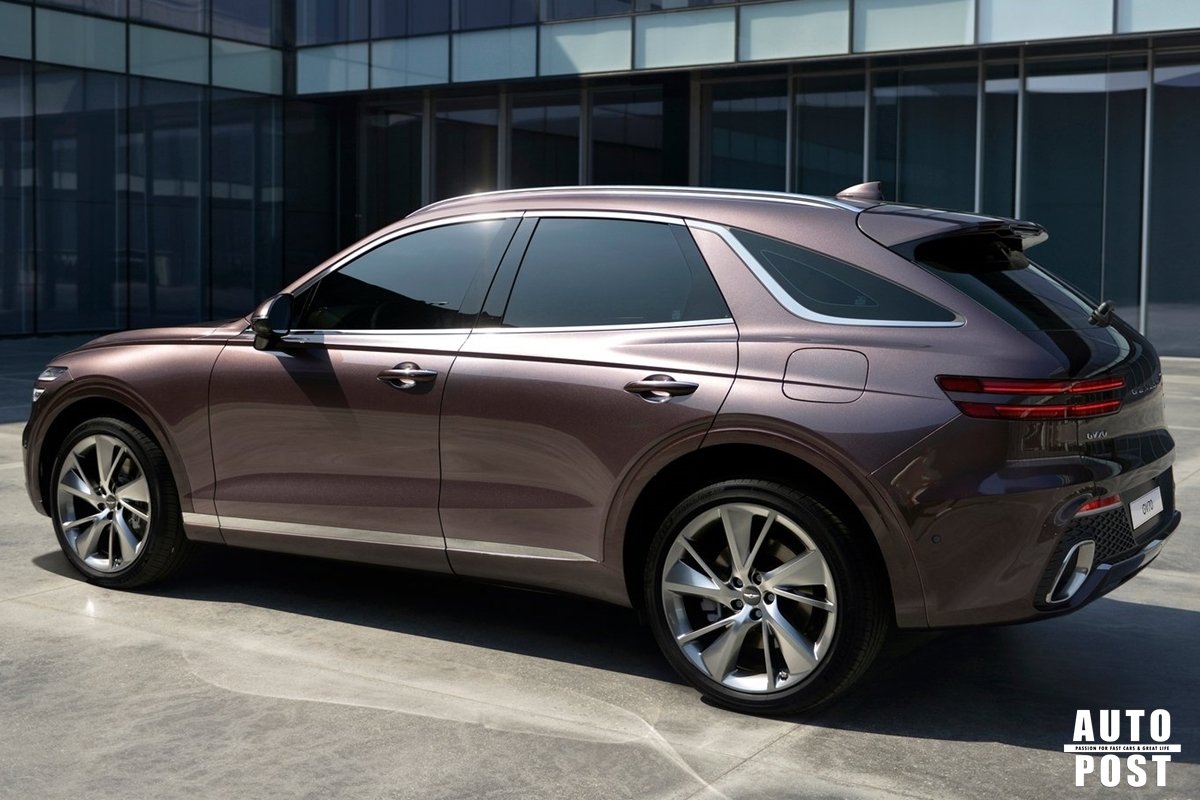 As for the design and specifications
There was a line of favorable reviews that it was in the past.

Genesis GV70 has been unveiled in the global market. Hyundai Motor Company announced that it will continue to compete in the fierce D-segment SUV market by holding an online launch show on the 8th. There were very good responses to the design. Netizens who watched the GV70 launch show continued to praise them, saying, “The design is really great”, “The thing that looks good is not confused with Imports”, and “The Genesis design seems to have reached its peak.”

The applied specifications were also very colorful. In addition to the fact that almost all of the cutting-edge specifications installed in other latest generations of Genesis were applied, a sports version that was not present in the GV80 was also released, as well as the first in-vehicle simple payment service, the café-linked fingerprint authentication system. 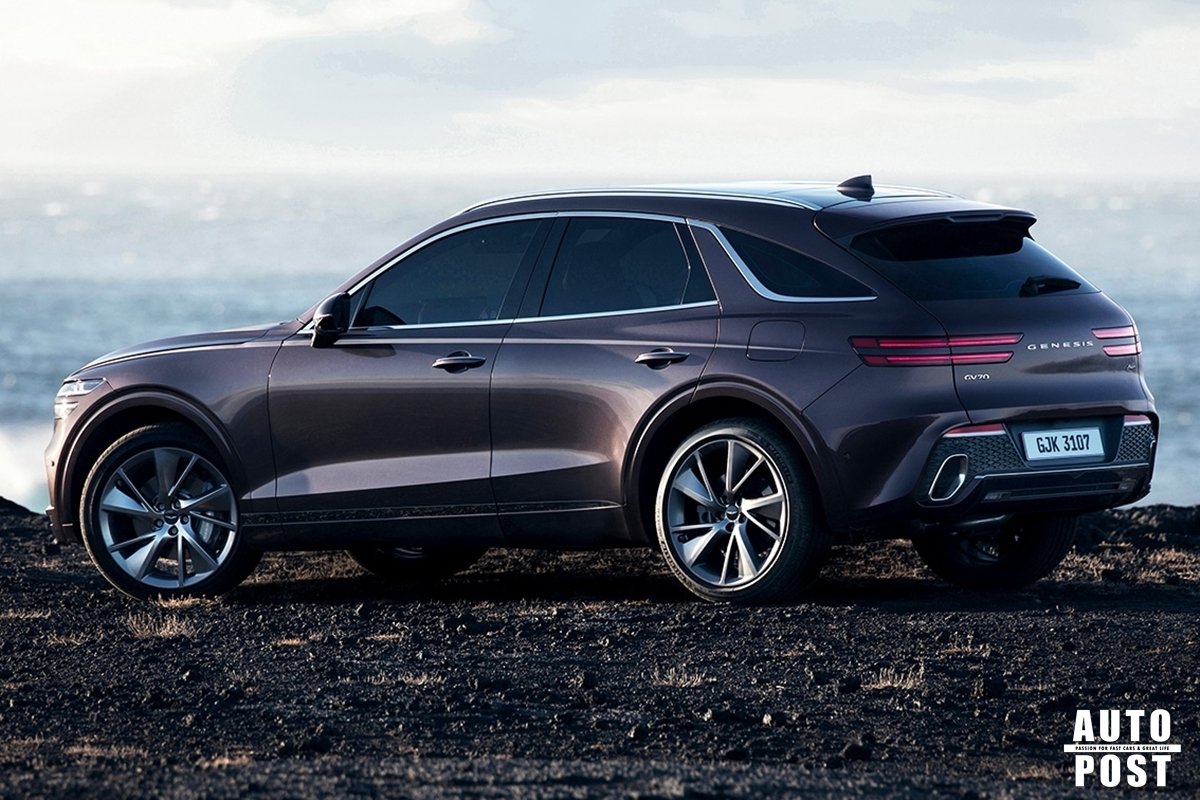 But the problem was the price. The Genesis GV70, which Hyundai Motor Company released through an official press release, has a price range of 49 million won to 75 million won. The starting price is 49 million won, so even if you purchase the basic specifications of the GV70, the actual purchase price including tax jumps to the beginning of 50 million won.

This is the story of the basic specifications, and if you select the popular package, wheel, and interior material options, which are bundled with options that most prefer, it is expected to exceed 60 million won in no time. Also, when applying the sports package, the price will naturally increase. Since the maximum specification is expected to be close to 80 million won, many netizens continued to complain that “the price is too expensive than expected.” 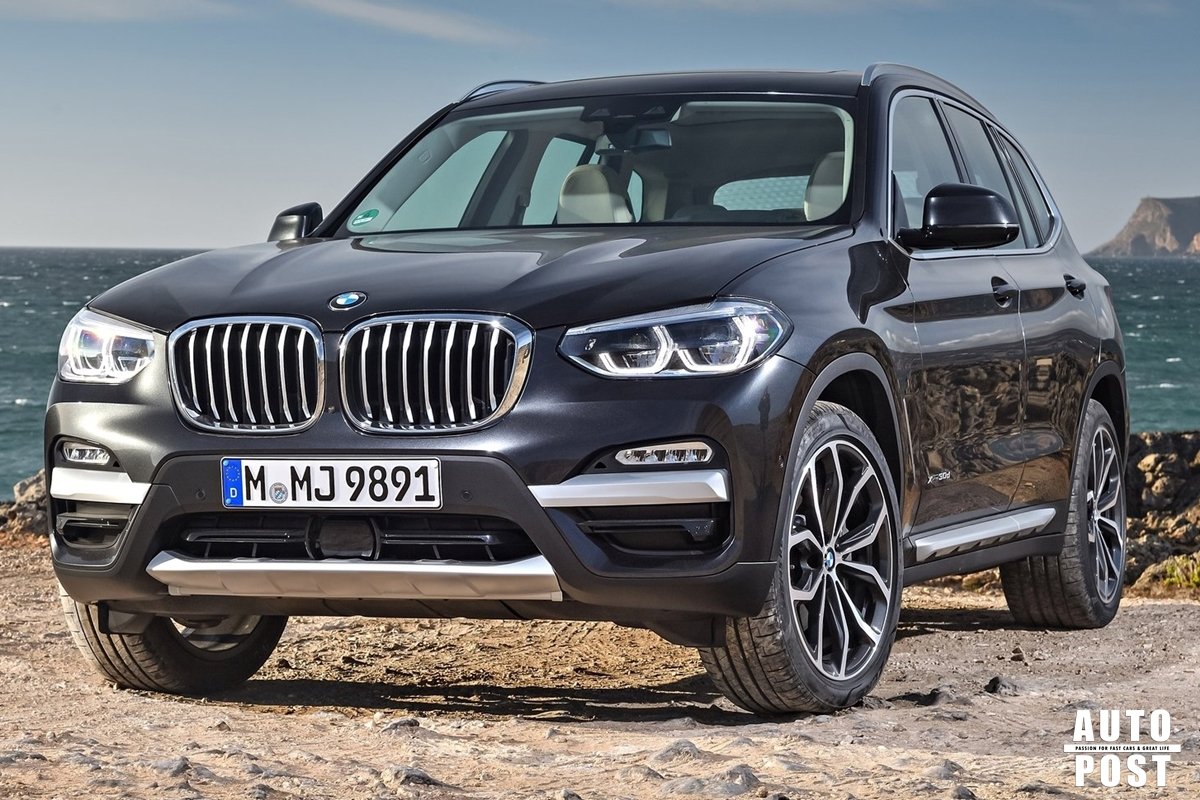 “I don’t have money now, so I ride a Mercedes BMW”
Began to appear

Netizens who confirmed the GV70’s estimated price responded “I want to buy it, but it is too expensive”, “I waited for a contract, but I have to withhold it”, “Why did I go without revealing the price right away?” Showed. Some people received attention because they said, “I don’t have money now, so I ride a Mercedes BMW.”

It is also possible because the news that the price of a domestic midsize SUV is around 75 million won was delivered. At this price, you can buy the Lincoln Aviator, a large SUV of the same premium brand, when you look at an American car, and the GLC and X3, which are rival models in the same class of Mercedes and BMW, can also be raised on board. The E-Class and 5 Series can also be purchased at a lower price than the full GV70 option. 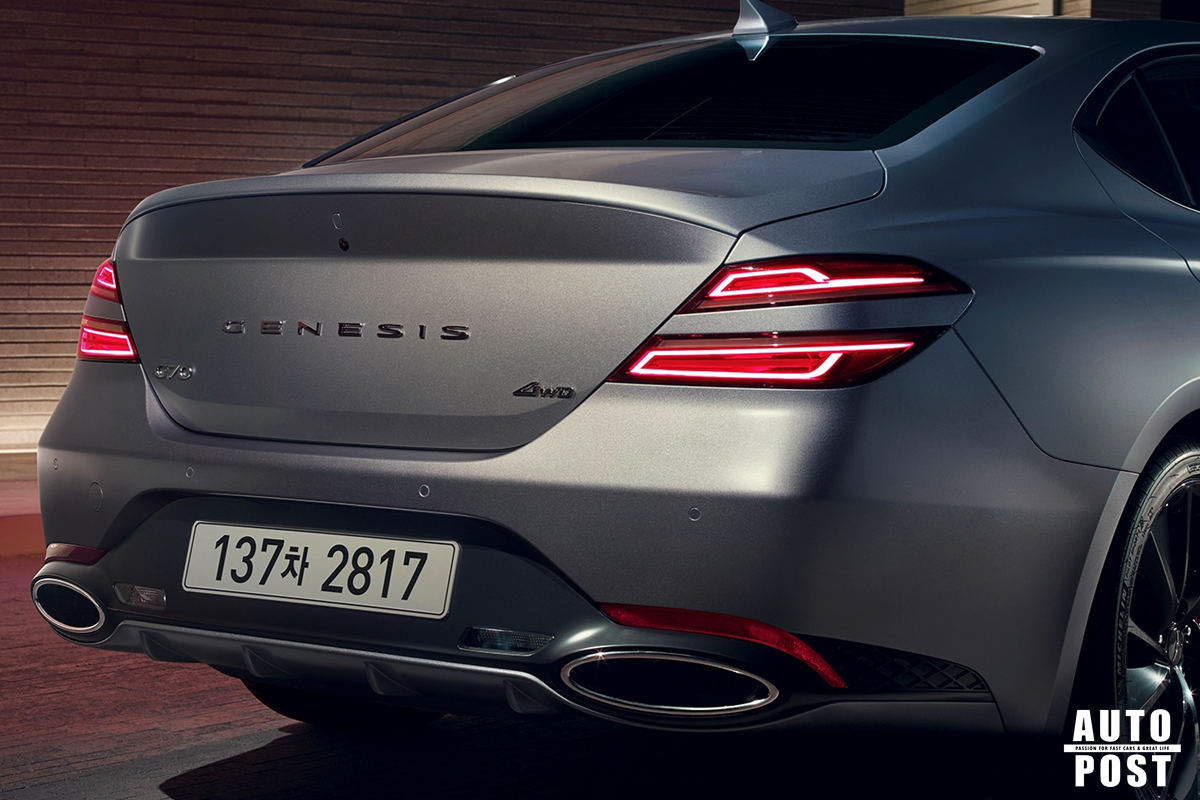 “I don’t have money, so I ride an imported car”
The reason for the speech

Why did the words “I can’t buy a domestic car because I don’t have money and ride a Mercedes-Benz” came out? That is to say that the price of Domestic cars has become so expensive that direct comparison with Imports is possible. Recently, some models have been released at higher prices than Imports. 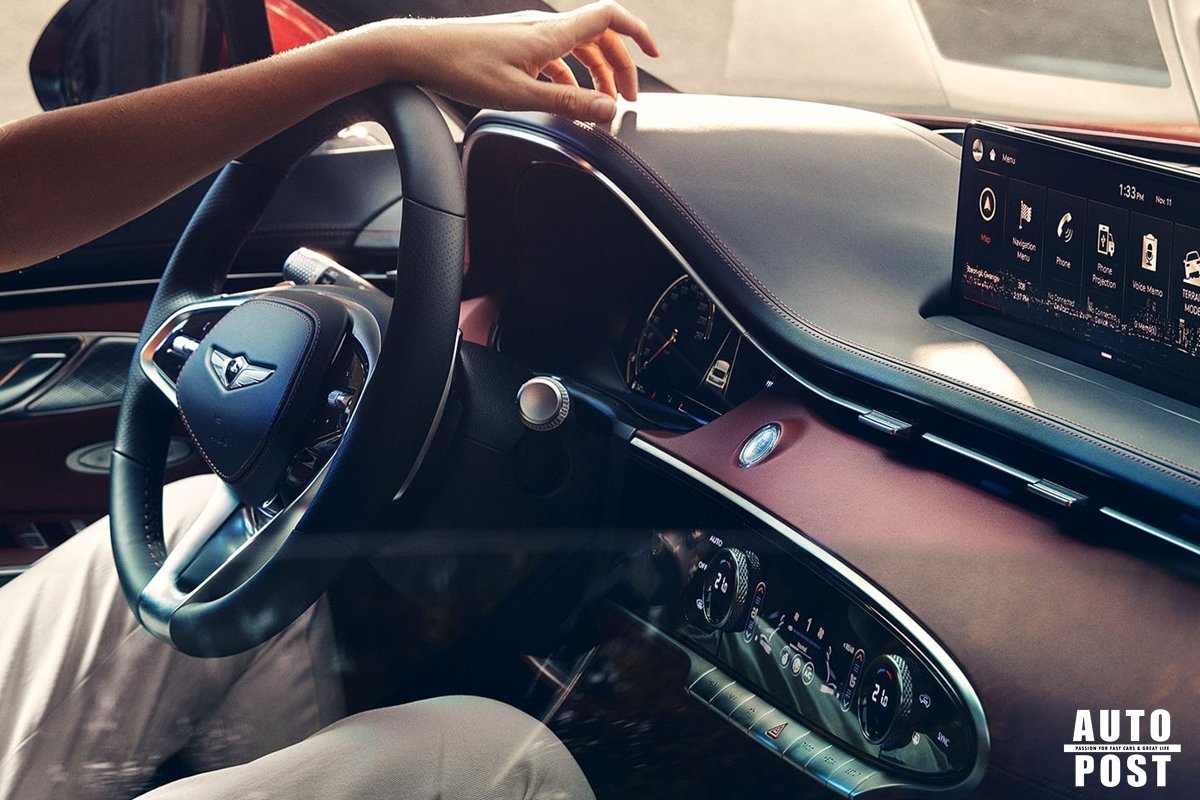 However, it is inevitable to be very burdensome in reality to purchase expensive imported cars that are still over 50 million won on the basis of ordinary salary workers. To purchase the Mercedes E-Class or the BMW 5 Series, you have to pay at least KRW 60 million or more, and Genesis also has the cheapest starting price of the G70, which is 40,35 million KRW.

The GV70, which was unveiled this time, also has a starting price of 49 million won and the highest specification exceeding 70 million won. It is not easy for an ordinary office worker with a family to easily invest this amount in a car unless he has enough spare assets. Currently, the average annual salary of Korean 30-something workers is 38.68 million won, and the average annual salary of 40-year-olds is 46.2 million won, so it can only be purchased by investing a whole two-year salary in a car. 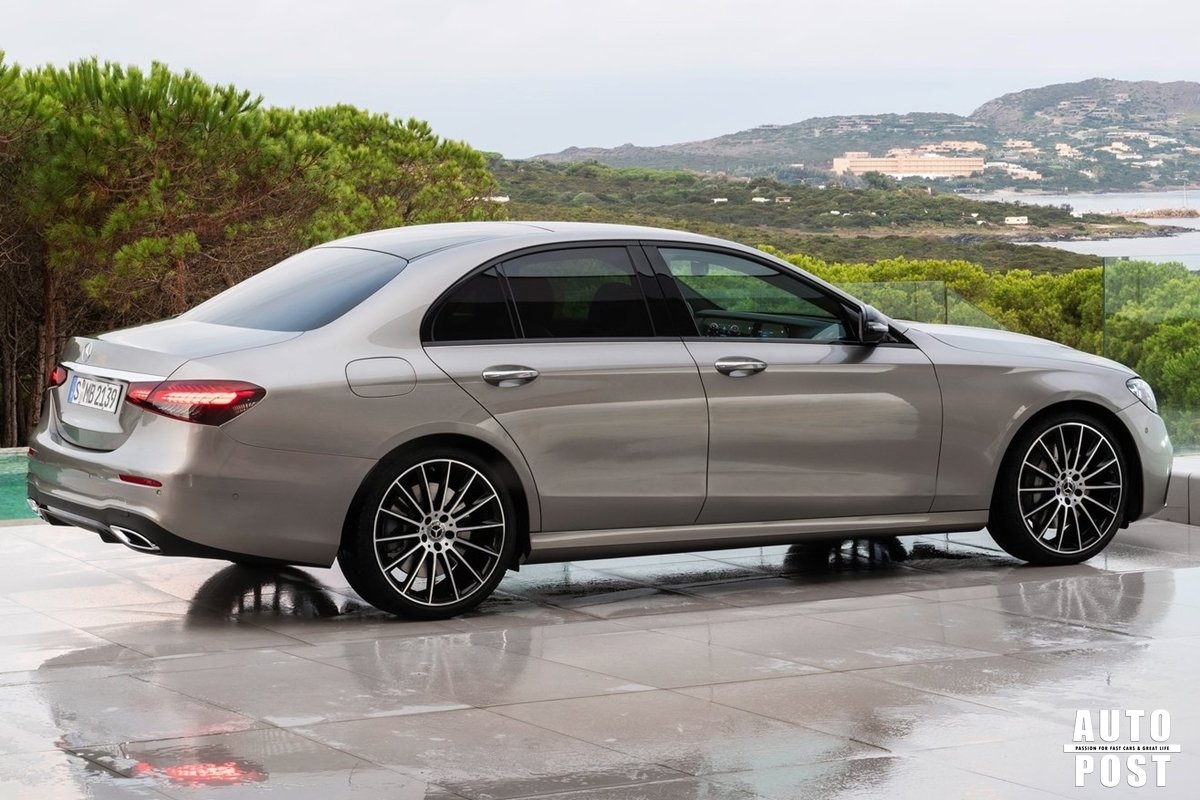 If you want to purchase Genesis or E-segment imported cars, E-Class and 5 Series, it is burdensome for office workers even if you purchase them in installments rather than lump sum payment. If you pay 30% of the advance payment and purchase a 60 million won sedan with a 60-month installment, you will have to pay 700,000 won per month, and if you consider the fuel and other expenses required to maintain the car, invest about 1 million won per month in a car. If you can, you can ride a new imported car or Genesis.

If you are an office worker with a family, it is unlikely that you will be able to boldly invest 1 million won worth of your salary in a car. Of course, if you have enough assets, you can purchase a car at a lump sum, but it is difficult to maintain a car with only a salary without any other assets. 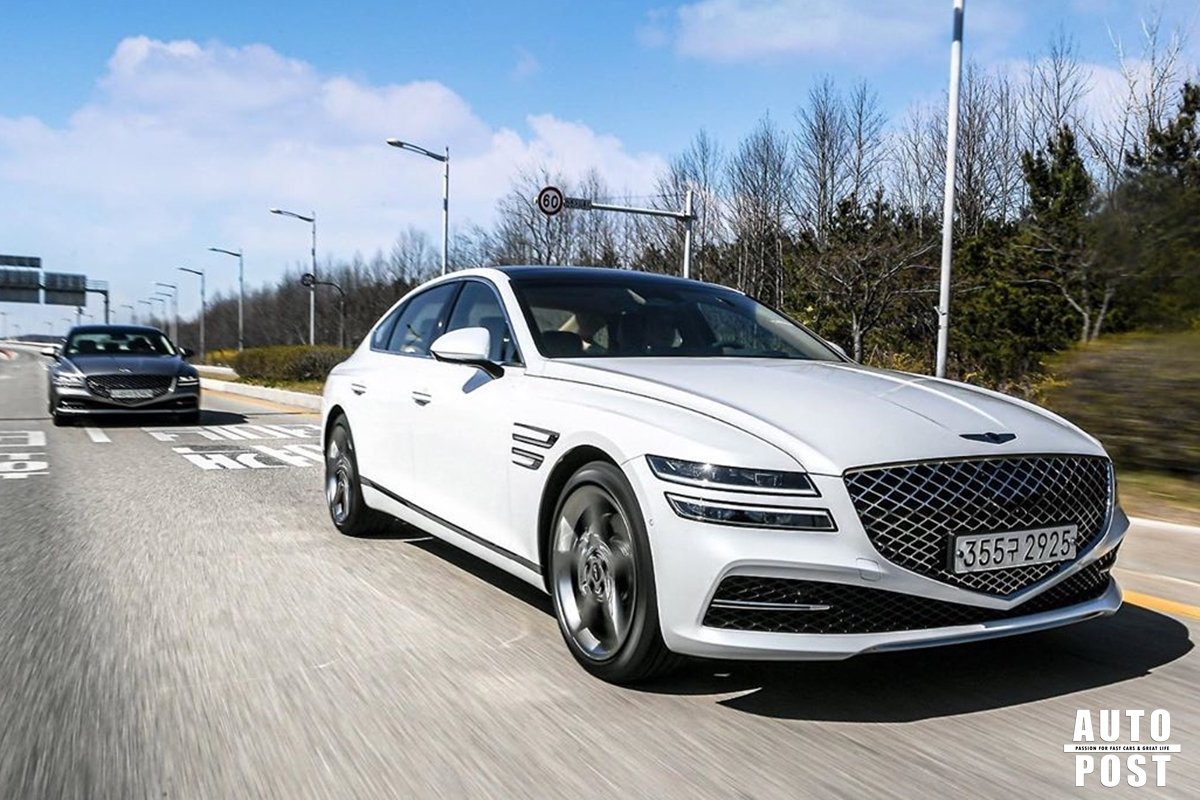 However, it is true that you can buy imported cars with the money to buy Genesis. Those who buy the G80 can move on to the E-Class or the 5 Series without difficulty, and consumers who want to purchase the G70 can choose the 3 Series or the C-Class. In particular, the new G70, which recently passed the facelift, has even exceeded the price of imported cars in the same class. 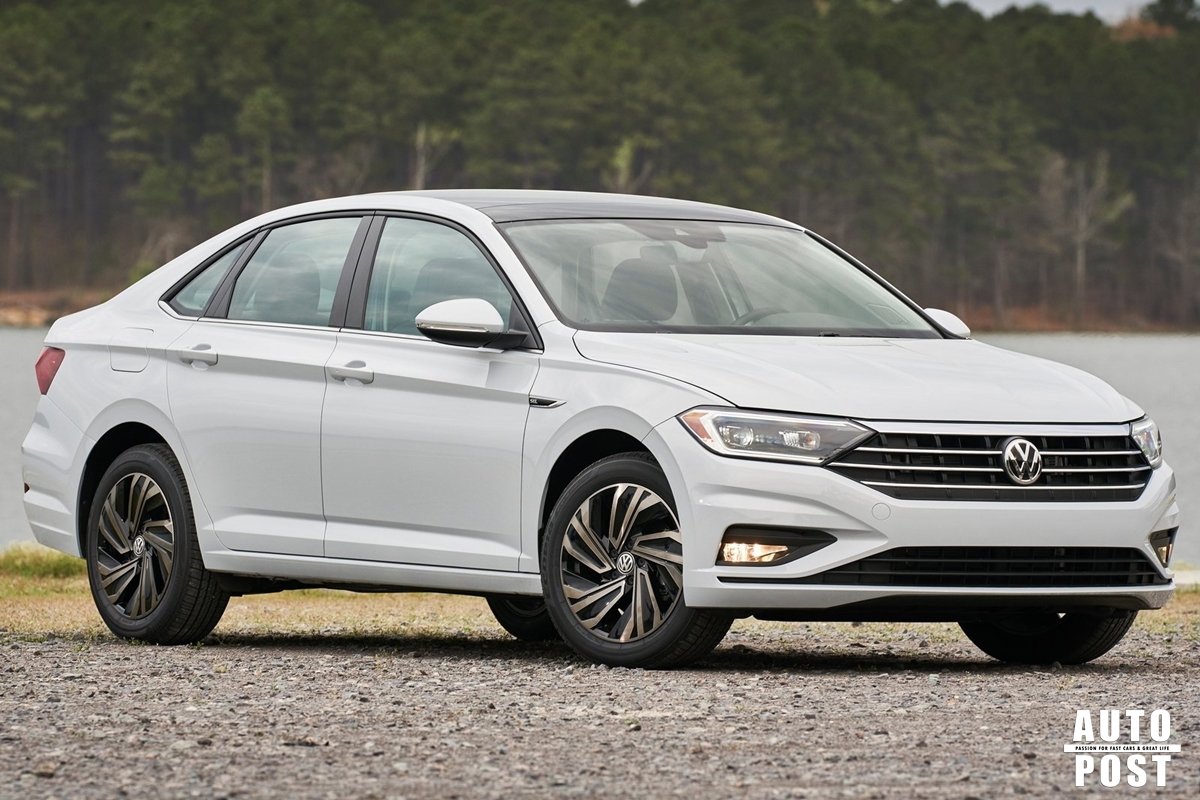 If you look at it as a popular brand by lowering your gaze a little, the phrase “I couldn’t buy a domestic car because I didn’t have money and bought an imported car” can be sufficiently applied to ordinary paychecks. Recently, imported popular brands’ new cars are formed at a fairly low price point, so the price gap with domestic cars is small.

Recently, Volkswagen launched the new Jetta at a lower price than the Avante, and even sold out at the same time with the overwhelming warranty period. The price competition between domestic and imported cars is sufficiently possible in popular brands. 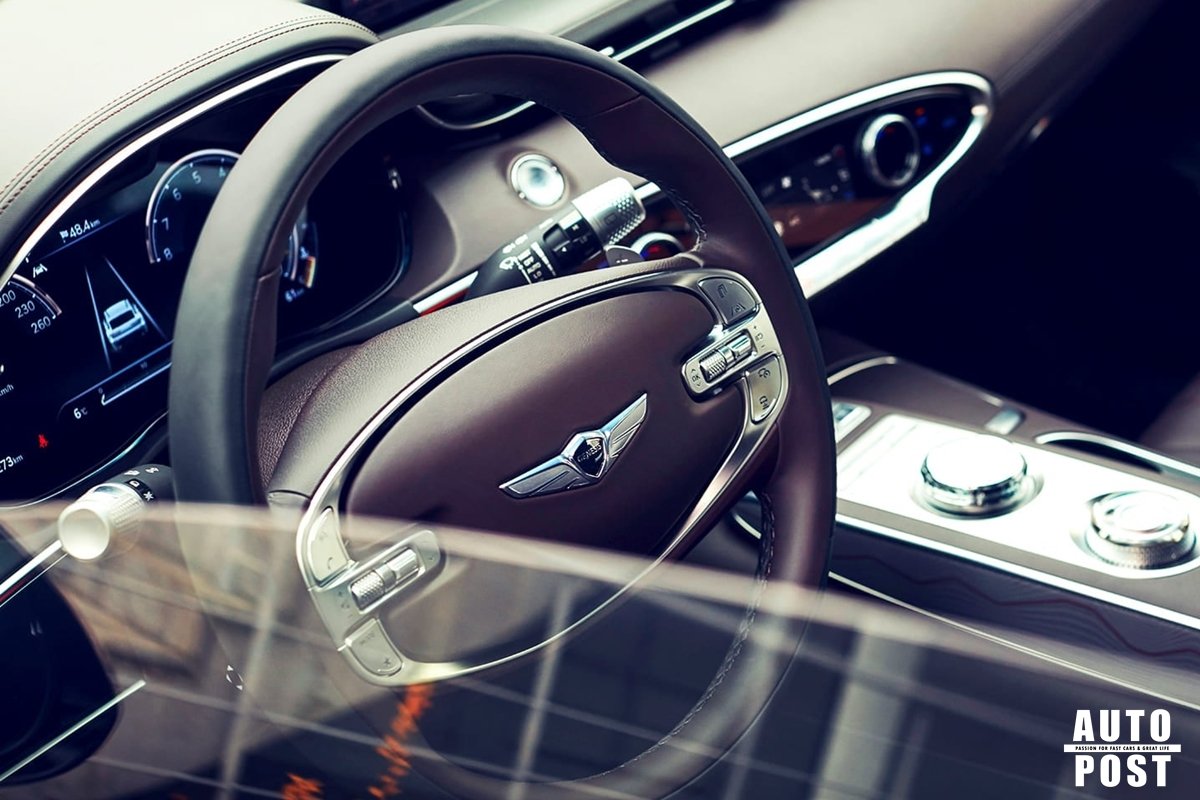 frontAs shown above, it was confirmed that this is a somewhat realistic word for a Genesis-class premium brand, which is difficult for ordinary payrollers to purchase in reality.

However, it is inevitable to feel a little distance from these words to ordinary salaried workers who are realistically difficult to purchase Genesis or premium brand Imports. 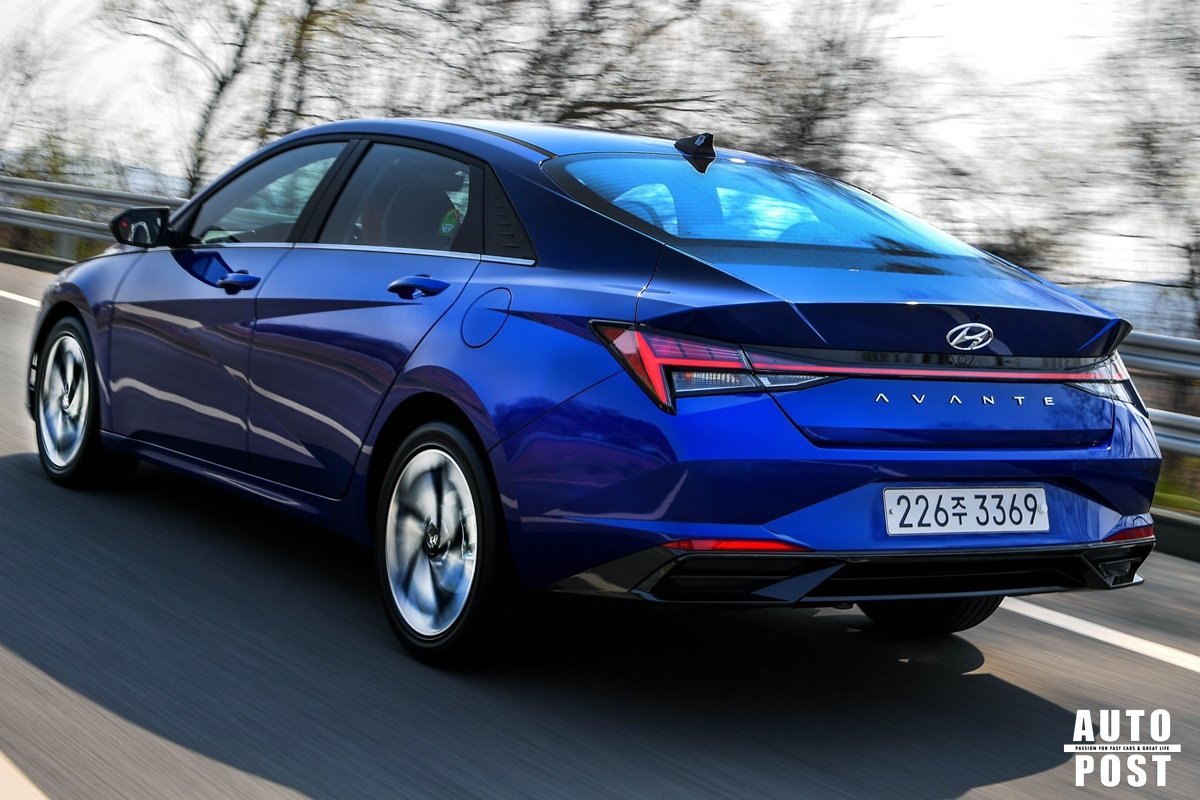 Anyway, the price of domestic cars
The fact that it has risen like crazy
This word is also expected to become more popular

On the other hand, during the same period, imported car brands maintain their prices at a similar level, or rather cut prices, so that there are cases in which there is little difference from domestic car prices. Since domestic car prices are expected to continue to rise in the future, the word “I bought imported cars because I didn’t have money” is expected to become more and more popular if time passes a little longer. It was Auto Post Issue Plus.

All contents of AutoPost are protected by copyright law,
Unauthorized reproduction, copying, and distribution are prohibited.
Copyright by Autopost Co., Ltd
All Rights Reserved. 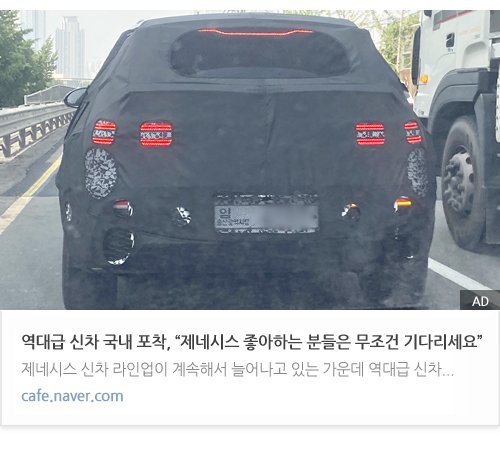 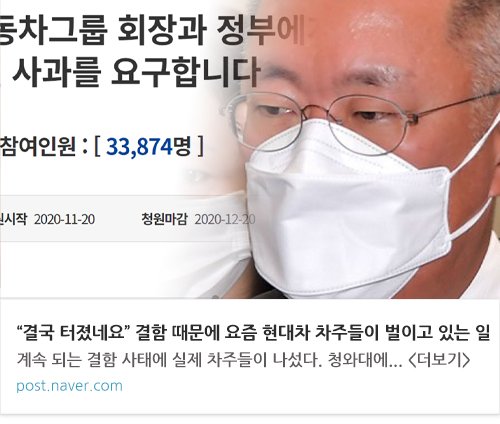 “Is it all Hogu?” Sad reason to say buying a car in Korea is the stupidest thing in the world-AutoPost
A car is not something that can be driven by simply paying for the car. In order to maintain a car, you have to pay annual automobile tax, which includes local education tax. Individual consumption tax, education tax, and value-added tax must be paid when purchasing a new car, and acquisition tax must be paid again when the car is registered to obtain a license plate. Oil tax is also levied on the oil added while driving. Fuel costs include transportation, energy and environment tax, individual consumption tax, education tax, driving tax and VAT. […]
autopostkorea.com 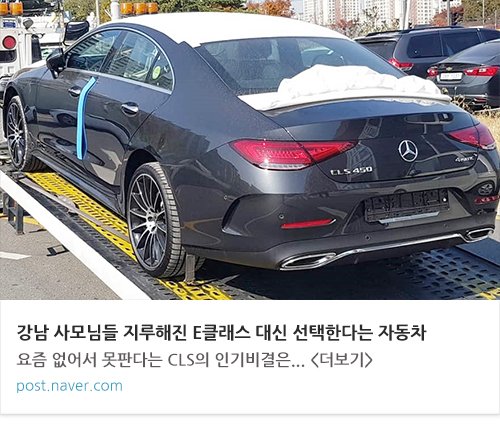 The only new Mercedes-Benz car that expects and regrets buying it without fail-AutoPost
The world is preparing to break up with internal combustion engines. In particular, the country is also rapidly pulling the rein because the internal combustion engine is tightly regulated. Almost all automakers are rushing to switch to hybrid, plug-in hybrid and electric vehicles. Mercedes-Benz is also trying to keep pace with the trend by launching the EQC, the first electric car in the brand. However, due to a number of problems that do not fit the name of Mercedes, […]
autopostkorea.com

“Let’s praise this.” Actually, the only place that Hyundai has begun to beat Japanese cars-AutoPost
Hyundai Motor Company ranked first in sales. Not at home, but abroad. As a result of sales figures in the Indian automobile market last month, Hyundai Creta was named the most-selling SUV, and Kia Seltos, which is also popular in Korea, ranked second. Earlier this year, he defeated Maruti Suzuki, who had overwhelmingly ranked first. Most of the articles that Hyundai Motor Company is doing well abroad, and that it cannot be sold because it is not available, were mostly advertising, but this time […]
autopostkorea.com

“Is that really pretty?” A domestic car that was released with a record-breaking performance, but is blamed for its design-AutoPost
The Sonata is one of the most indispensable models in the history of the domestic automobile market. Since its first release in 1985, it has maintained its name value for a long period of time so that it continues to the 8th generation. As such, it is an important model and an important model for Hyundai. Although the Sonata has such an important position, the 8th-generation new Sonata, which went through full change in 2019, is receiving criticism and grades that do not fit the name. Consumers […]
autopostkorea.com 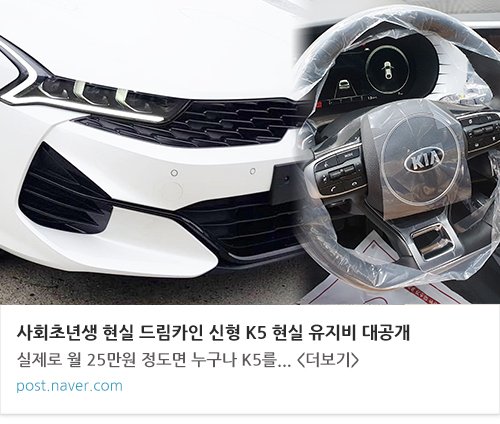 One of Kia’s only models that Hyundai Motors can fly no matter how far it flies and never beats gears-AutoPost
Go Jingamrae. Did you say that pleasure will come after suffering? Kia Motors is showing a tremendous rise in 2020 alone. The K5 in the mid-sized sedan, the Seltos in the small SUV, the Sorento in the mid-sized SUV, and the Carnival in the minivan recorded overwhelming sales. This rising trend is an analysis that’Design Kia’, which Kia Motors has been shouting since the past, is finally hoping for light. Among them, K5 in particular can be said to be the result of’Design Kia’. […]
autopostkorea.com

A creepy imported car manufacturer that even made a “disclaimer” in the contract to take responsibility for any defects-AutoPost
Among the imported car brands that have entered the domestic market, there was no brand with such a lot of talk and talk. Tesla, which maintains the dominant number of sales in the electric vehicle market, is suffering from various quality and defect controversies. This is such a level that not only domestically but also overseas, it is said that “Tesla is a car that cannot be burned when considering its quality.” Still, why is Tesla selling so much? And even though there are many borrowers complaining about damage, the manufacturer […]
autopostkorea.com