In the 1980s, as the Kia Motors Bongo series recorded a big hit, the domestic one-box sublimation market began to grow rapidly. One-box vans are basically cars designed to be used for business, carrying people and cargo. It was also in the spotlight as a car.

In response to this increasing demand, Korean automakers introduced their own one-box van model in the late 80s. Hyundai Motor Company’s Grace, who dominated the market as soon as they appeared, Ssangyong Motor’s Istana, who stood out on their backs with technical support from German Mercedes-Benz, and Kia Pergio, a descendant of Bongo, who eventually took over the name for a while. Can be counted. 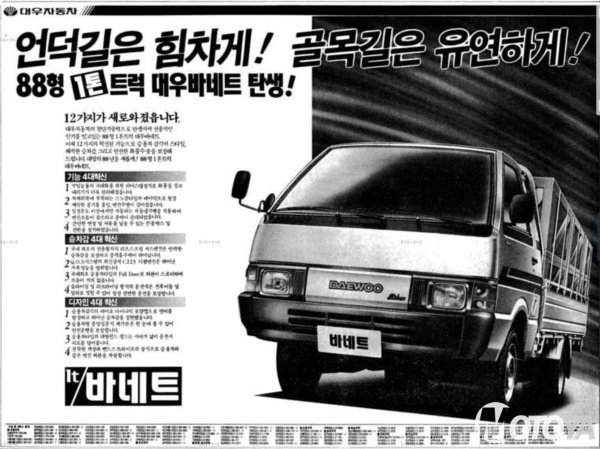 Daewoo Motors, which witnessed the success of Kia Bongo and the growth of the small commercial vehicle market, launched a new small commercial vehicle in 1987 when the measures to integrate the automobile industry were lifted. This car is’Vanette’. Daewoo Motors’ Vanette is a model that licensed Nissan Motors’ second-generation Vanette, which competed with Hyundai Motor’s new one-box van Grace and Kia Bongo’s descendant Vesta.

This car, like Hyundai Grace and Kia Bongo, was licensed to a model of a Japanese car manufacturer. The prototype of Daewoo Barnet is the second-generation model of Barnet, a small commercial vehicle produced by Nissan Motors in Japan. Nissan’s second-generation barnet is characterized by its stylish exterior and interior that is close to a passenger sedan. 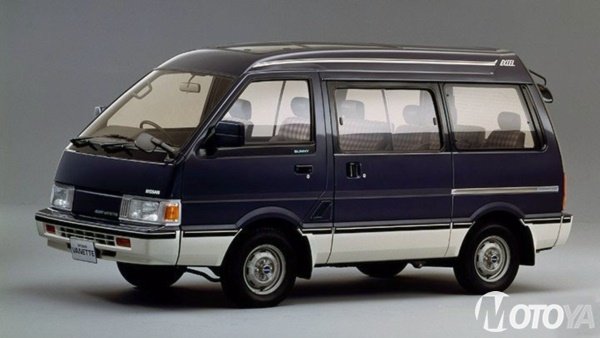 As for the exterior, it boasted an exterior design that is clearly differentiated from Grace, Bongo, and Vesta. In particular, the front part of the second-generation vanette type was characterized by a sleek and sleek shape and a car-style headlamp. In addition, the original Nissan Barnet had a different front part of the truck model and the van model, but Daewoo Barnet was more prominent by adopting the front part of the van model for both the truck and the van model. In addition, the door mirror of the style used in passenger cars was applied, while the coach model also provided a panoramic sunroof option that existed in the original Nissan Barnet.

In the case of interior design, the dashboard of a style similar to that of Nissan’s passenger sedan was adopted to greatly enhance convenience and achieve a more sophisticated atmosphere. On the other hand, in the case of the steering wheel, the Nissan Bannet was used in the early model, but the Le Mans steering wheel was applied in the later model. As for the shift lever and parking brake, the barnet’s column-change manual transmission and cable-type parking brake were used in the initial model, but from the later model, the shift lever was changed to a floor change method and the parking brake to a lever type. There were 9 and 12 seats in a 3-3-3 arrangement.

There was another difference between Daewoo Barnet and Nissan Barnet. It is the engine. Daewoo Motor’s Vannet did not use Nissan’s LD20 diesel engine, but used a 2.2 liter diesel engine produced under a separate license from Isuzu, Japan, which had a link with GM. However, using this engine was a fatal mistake by Daewoo Motors. This is because it did not match well with Barnet’s engine room structure and transmission. For this reason, the barnet produced by Daewoo Motors, unlike its stylish appearance, was very noise and vibration, and performance and fuel economy were also poor.

There was also a problem with product composition. At that time, the domestic van market tended to put more emphasis on the number of passengers, and for that reason, ’12-seater’ was common sense. On the other hand, the 9-seater was relatively unpopular. However, when Daewoo Motors launched the barnet, the 9-seater model was the standard specification. This could only be seen as failing to properly catch the demands of the market at the time. 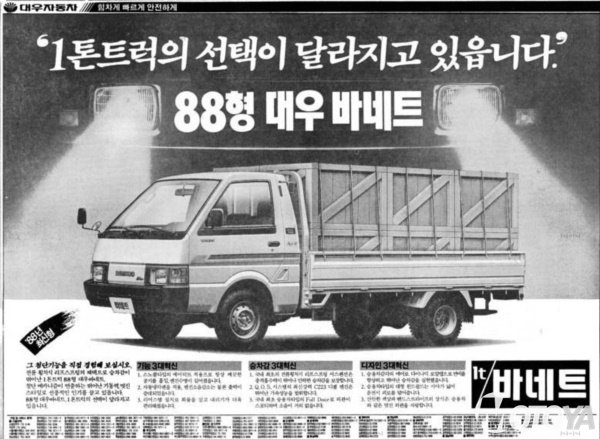 Daewoo Motors’ Barnet produced not only van models, but also truck models. But there was a problem here too. At that time, the’Super Cab’ model, which was considered essential in the domestic commercial vehicle market, did not exist. The super cab is a cab with an extended rear side compared to the standard cab, and although you have to bear some damage in the loading space, the interior space is wider, greatly improving the driver’s convenience. For this reason, in small commercial vehicles mainly operated by private business owners, the super cap is the preferred method.

However, Barnett did not change the body structure of Nissan Barnett, which did not have a supercap option at the time. It can be said that the porter of Hyundai Motors drastically changed the design of the original Mitsubishi Delica truck model to create a supercap model and gained great popularity. Even the double-cap model, which was in great demand, did not exist. Even in terms of price, there wasn’t much better than rivals.

Not only was there a mechanical problem, but due to poor market response, Daewoo Barnett was discontinued in 1992, five years after its launch, with only a few sold. Daewoo Barnett received poor reviews in the demanding commercial vehicle market and became a commercially unsuccessful vehicle. 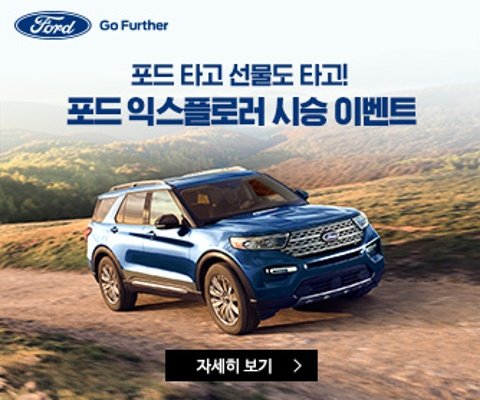 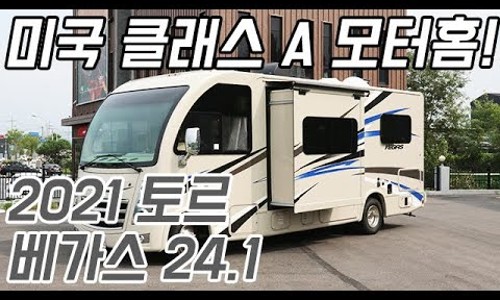 The essence of American-style class A camping cars, Vegas 24.1#camping#camping cars#caravans#mobile houses#farms#car park#imported camping cars
-This is the introduction of the representative class A camper Vegas 24.1 model of Tor Corporation in the United States. -Vegas 24.1 model is based on the bare chassis of the Ford E series. -The V8 7.8L gasoline engine is equipped with an automatic 6-speed transmission. -Exterior living space, electric drop bed, and twin…
www.youtube.com 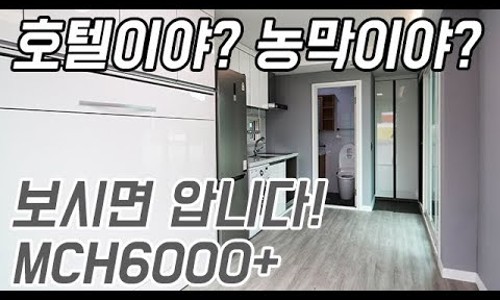 MCH-6000 Plus, King of Nongmak’s End Plate!! It has changed like this. #Nongmak#Mobile housing#Caravan#Vacation#House#Camping car#Pension
-The MCH-6000 Plus model is a new model developed with the best specifications by significantly modifying the internal and external specifications including the poor finish quality of the MCH-6000 model. -The biggest feature is a cube-type module that can be expanded continuously.
www.youtube.com 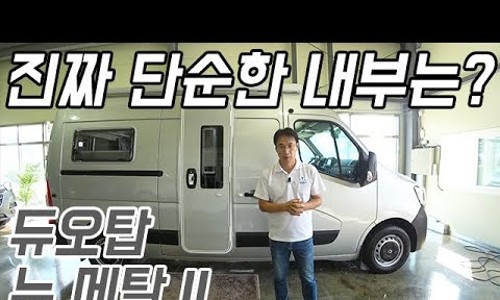 Duotop New Metal II, popular for its open and simple interior #Camping#Camping Car#Master#Mobile House#Caravan#Nongmak
-This is an introduction to the master-based New Metal II model produced and sold by Duotop. -The New Metal II model has a simple and clear layout consisting of a kitchen, toilet, sofa and table. -Therefore, it has the advantage of high internal openness and ease of use. -Similar in Korea…
www.youtube.com

SanDisk iXpand Wireless Charger, what is an external SSD with induction?

Post Views: 32 According to some recent rumors, Vivo is working on a new mid-range smartphone, called iQOO Youth Edition. This phone has leaked some information recently and most recently, Vivo iQOO Youth Edition has just been discovered on China's 3C certification website, thereby showing some key features of the device. According to Mysmartprice, new […]

Continuing the “super discount” program, the next 2 Kawasaki models are Maxmoto reduced to 40 million

Post Views: 47 In addition to the two heavily discounted motorbike models including Kawasaki KLX 250 and Kawasaki Versys X-300, which are strongly discounted on Maxmoto’s “April Super Sale” program, this distributor continues to offer dream prices. for 4 more of my models dedicated to Kawasaki fans in Vietnam. Vehicles that continue to be included […]