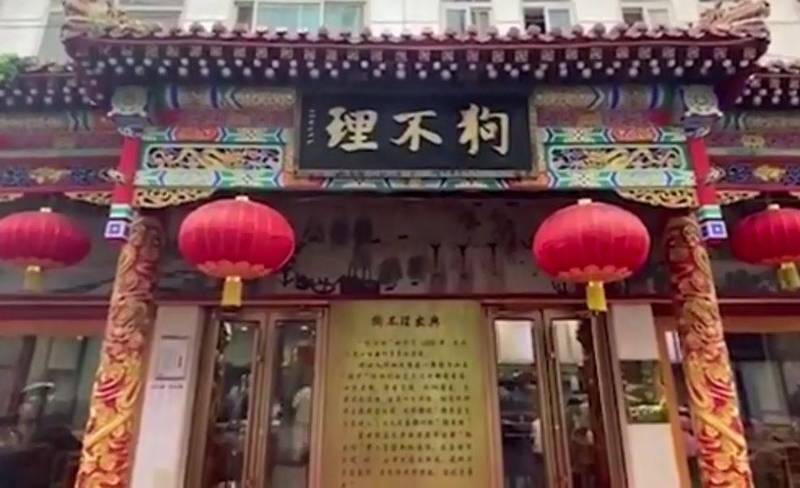 The “Goubuli” group issued a statement on the 15th that the Beijing Wangfujing store was confirmed to be terminated. (The picture is taken from Weibo)

[Real-time news/comprehensive report]The well-known Chinese “Goubuli Baozi” Beijing Wangfujing store was recently visited by an Internet celebrity who complained on the Internet that “the meat filling is too fatty and the price is too expensive.” The call to the police instead angered Chinese netizens. The “Goubuli” group issued a statement on the 15th that the Beijing Wangfujing store was confirmed to be terminated.

According to comprehensive media reports, Guyue, an internet celebrity who has 1.68 million followers on Weibo, recently released a video about his visit to Goubuli Baozi Wangfujing Store, saying that the meat buns “are full of fat”, “extra greasy”, “eat it,” I really can’t eat anymore,” and pointed out that this restaurant is the lowest rated restaurant in the Wangfujing area.

For this reason, “Goubuli Wangfujing Store” issued a statement on Weibo, stating that the slanderous remarks in the film are all false information, and emphasized that “the police have been reported”, and that relevant persons and online media will be held accountable. He also asked Gu Yue to “publicly apologize.” Unexpectedly, this move would annoy Chinese netizens and trigger negative reports in major Chinese and Hong Kong media.

The “Goubuli” Group issued a statement on the official Weibo of “Tianjin Goubuli” in the early morning of the 15th, stating that it would terminate the contract with the franchisees of the Wangfujing store and terminate the cooperation; when Chinese media visited the site, they found that the store has been removed one after another The price list and decoration also prevent guests from entering. Chinese netizens believe that “a matter that can be solved by an apology, you have to call the police. Isn’t it all right?”

India is rushing to develop a maritime strategy against China

Post Views: 16 Share FB Share Twitter Comment India has recently focused on developing the Andaman and Nicobar Islands (ANI for short) in the Indian Ocean, which occupies an important position in East-West maritime trade, with a series of projects on infrastructure, economics and defense, according to The Epoch Times. Experts say this will help […]

Post Views: 44 BrotherHarry – Meghan vowed not to use the “Sussex Royal” brand after being deprived of the right to use the word “royal” by the Queen. “The Duke and Duchess of Sussex will not use the title ‘royal’ or ‘Sussex Royal’ in any case after the spring of 2020,” a spokesman for Harry […]