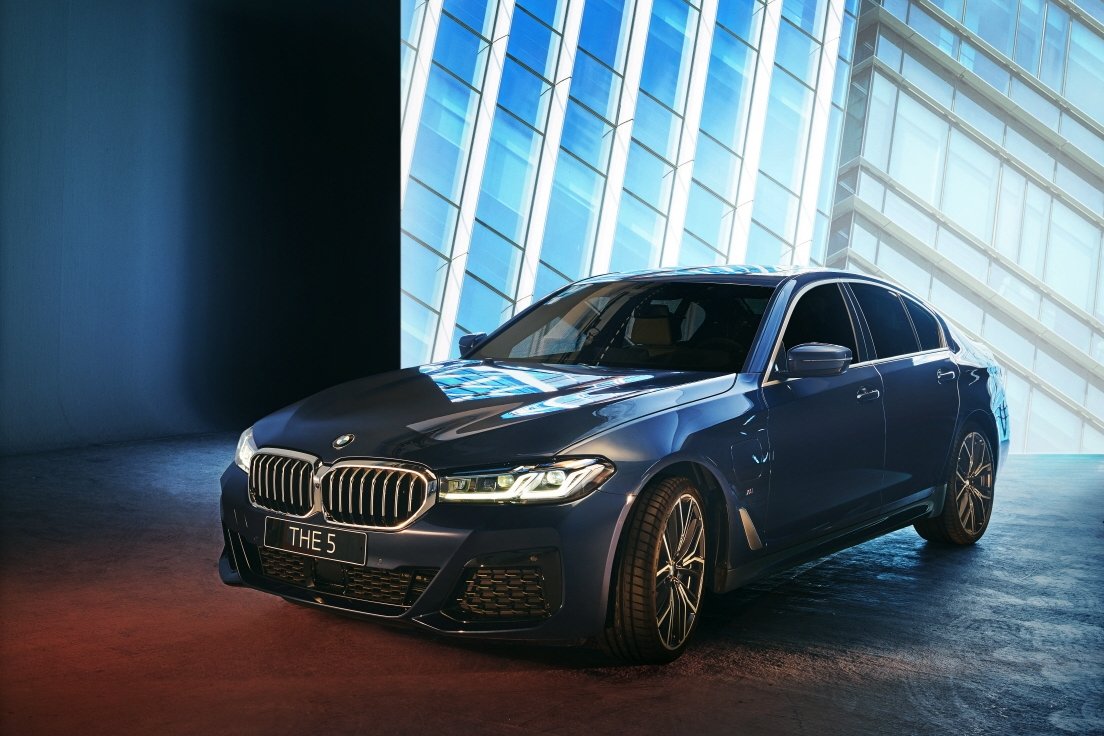 The BMW New 5 Series and New 6 Series Gran Turismo, which were unveiled for the first time in Korea in May last year, feature BMW’s new design language, various convenience specifications, and the latest semi-autonomous driving functions. In addition, a variety of powertrains including 48-volt mild hybrid technology will provide consumers with a wide range of choices.

First, the new BMW 5 Series is equipped with a kidney grill integrated into one frame on the front, LED headlights of a new design, and a new’L’ shaped 3D rear light on the back. Indoors, a 12.3-inch high-resolution digital dashboard and center console display are standard, and a Sensatech dashboard and a high-resolution head-up display are also included as standard.

In Korea, the gasoline lineup consisting of 520i, 530i, 530i xDrive, 540i xDrive, M550i xDrive, diesel models 523d ​​and 523d ​​xDrive with 48-volt mild hybrid technology, and plug-in hybrid model 530e will be released. The exterior is available in both Luxury Line and M Sport packages. 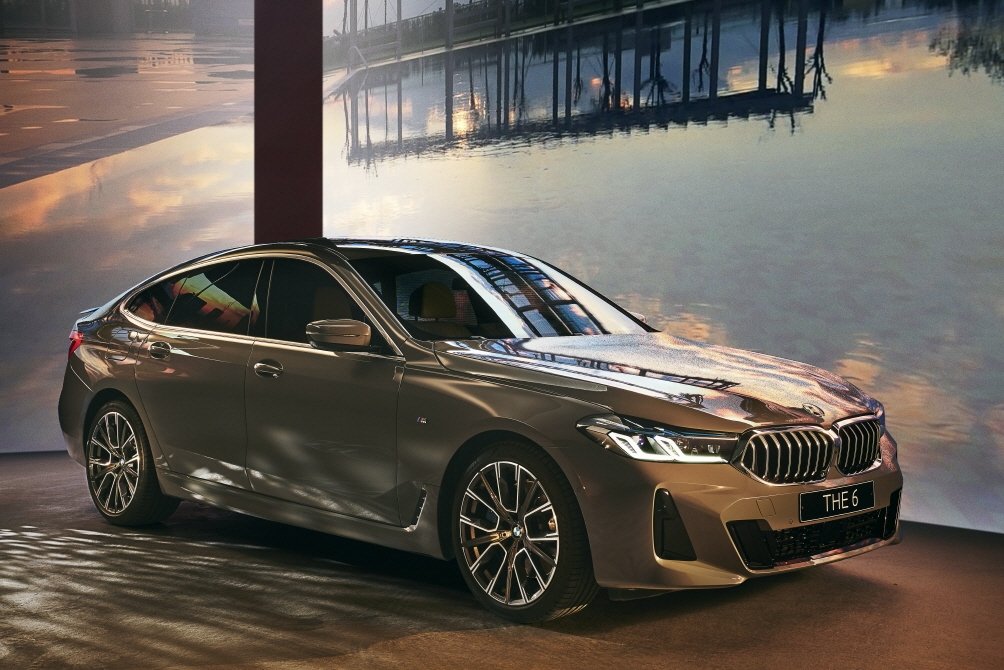 The new BMW 6 Series Gran Turismo also makes a strong impression with the new BMW kidney grille and adaptive LED headlights, and the grille in particular is designed with a protruding upper part, giving off a more sporty charm. In the interior, the BMW Live Cockpit Professional, which consists of a 12.3-inch electronic dashboard and control display, nappa leather seats, and a 4-zone air conditioning system, are installed as standard on all models, and BMW display keys are also provided as standard.

Meanwhile, BMW Korea also provides a purchasing program for customers who purchase the New 5 Series and New 6 Series Gran Turismo. First, the installment program with an interest rate of 2.99% for 36 months is provided to customers who purchase the new 5 series to reduce the burden on the customer. General installment products can be purchased with a prepayment of 0%. In addition, operating leases and rentals support monthly payments of up to 500,000 won per month for five months. 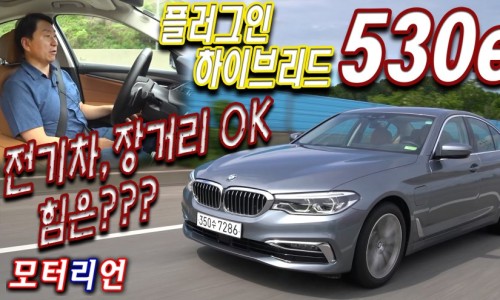 Should I ride a car like this now? BMW 530e Plug-in Hybrid Test Drive
Motorian Motorian | The plug-in hybrid model 530e of the BMW 5 Series was tested. With the addition of a 184 hp four-cylinder 2.0 engine and a 113 hp electric motor, it has an all-weather capability of 6.1 seconds of zero-back acceleration and 39 km with electric power alone. For those who can have a charging facility at home or at work, it may be a good alternative, but otherwise, electric motors that are not as powerful as expected are a little disappointing.
tv.naver.com 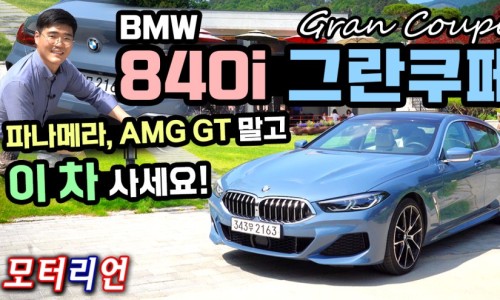 Panamera, the reason to buy this other than AMG GT, it is 130 million, is it beneficial?! BMW 840i Gran Coupe test drive
Motorian Motorian | Test drive the BMW 840i Gran Coupe. Before the test drive, I thought the price was expensive, but when I got on, the attractive merchandise was impressive compared to the rival Porsche Panamera or Mercedes-AMG GT 4-door. Indeed, it seemed to deserve the name of the “8”, the pinnacle of BMW. A four-door coupe that looks like a real “Umchinah” with all the features and conveniences, as well as high-quality finish, good-looking appearance! Let’s meet the 840i xDrive Gran Coupe. Progress: Reporter Jaewook Lee, Motorian
tv.naver.com 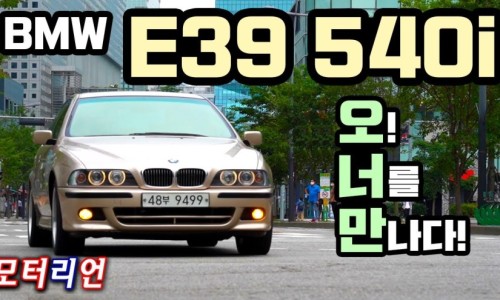 [오!너를 만나다] BMW E39 540i-The price of an apartment in the past?! Review of Old Car, King of the Highway in the 90s
Motorian Motorian | After a long time [오!너를 만나다]! Today’s owner is none other than Lee Jae-wook. I thought it was a Peugeot lover, but the car I’m going to introduce today is the 1998 BMW 540i, which has been in possession for 5 years and is being restored. As motorian fans know, editor Park Ki-don is also a favorite car! A 23-year-old old car in Korea, what kind of charm is it in possession of this car? Wouldn’t it be difficult to maintain and restore the old car? Progress: Reporter Jaewook Lee, Motorian *[오!너를 만나다]Is looking for owners who have special cars and special stories
tv.naver.com

Post Views: 54 If you are intending to buy one laser ruler Genuine, the best price but still ensure high accuracy and possesses enough features, the following article will help you choose the right product without spending much time searching. Laser length measuring device MS40A Red – Reference price 450,000 VND Total Meter is a […]

ZingPlay changes logo after 10 years of operation – an opportunity or a challenge?

Post Views: 155 In order to mark the 10-year journey accompanying Vietnamese internet users in general and the gaming community in particular, ZingPlay will completely change its logo and brand identity. This may be the biggest change of Vietnam’s leading entertainment portal in the past decade. In 2008, VNG launched the first multi-platform entertainment portal […]

Learn about the Find My feature in iOS 13

Post Views: 39 What do you get when combined Find My iPhone with Find My Friends? According to Apple, you get a useful feature with a slightly strange name: Find My. The new Find My app in iOS 13 provides a simple interface that allows you to locate friends, family members, and Apple devices. The […]