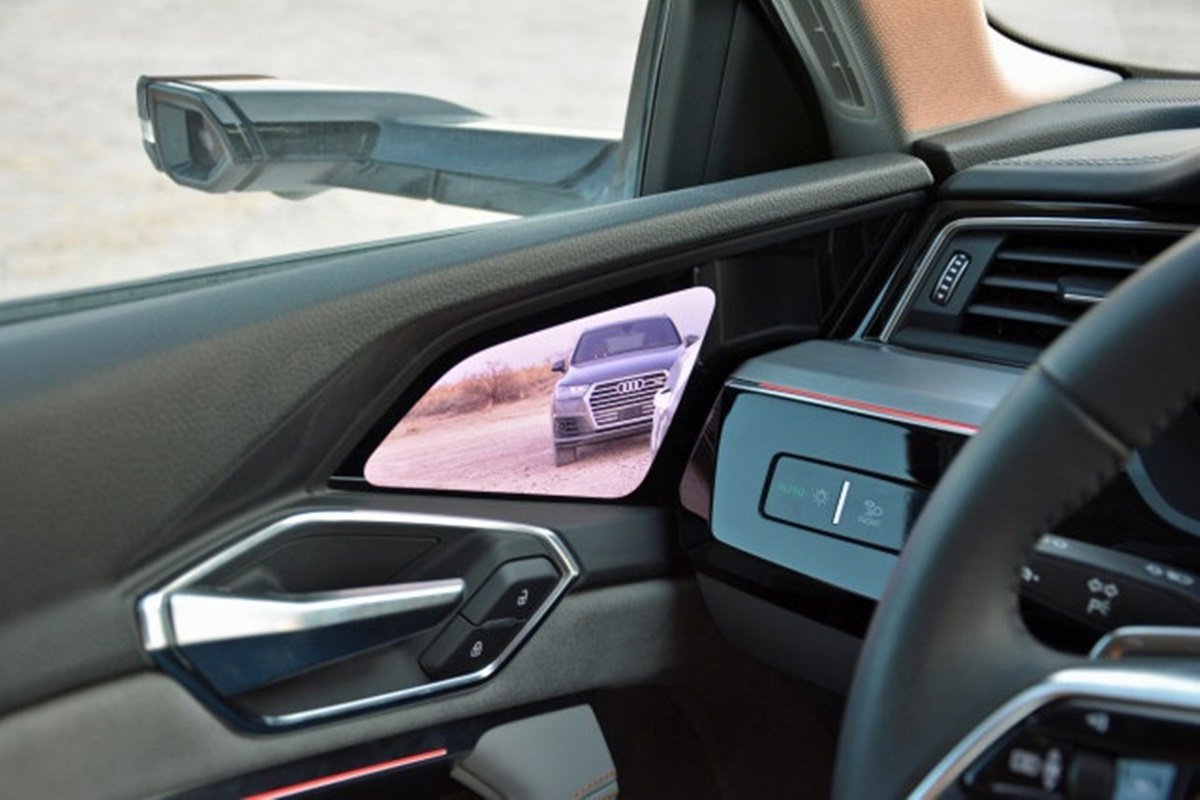 As the times change, the speed of technological development is gradually increasing. Things that were once considered only science fiction can now be seen and experienced in front of you. Nowadays, technologies related to electric vehicles and autonomous driving are actively in progress in cooperation with IT companies.

Thanks to advanced technology, the cars being produced these days are equipped with a variety of functions that make them huge electronic devices. It brings a variety of conveniences to the driver and passengers, but on the contrary, there are many cases of complaints. What are the most inconvenient options among consumers these days? 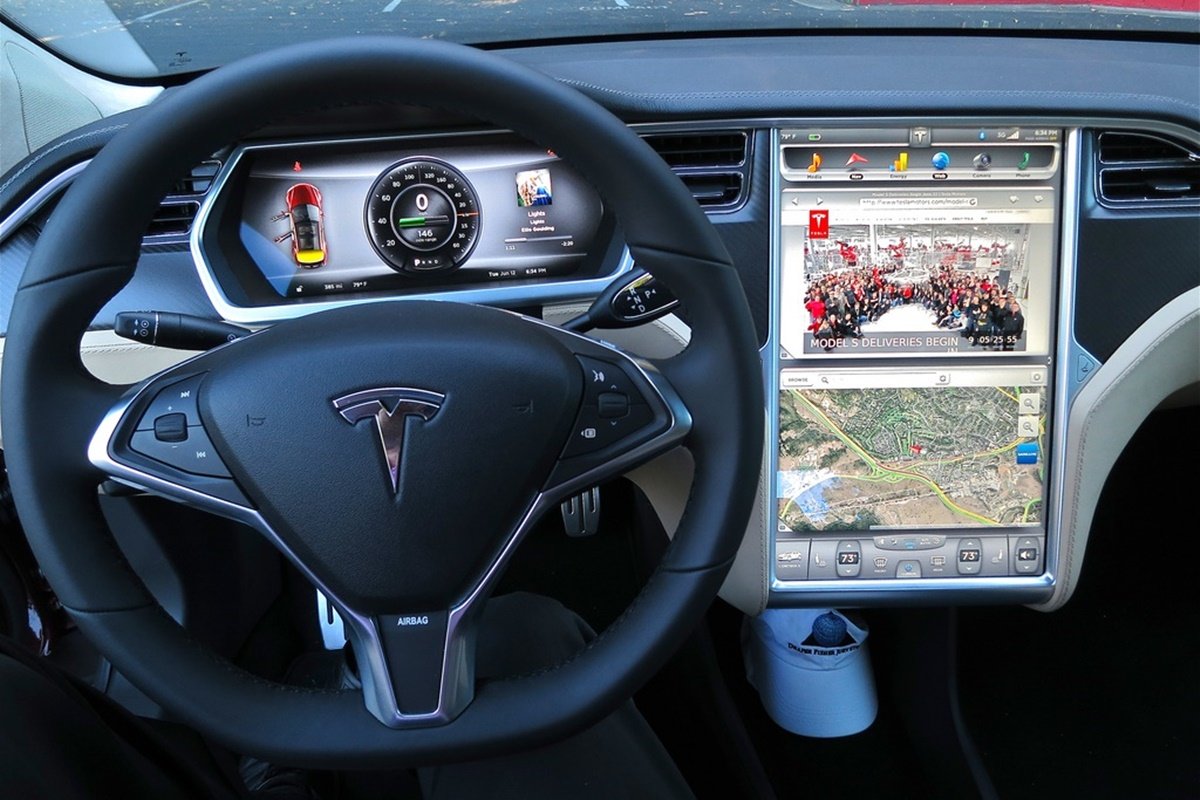 Nowadays, center fascia buttons are being changed to touch screens mainly on imported cars. A typical example is Tesla. Tesla stands out as an innovative company with one display. A large display, the size of a laptop screen, was installed in the center fascia, and most of the physical buttons were eliminated. The Model 3 and Cyber ​​Truck took a step further and integrated the instrument panel above the steering wheel into the central display.

The center display includes various functions such as car setting, surfing the Internet, streaming music, watching YouTube and Netflix, and playing games, and updates or new features may be added through updates. The Mercedes-Benz S-Class FullChange has a display similar to the Tesla Model S, and other cars such as Porsche, McLaren, and Range Rover are increasingly integrating physical buttons into the display. 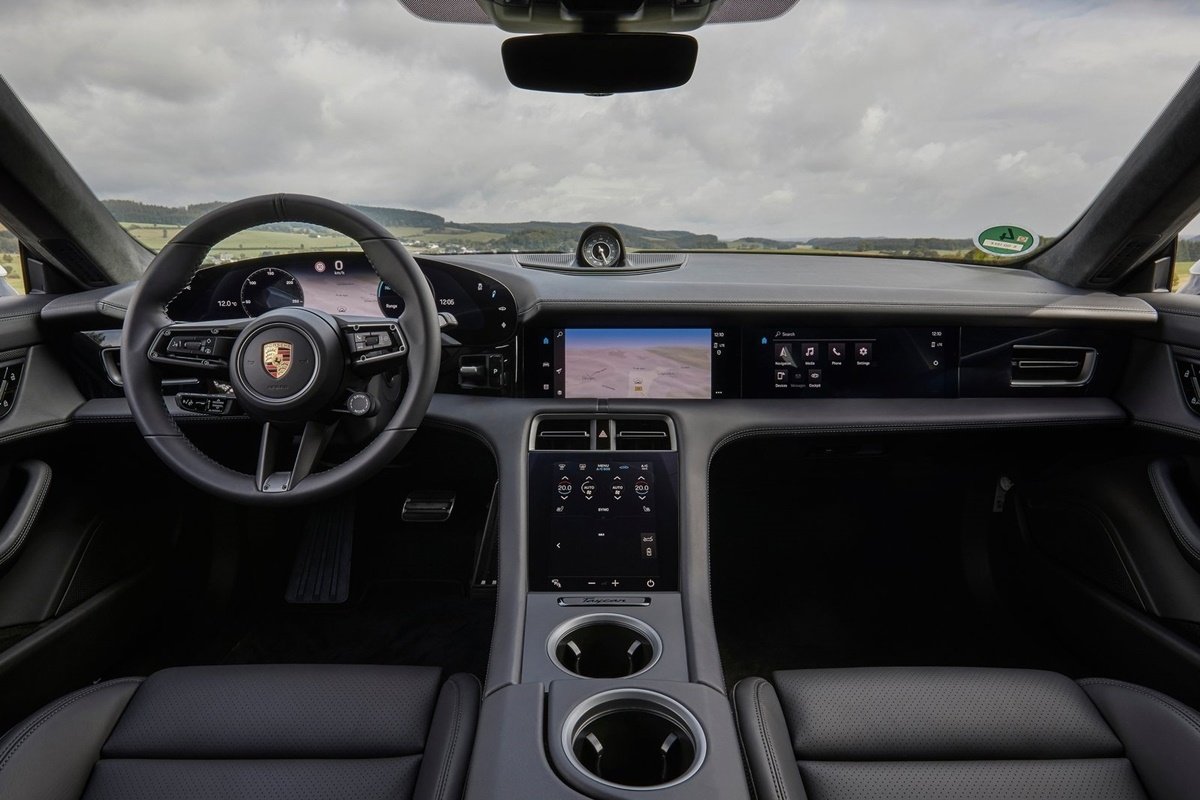 However, some people complain of uncomfortable manipulation. It seems to be heterogeneous and unintuitive as I put my hands on the display glass. Button operation while driving is dangerous, but if necessary, the physical button can be manipulated by stroking the center fascia while staring ahead, but the touch display is difficult, and the wrong function can be triggered by accidentally touching the touch. Can be.

If the screen goes out due to an unexpected error, operation may not be possible, and if the display is damaged due to an accident, the repair cost will be high. Consumers pointed out, “It is inevitable to be digitized with technological advances, but at least some of the buttons should be left as intuitive physical buttons.” 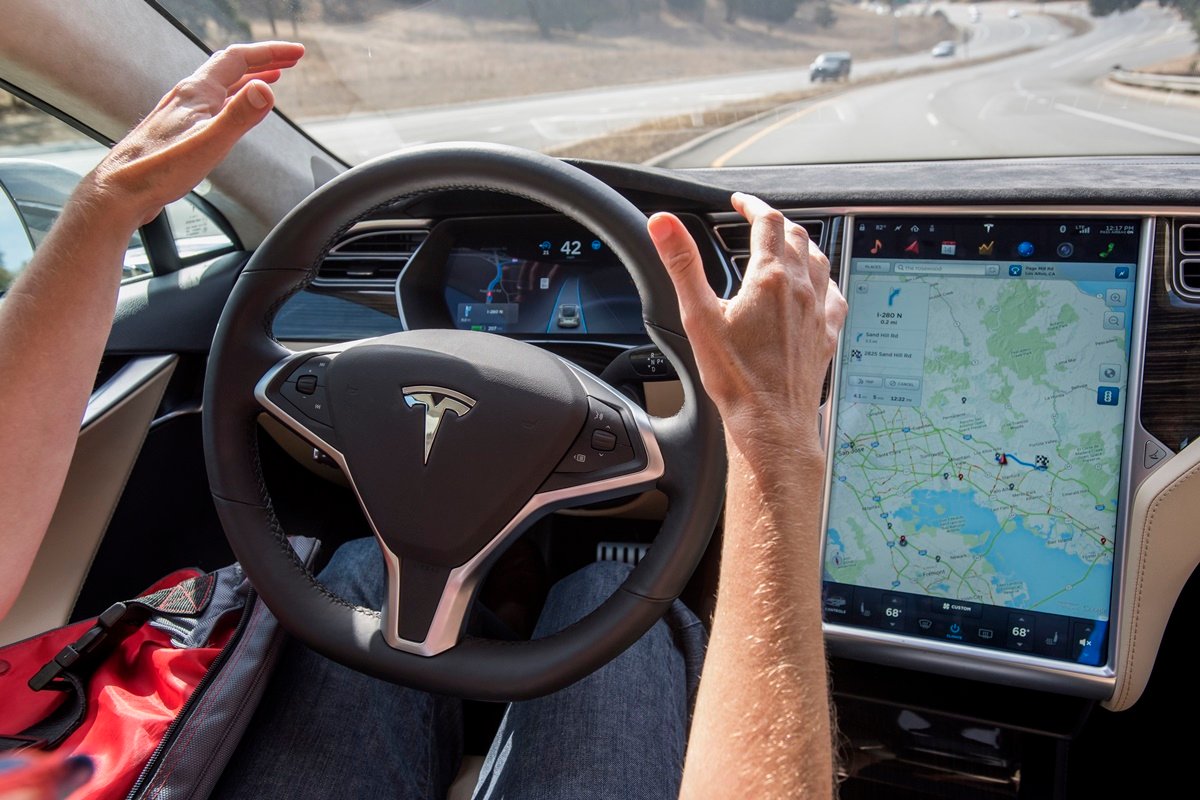 Tesla is applying more advanced autonomous driving technology to cars under the name of Autopilot. Thanks to that You can drive for quite a long time without operating the steering wheel and pedals. The model X was tested by the parent newspaper, but 80% of the 200km section from Seoul to Sokcho was autopilot driven by itself. 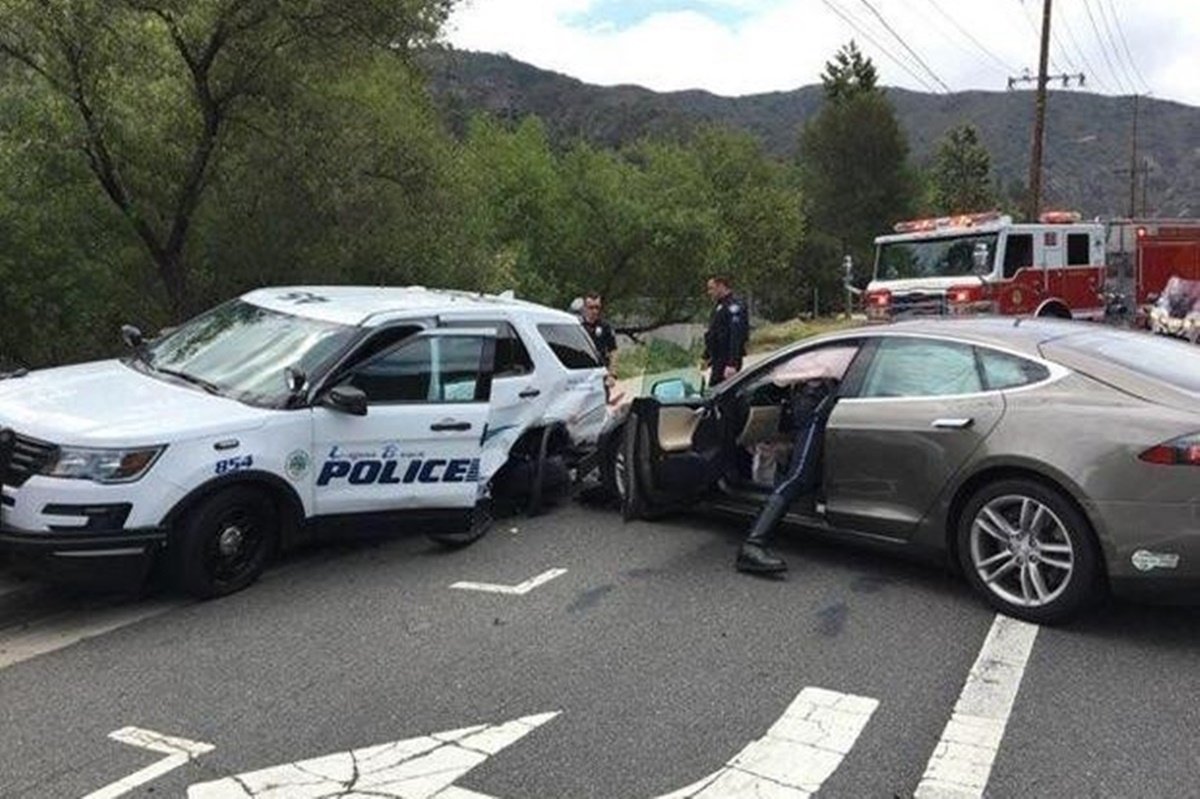 However, there are many cases in which people believe in these functions while driving. Autopilots, in particular, are often misunderstood because of terminology. There are several types, such as invading the next lane on a curb road because the lane maintenance assistance is not working properly, or emergency braking despite the absence of a car in front of you and an accident.

As autonomous driving technologies are not yet complete, the manufacturer also assists the driver, and emphasizes that the driver is responsible for driving. Tesla also recommends keeping your hands on the steering wheel and paying attention. In addition, the steering wheel may not operate easily due to the assistance in maintaining the lane, which may cause inconvenience to operation. 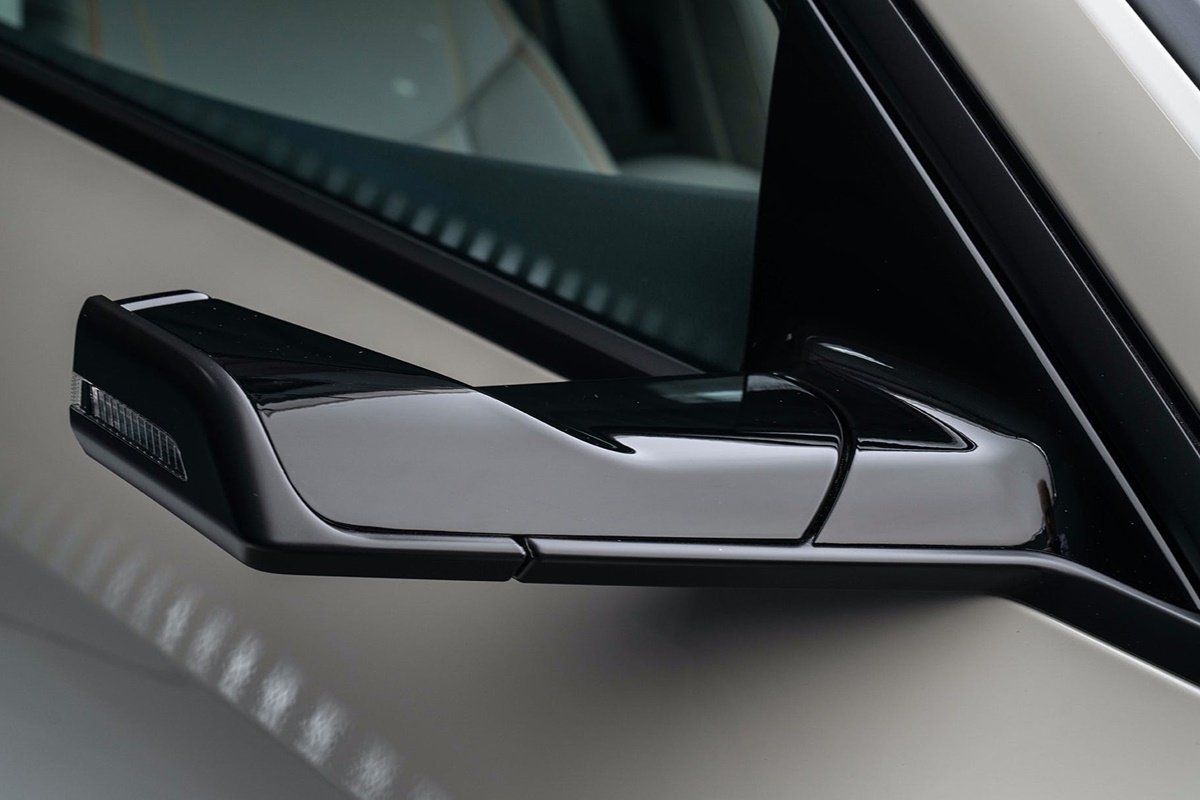 To replace the existing side mirror
Camera and display

In fact, removing side mirrors has been studied for quite some time. It is an essential element to check the rear side situation, but it protrudes outside the body, affecting the air resistance, and the side mirror is often damaged in a narrow space. E-Tron’s side mirror is a step forward to improve this, and later, the goal is to completely eliminate the side mirror structure. 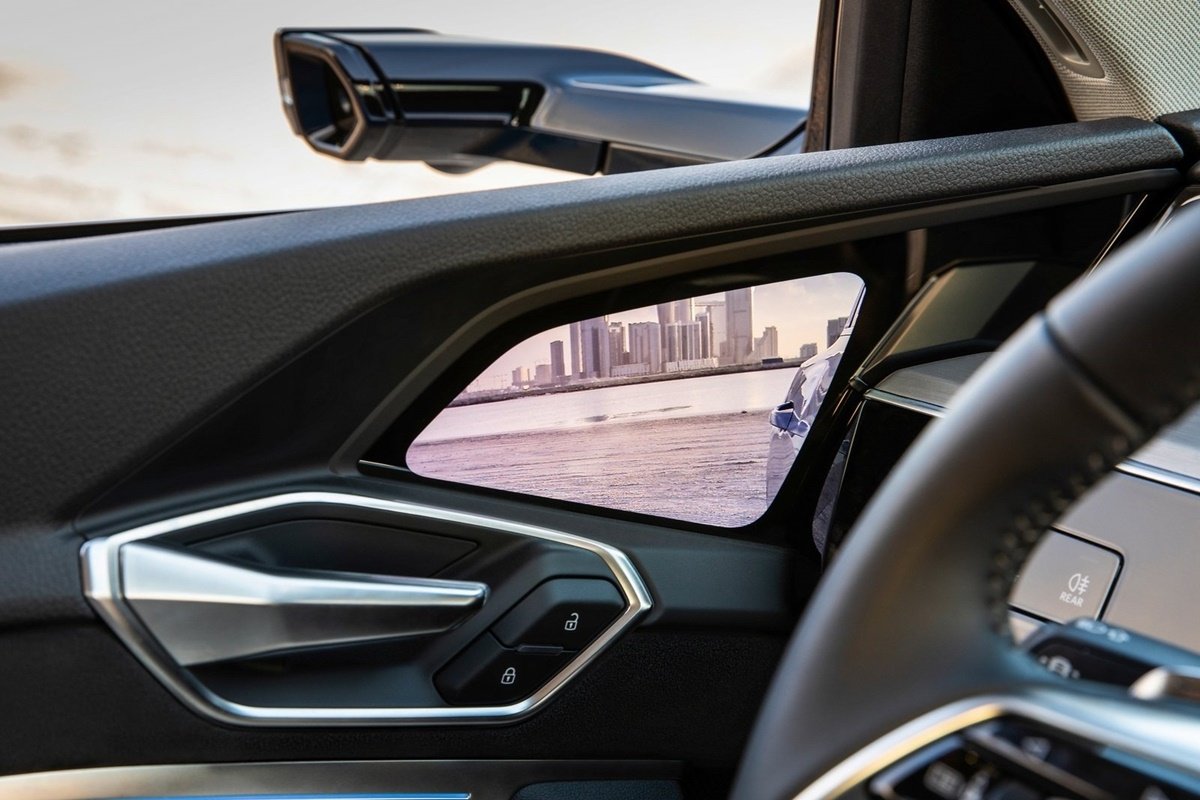 Thanks to the camera’s angle of view, it shows a wider range than the existing side mirrors, but there is a problem that it works digitally. If the camera image cannot be output due to an error or if the corresponding part is damaged in an accident, the rear side situation cannot be checked. Anyone who has driven will know how important rear-viewing is. Turning your head to check it is limited and dangerous.

As with the previous touch screen, the disadvantage is that the repair cost is high if a breakdown or damage occurs. And if the parts are discontinued after a long time after the car is discontinued, repair becomes more difficult. The existing side mirrors cannot be used, so other car parts can be attached and used. However, despite various criticisms, research is still being conducted, and nowadays, room mirrors are showing a move to replace them with cameras and displays. 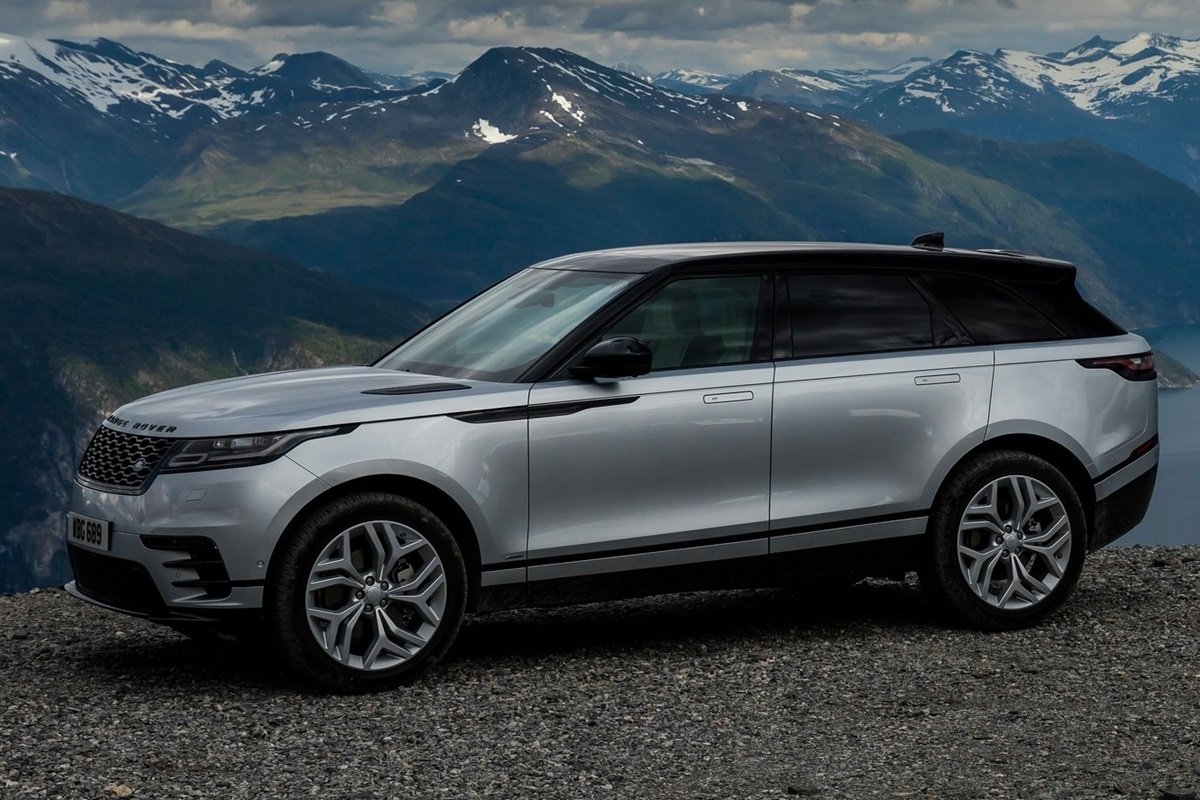 “When you come out, it doesn’t come out…”
Pop-up door handle

Some cars, such as the Tesla or Range Rover Evoque, Bella, Mercedes-Benz S-Class full-change, and NEXO, are equipped with pop-up door handles. Usually, the handle is inside the door, and when the driver approaches, the handle automatically comes out and you can open the door. You can also take it out manually.

The advantage of the pop-up door handle is that there is no protruding part to create a smoother design, and although it is weak, it can reduce the air resistance caused by the door handle. 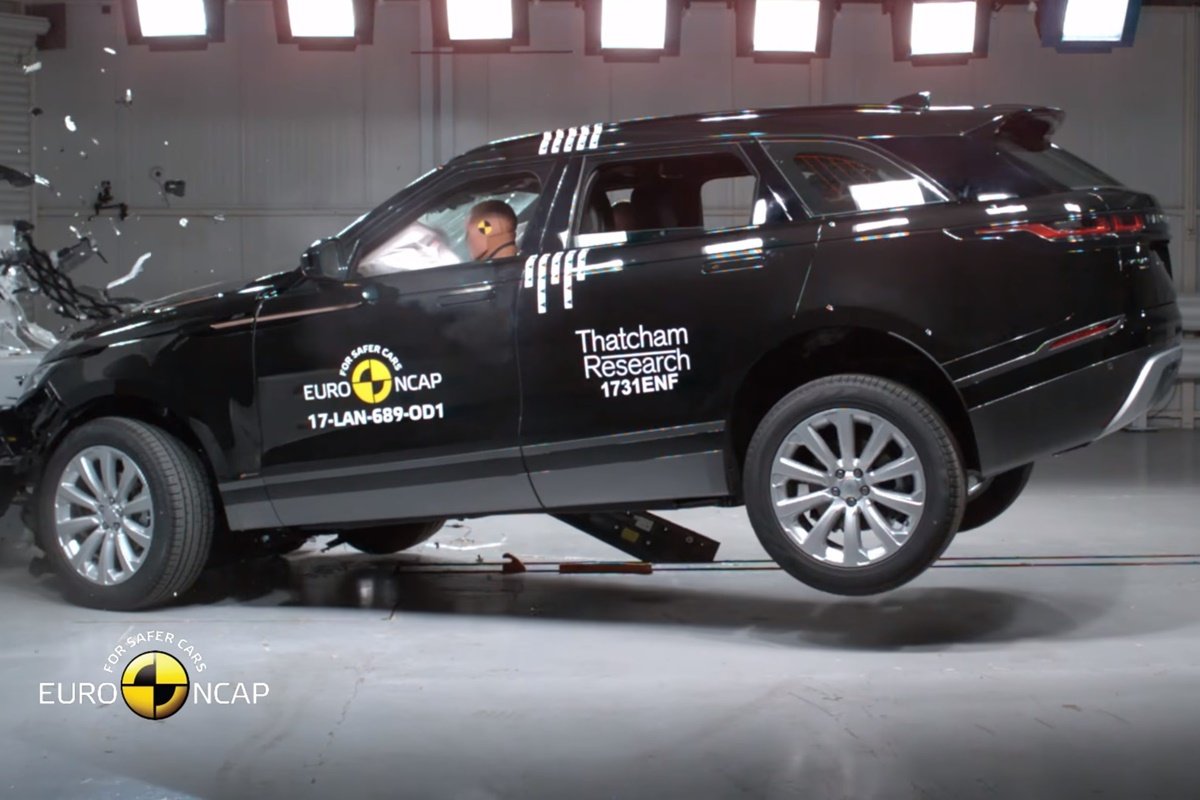 However, the owners of cars equipped with such functions are generally uncomfortable, and most respondents do not know why. In many cases, the door handle did not come out automatically when you approached the car, and there are a few people who have never been able to get into the car because the door handle does not come out even when the unlock button is pressed. Even in winter, there were cases where it did not freeze.

The Euro NCAP crash test also showed that the door handle may not come out automatically in the event of an accident. It is also shown in the crash test video. It is equipped with a collision detection door lock release function, but it is difficult to open the door from outside unless the door comes out. For this reason, it is difficult to rescue quickly if the driver and passengers lose consciousness during an accident. 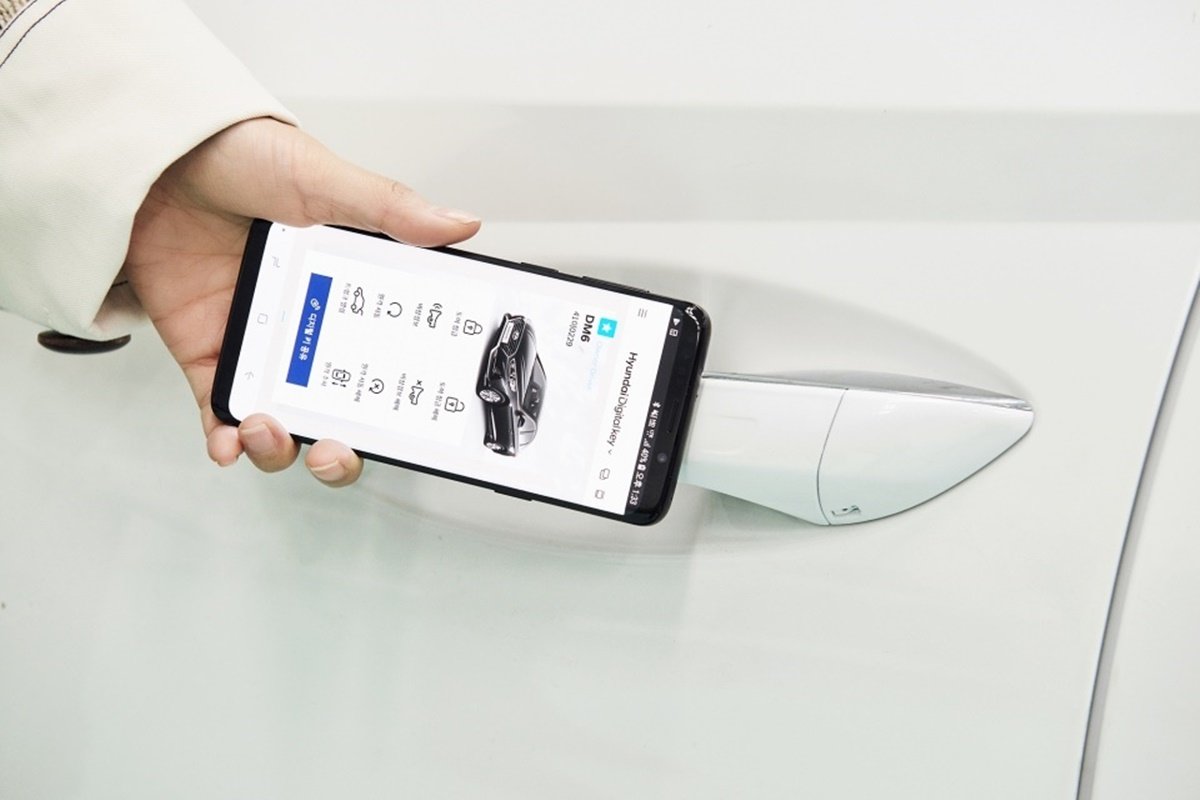 Nowadays, some new cars of Hyundai Motor Group are equipped with digital keys as standard or optional. As the existing smart key function is transferred to a mobile phone, the car can be used only with a smart phone without a key. You can lock and unlock the mobile phone directly to the door handle or remotely by using the application, and you can start it by placing the mobile phone on the wireless charging tray. In addition, you can share the key with others. 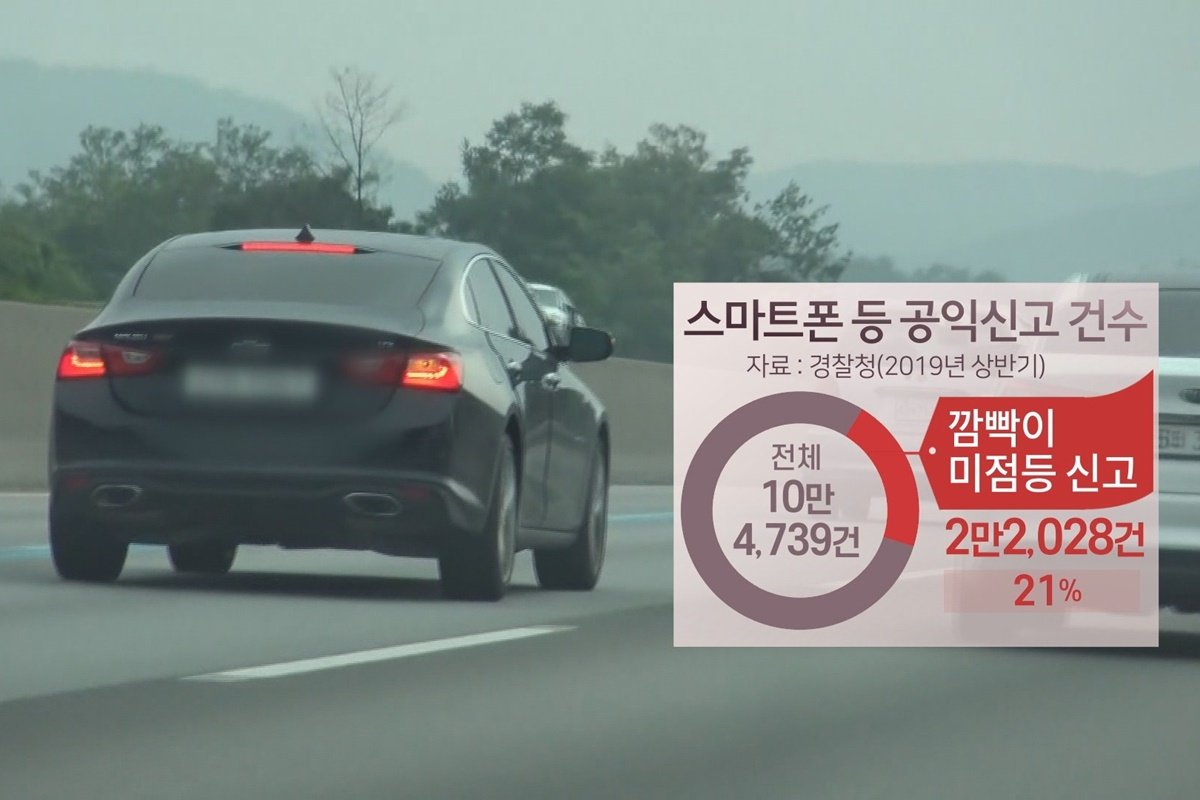 Important for driving, such as changing lanes
Direction indicator light

Despite the fact that long-distance lights such as direction indicators have been boring in many places such as news for a long time, they have not improved significantly since mid-2020. In a way, it seems that this is the most inadequate specification. 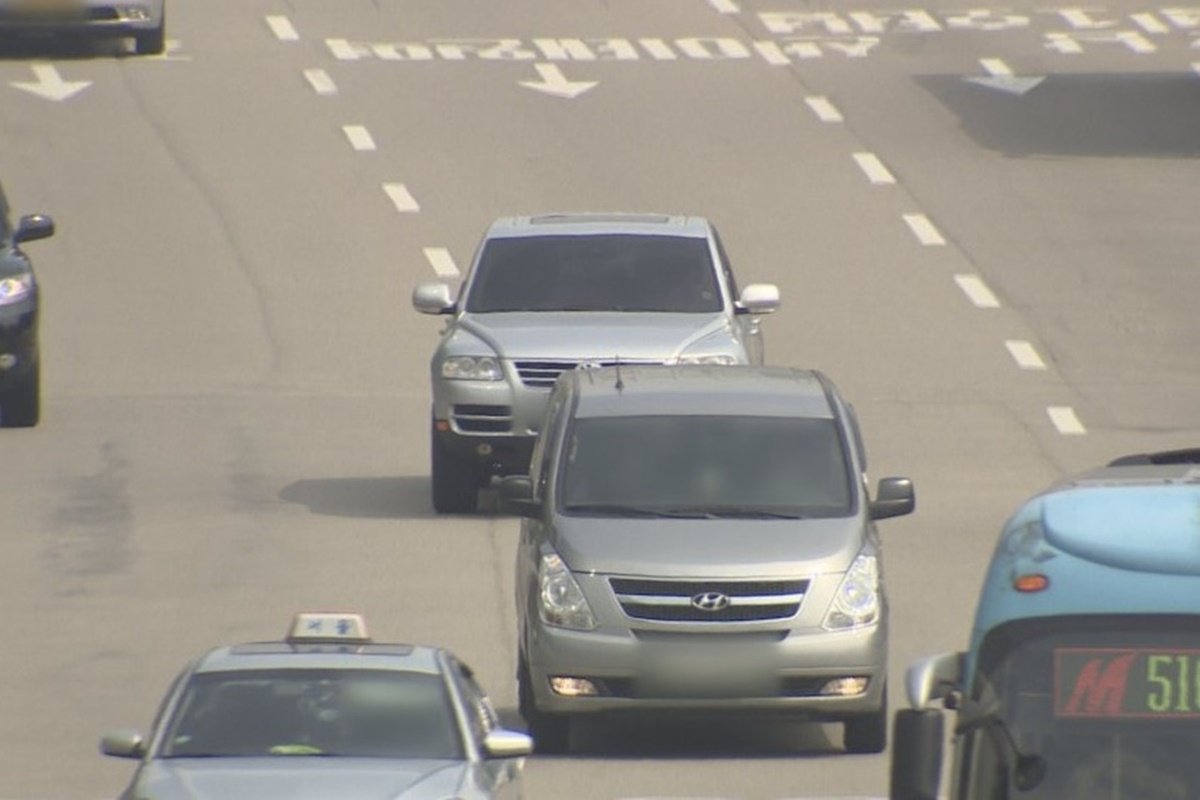 Because the car cannot speak for itself, the only means of communication between drivers is lights. In fact, a European study found that turning on the turn signal light can escape most accident risks. For the safety of yourself and others, be sure to change the lane and turn left, right, and turn signals when you turn. 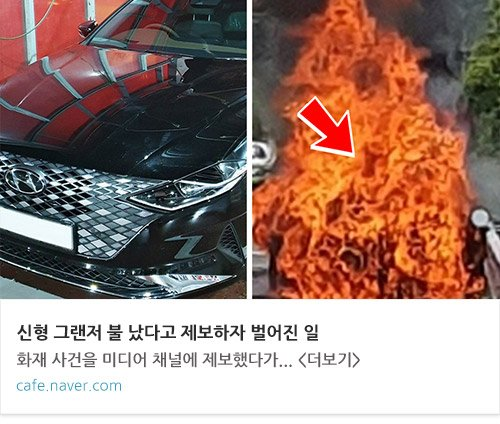 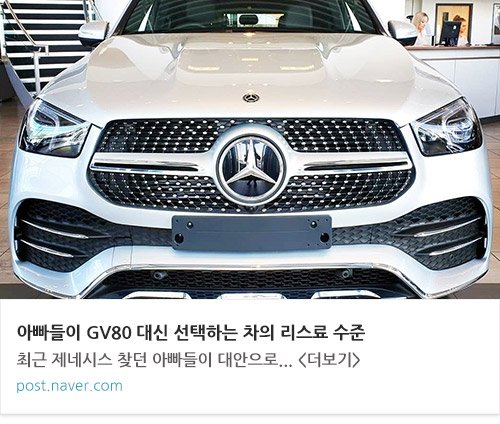 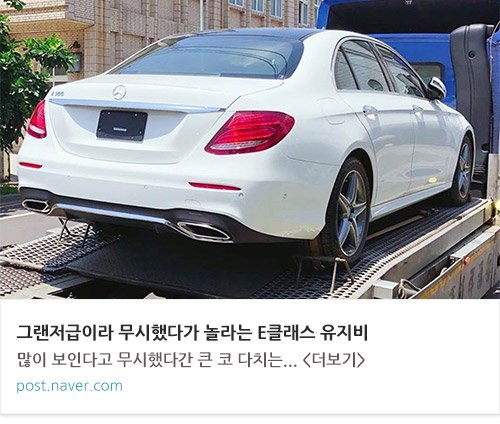 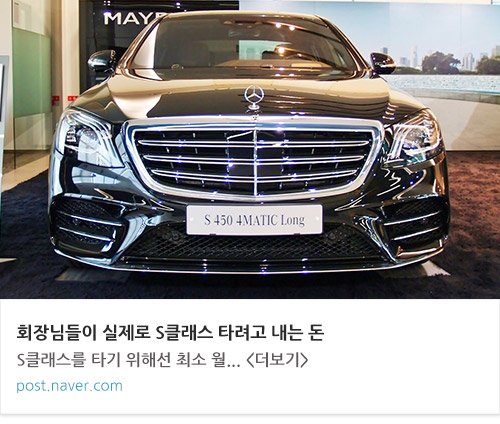 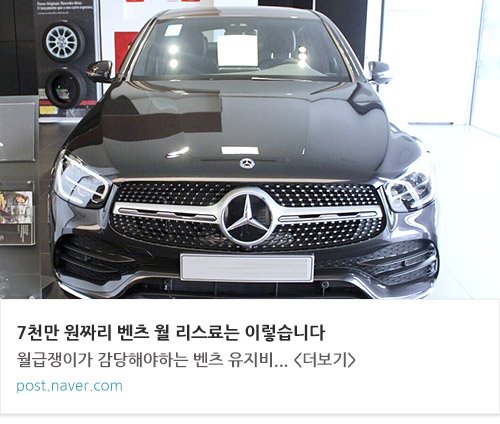 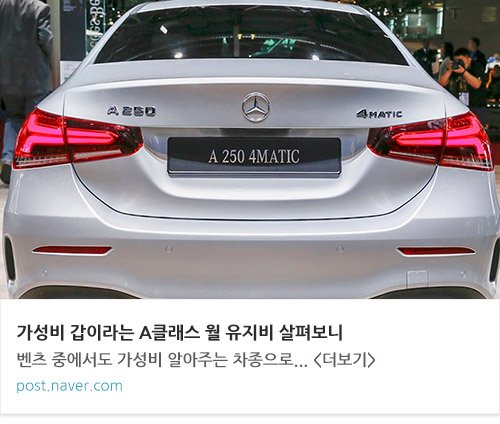 Useful technology tips in life you should know

Post Views: 43 Technology develops and helps us a lot. Here are very simple but extremely useful tips that not everyone knows. Charge your phone with TV Useful technology tips in life When traveling and accidentally forgot the charger at home. It’s a pretty uncomfortable situation, but if you still carry a charger, things will […]

3 nutritional components that women in their 50s should supplement

Post Views: 54 Women in their 50s undergo a lot of changes in their bodies, so they need a more careful diet to avoid health problems that are common at this age. So you already know what you should supplement to stay healthy no matter how the body changes? The diet of women in their […]