2012 Toyota Hilux Review: Should a range of 400 million be purchased?


Experts rated the old 2012 Toyota Hilux as a worthwhile option in the old pick-up segment at the price of VND 400 million. 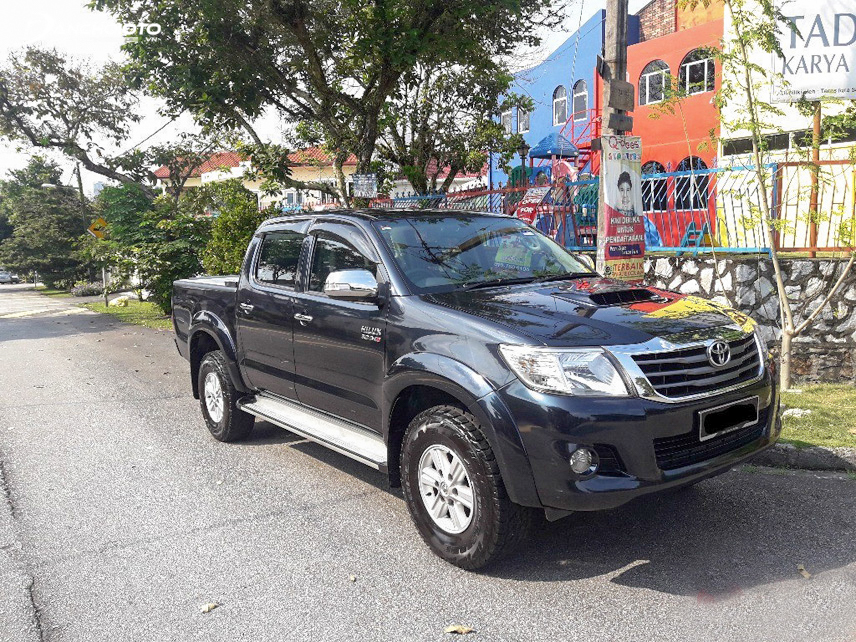 2012 Toyota Hilux has many changes compared to the old model

Review the old 2012 Toyota Hilux in terms of exterior

Review the old 2012 Toyota Hilux Overall, the exterior, we see the car is changed a lot compared to the old model. 2012 Toyota Hilux has a strong design style, style and personality, not “clumpy” and rigid like the previous generation that many users evaluate.

Top car 2012 Toyota Hilux has a 3-bar grille with shiny chrome plating to enhance the modern and luxurious look of the car. The headlights, capo, air intakes, bumpers and underbody lights are designed more sophisticated than the old version. The first part 2012 Toyota Hilux car is assessed to have many similarities with “brother” Toyota Innova. Compared to its direct competitor, the Ford Ranger, the Hilux design appears to be more elegant in the SUV / CUV direction than the muscular Ford Ranger. 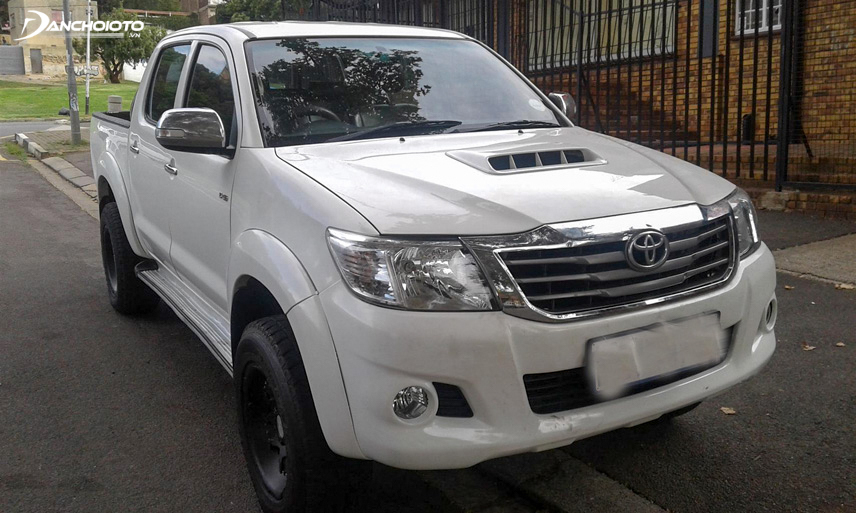 Old 2012 Toyota Hilux car has many similarities with Toyota Innova

The body of the car impresses the viewer by the brightly cast alloy wheels of 15 – 17 inch size depending on the version. 6-spoke wheels are designed to increase the appearance and strength of the body. In addition, the rearview mirror 2012 Toyota Hilux is adjusted power, turn signal lights turn and shiny chrome. 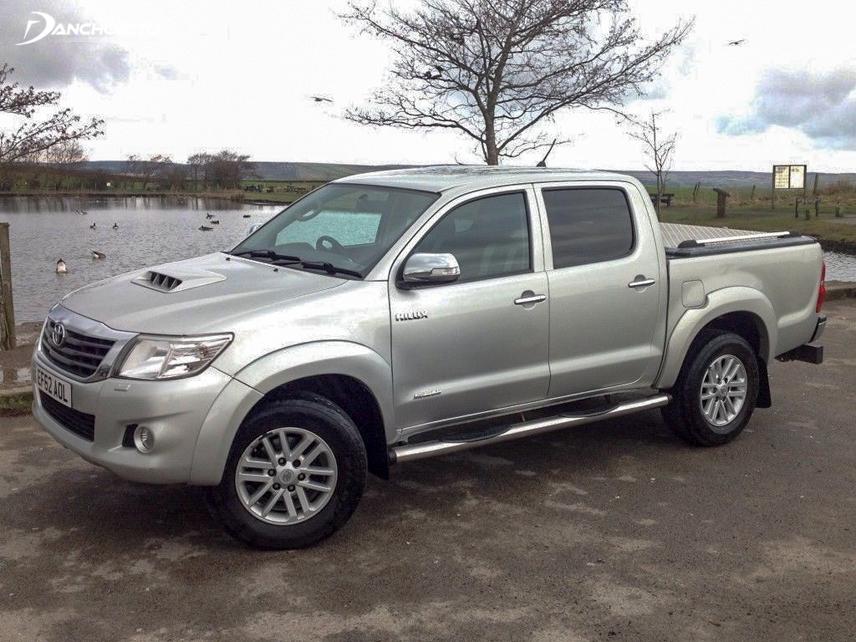 The tail of the pickup Old Toyota Hilux 2012 is designed firmly, square. Taillight system is designed with sinewy parts. Tail lights combined with LED brake lights increase the power and personality of the vehicle. The large lower part is modern chrome plated also somewhat enhances the appeal of the car. 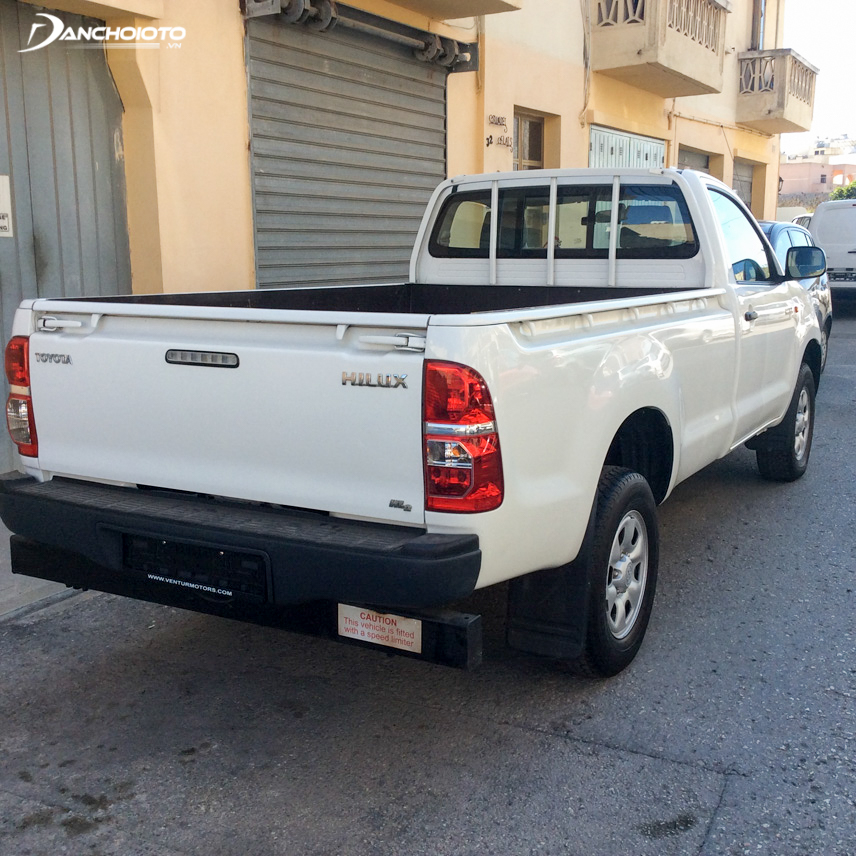 Evaluate 2012 Toyota Hilux about the interior

With the large size is rated top pickup segment compared to rivals. Old Toyota Hilux 2012 has a very spacious and comfortable interior space. Car interior Equipped with basic equipment of the company. However, compared to the previous generation of interior market of the old 2012 Toyota Hilux is more invested.

The cockpit has been improved with many differences compared to previous generations. Interior space is designed with 2 tones of cream and gray is the mainstream. Leg room is somewhat comfortable and spacious, more comfortable. Both 2012 Toyota Hilux versions are equipped with 2 rows of felt material. The second row of the old Toyota Hilux 2012 is assessed quite wide but the recline is not really deep. 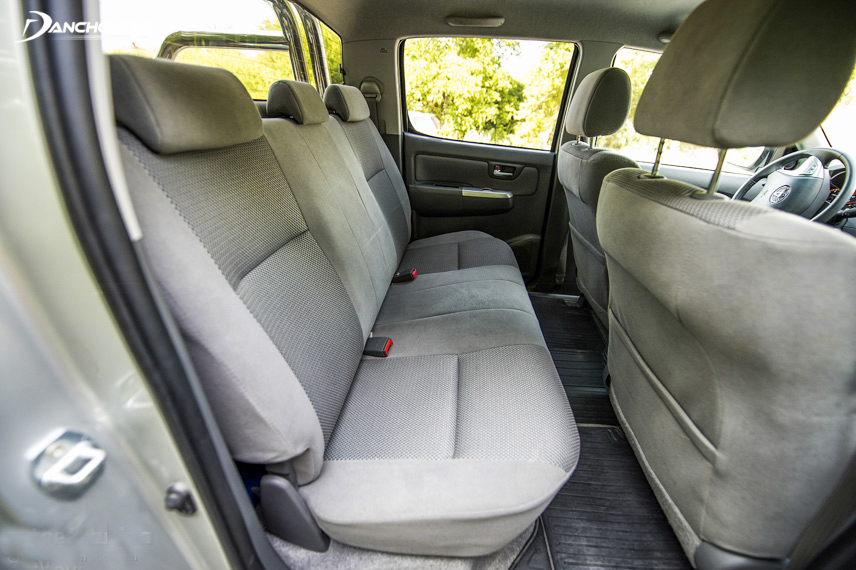 The central cluster of the old Toyota Hilux 2012 is designed in the form of Optitron. The watch with a cool blue light helps clearly display the 2012 Toyota Hilux specifications for users. From there help the driver to capture the vehicle information accurately, most effectively. Besides, the screen light will be adjusted appropriately to maximize power consumption. The taploboard of the 2012 Hilux pickup is simple, easy to use. The car steering wheel has integrated buttons to adjust the functions of the car in a nodding form to help users easily operate. Door system of 2012 Hilux is adjusted by electric, anti-jamming but the seat and air conditioner only adjust the engine.

Comfort system of Old 2012 Hilux Only equipped with some standard basic equipment. The entertainment system includes a 1-disc CD player, AUX / USB connection, MP3 / WMA and 6-speaker audio system on the 3G version and 4 speakers on the Hilux 2.5E version. Old Toyota Hilux 2012 used air-conditioning system with an indoor unit manually adjusted with a knob. The cooling system of Hilux 2012 is assessed to be capable of cooling fairly quickly. 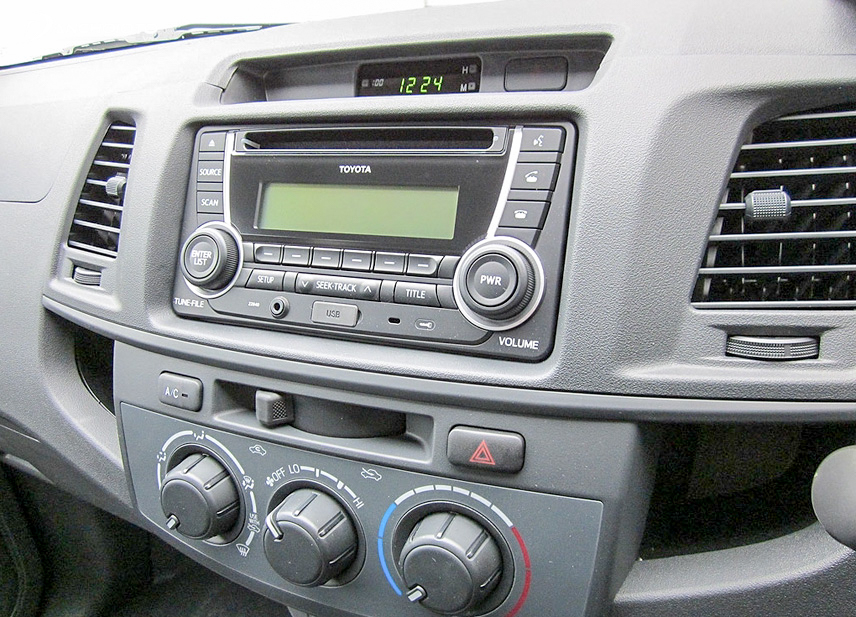 Review the old 2012 Hilux has quite spacious interior space and especially has a wide bay. However, Cons of Toyota Hilux 2012 is the furniture that is “poor”. Moreover, old cars after more than 6 years of use are not as new as before. The interior equipment is somewhat inferior to the new level such as the steering wheel, the seats are faded due to frequent use. Some other quality details are not as good as the original.

Old Toyota Hilux 2012 is equipped with 2 engine options of 3.0L and 2.5L. With this equipment, the old Hilux 2012 engine power is rated at an average level compared to competitors in the segment.

Here are the 2012 Toyota Hilux specifications:

Operability of Old 2012 Hilux is appreciated for its durability and smoothness. Old 2012 Hilux gives the driver a sense of smoothness, lightness, firmness and safety. The Hilux 3.0G version with larger engine power should bring a somewhat stronger driving experience than the Hilux 2.5E version. Besides that, 2012 Toyota Hilux old It is also said to be able to operate flexibly on bumpy roads. 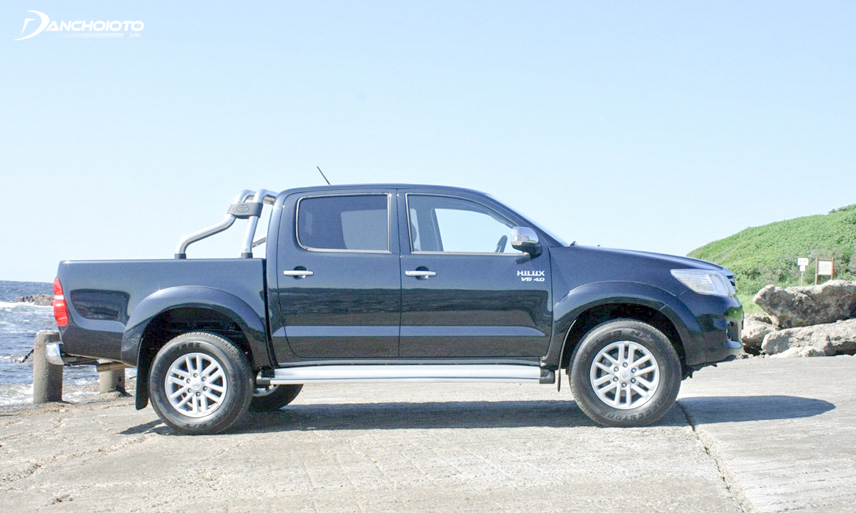 Toyota fuel consumption Old 2012 Hilux is rated much better than previous versions. Old 2012 Hilux only consumed about 7.3 liters / 100km of combined roads and emitted about 193g CO2 / km. Thus, the old Toyota Hilux 2012 is capable of saving fuel quite well compared to competitors in the segment.