19:09 Japan dilutes nuclear waste water and discharges it into the sea. International Atomic Energy Agency: This is the usual practice of various countries 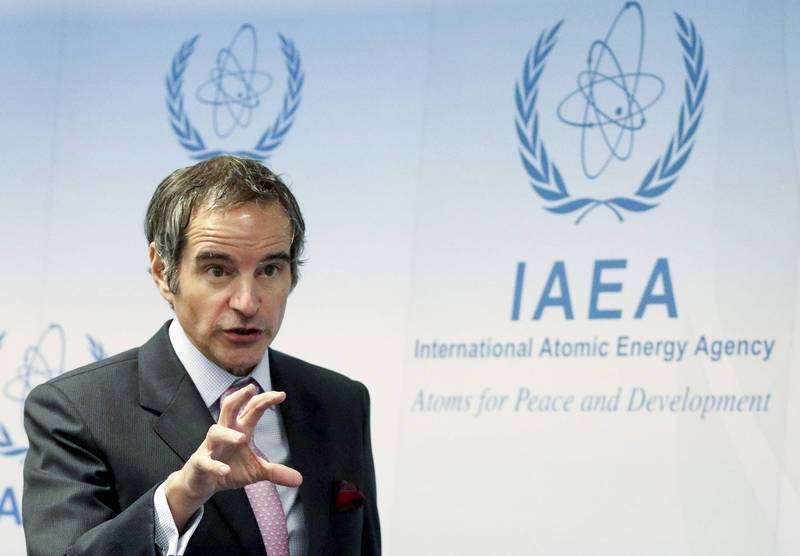 Japan’s policy of diluting nuclear waste water into the sea has been endorsed and supported by the Director of the International Atomic Energy Agency (IAEA) Grossi (see picture). (Associated Press information photo)

[Compiled by Chen Chengliang/Comprehensive Report]On the 13th, the Japanese government officially finalized the policy for the dilution and discharge of nuclear wastewater from the Fukushima Nuclear Plant No. 1 into the sea, which was endorsed by the International Atomic Energy Agency (IAEA), the nuclear supervisory authority under the United Nations. The IAEA believes that radioactive elements will be reduced to safety standards before being released. It also pointed out that the discharge of nuclear waste water into the sea is in fact the usual practice of power plants in various countries.

The Japanese government has asked Tokyo Electric Power Company to discharge “treated nuclear sewage” two years later. It is estimated that the plan will take decades. In the future, the nuclear wastewater stored in the Daiichi Nuclear Power Plant will be diluted to reduce the tritium concentration to 1/40 of the Japanese national standard and 1/7 of the drinking water standard stipulated by the World Health Organization (WHO) before being discharged.

IAEA Director Rafael Mariano Grossi issued a statement on the 13th to welcome Japan’s decision and emphasized that the IAEA is ready to support Japan in treating Fukushima nuclear wastewater at any time.

Grossi said: “The decision made by the Japanese government today is a milestone and will pave the way for the long-term abolition of the Fukushima Daiichi nuclear power plant.” He emphasized that the Japanese government’s decision is in line with international practices, despite the fact that the Fukushima nuclear facility exists. The amount of water makes it a unique and complicated case.

The Japan Times pointed out that nuclear power plants all over the world discharge tritium-containing nuclear waste water into the sea. This is actually a common practice. Although the current purification system cannot separate tritium from nuclear waste water, tritium has low radioactivity, and its external radiation does not pose a health threat, nor does it enter fish or humans through the food chain.

“NHK” reported that the Ministry of Agriculture, Forestry and Fisheries of Japan and the Fukushima government will also strengthen monitoring of the concentration before and after the release, and publish objective and transparent news under the supervision of IAEA. It will also assist fishermen to promote sales and attract tourists. If fishermen lose their perception due to negative perceptions , Tokyo Electric Power will also compensate.