17:43 The appearance of the 6th-generation fighter aircraft of “Military New Knowledge” is suspected to be exposed!The U.S. Air Force reports the emergence of future air superiority aircraft 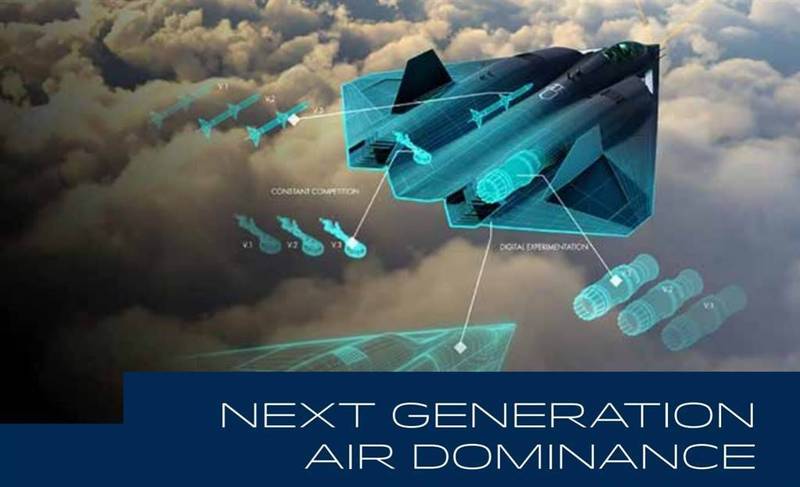 In the biennial procurement report released by the US Air Force, a hypothetical picture of a suspected 6th-generation fighter appeared. (Taken from the official website of the US Air Force)

[Compiled by Chen Chengliang/Comprehensive Report]The U.S. Air Force is embarking on the “Next Generation Air Superiority” (NGAD) project. The goal is to build a network of 6th-generation fighters, sensors and weapons. Fighters will be side by side with UAVs. Fighting, rather than fighting alone by fighter or technology, to surpass the air force of the Chinese People’s Liberation Army. In the latest biennial procurement report released by the US Air Force, there is a hypothetical picture of a suspected 6th-generation fighter, and the structural appearance is different from the current 5th-generation fighter (F-22, F-35).

The most special part of the report is the introduction of NGAD. Aircraft with a different configuration from the current fighters appeared. The appearance is relatively flat, with a triangular shape when viewed from the top, and a pair of V-shaped vertical tails. The air intake is designed above the fuselage. , Quite like B-2 and F-117A.

The aircraft shown in the picture has highly modular features. The engine and landing gear can be replaced more quickly, saving time for logistical maintenance. The internal bomb bay can be equipped with a variety of missiles.

The United States has so far announced two next-generation air superiority plans: the F/A series of fighters that will eventually replace the active F/A-18E/F “Super Hornet” fighter jets for the Air Force and the Navy. In September last year, the US Air Force announced that the full-scale prototype of the sixth-generation fighter under the NGAD program had completed test flights. According to the “Air Superiority 2030 Flight Plan” released by the U.S. military in 2016, this fighter is one of at least two 6th-generation fighters currently under development.