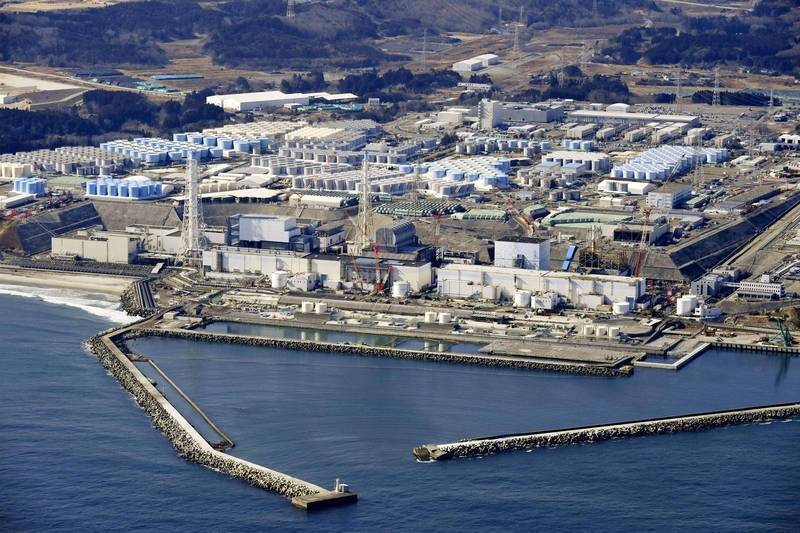 [Instant News/Comprehensive Report]The Japanese government held a cabinet meeting this morning (13) to formally finalize the guidelines for the dilution and discharge of nuclear wastewater from the Fukushima Nuclear Plant No. 1 nuclear power plant into the sea. This decision has aroused attention from all walks of life. The US State Department expressed its support for Japan’s decision, while Japan’s neighboring South Korea expressed its “deep regrets.” The Chinese Ministry of Foreign Affairs even issued a statement criticizing it, which is extremely irresponsible.

In response to the Japanese government’s decision to dilute and discharge nuclear wastewater from the Fukushima Nuclear Power Plant into the sea, the South Korean government responded “deeply regretful” and stated that it would take all feasible measures to protect the safety of its citizens and urge Japan to disclose nuclear wastewater treatment information.

The Ministry of Foreign Affairs of China also immediately issued a statement in response. As a close neighbor and stakeholder of Japan, China expressed serious concerns about this. The statement criticized that the Japanese side had unilaterally decided to dispose of the nuclear waste water from the Fukushima nuclear power plant accident in a way that the Japanese side had not exhausted the safe disposal methods, regardless of domestic and foreign questions and opposition, without full consultation with neighboring countries and the international community. This is extremely irresponsible and will seriously damage international public health and safety and the vital interests of the people of neighboring countries.”

The statement pointed out that China strongly urges Japan to recognize its own responsibilities, uphold a scientific attitude, fulfill its international obligations, and respond to the serious concerns of the international community, neighboring countries, and its own nationals; re-examine the issue of nuclear waste water disposal at the Fukushima nuclear power plant. Before the country and the International Atomic Energy Agency have fully negotiated and reached an agreement, the discharging of the sea shall not be initiated without authorization. “China will continue to work closely with the international community to monitor developments and reserve the right to make further responses.”

The Japanese government held a cabinet meeting this morning and formally decided that the nuclear waste water of the Fukushima Nuclear Power Plant would be diluted and discharged into the sea. It is estimated that the exile plan will be implemented in 2022. The US State Department expressed its support for Japan’s decision, saying that Japan has adopted internationally recognized nuclear safety standards to discharge nuclear waste water; China’s Ministry of Foreign Affairs pointed out that it has been concerned about this case with Japan on many occasions, and the Japanese government has notified me in advance before making a formal decision on the policy. Fang, and promised to dilute, filter and purify according to international standards for discharge.