16:43 The Dutch protest against the continued blockade and the authorities detain more than 150 people 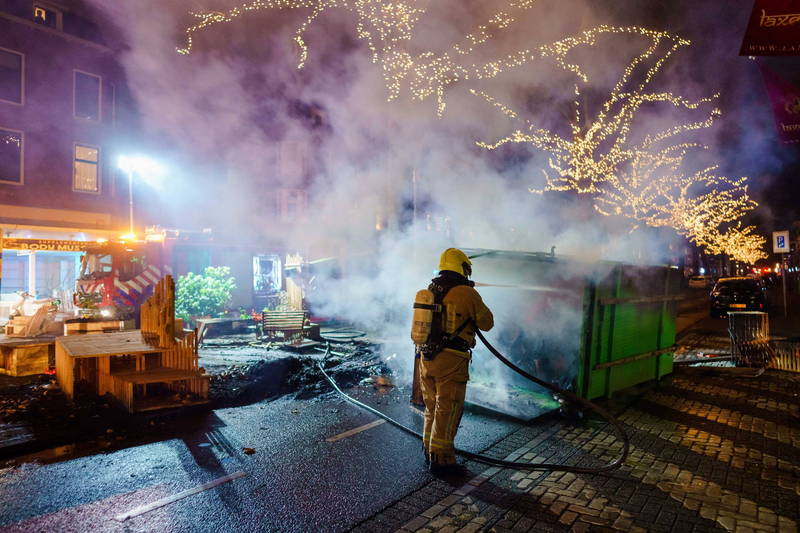 The Dutch protests against the blockade continued. During the demonstration on the third night, the authorities arrested more than 150 people across the country. (European News Agency)

[Real-time news/comprehensive report]The threat of the Wuhan pneumonia (new coronavirus disease, COVID-19) epidemic continues. The Netherlands has imposed strict lockdowns and night curfews from the 23rd, which immediately aroused public protests against protesters who threw stones at the police and robbed stores Even arson has been arrested. More than 240 people have been arrested. During the demonstration on the third night, the authorities arrested more than 150 people across the country. Local Dutch media reported today (26th) that nearly 10 police officers in Rotterdam were injured as a result.

According to Reuters, this night curfew is the first time since World War II in the Netherlands. After it was implemented on the 23rd, people protested and turned into a violent conflict on the 24th. The Dutch National News Agency (ANP) mentioned in today’s report that there were about 10 Rotterdam police officers were injured in the demonstration. The Rotterdam authorities arrested more than 60 people overnight during the night of the third day of protest. The Dutch regional broadcaster “NH Nieuws” also reported that two photographers were targeted by violent demonstrators. The stones were injured, one in Amsterdam and the other in Haarlem.

“Reuters” pointed out that nine demonstrators in the eastern part of the capital were also arrested by the police. Witnesses at the scene said that many shop windows were broken by demonstrators, and some people attacked police cars. It is understood that schools and non-essential shops in the Netherlands have remained closed since mid-December last year. According to data from Johns Hopkins University in the United States, the cumulative number of people infected in the Netherlands so far is 96,194 , 13,686 people died.