16:26 1 out of 10 people will be vaccinated! The latest data shows that “the global vaccine delivery rate exceeds 10%” 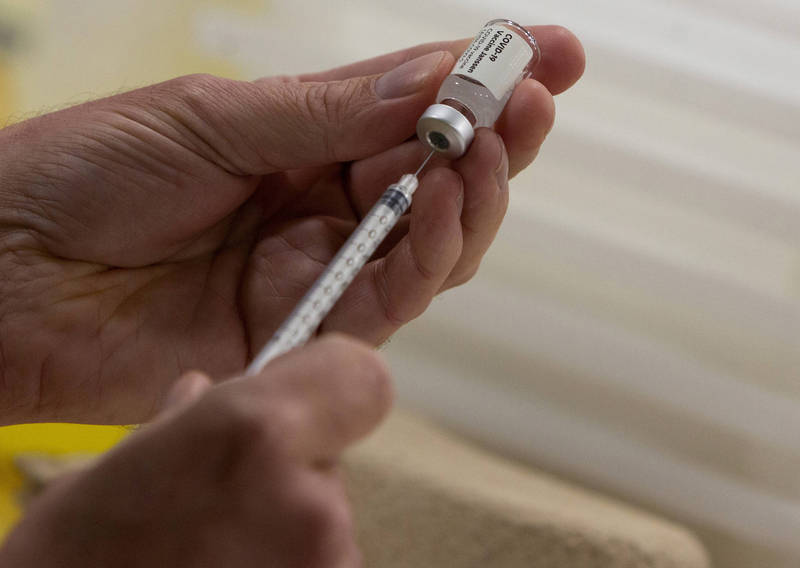 [Real-time news/comprehensive report]Wuhan pneumonia (new coronavirus disease, COVID-19) continues to ravage the world. In order to effectively control the epidemic, governments of various countries are actively promoting vaccination. According to the latest data, the proportion of the global population who has received at least one dose of Wuhan pneumonia vaccine has exceeded 10%, which is equivalent to 1 in every 10 people being vaccinated.

According to a report by “NHK”, according to the “Our World in Data” website run by researchers at the University of Oxford in the UK, the latest statistics as of the 25th show that after removing countries and regions for which the details are still unclear, at least one dose of Wufei will be administered globally The proportion of the population with vaccines reached 10.1%. Among them, the top five countries in terms of beating rate are Israel 62.9% in the Middle East, 56.5% in the United Kingdom, 56.2% in Mongolia, 52.8% in Canada, and 52.2% in the Kingdom of Bahrain in the Middle East.

In addition, Israel still tops the population with “two doses of complete vaccination” in each country, with 59.2%, followed by the Kingdom of Bahrain with 43.1%, Chile with 40.6%, the United States with 39.2%, and the United Kingdom with 34.8%.

The report pointed out that “the failure to target developing countries as the main targets” is currently a major issue in global vaccination. In this regard, the World Health Organization (WHO) aims to reach at least 10% of the population of all countries to complete the vaccine by September Vaccination, calling on developed countries to jointly assist in achieving a fair distribution of vaccines. 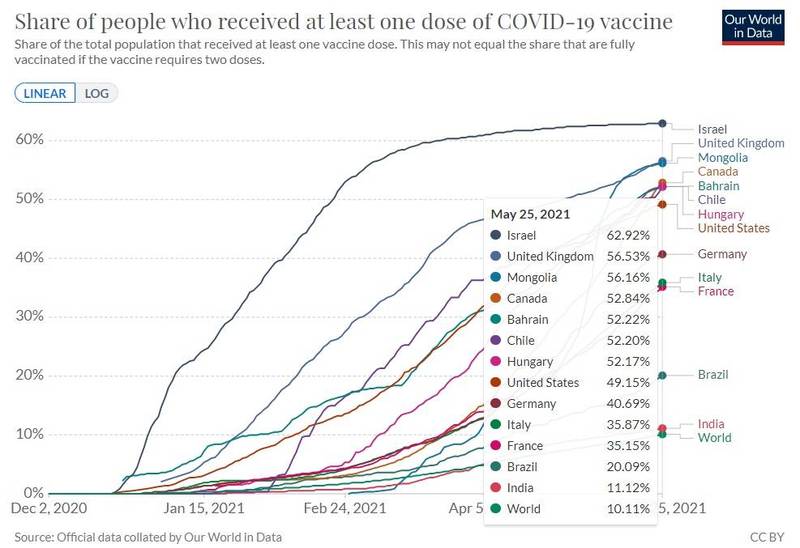 As of the 25th, 10.1% of the global population had received at least one dose of Wufei vaccine. (Retrieved from “Our World in Data”)