15:59 In order to pick up a mobile phone accidentally fell from a building and died, the terrifying monitor screen was exposed for the first time 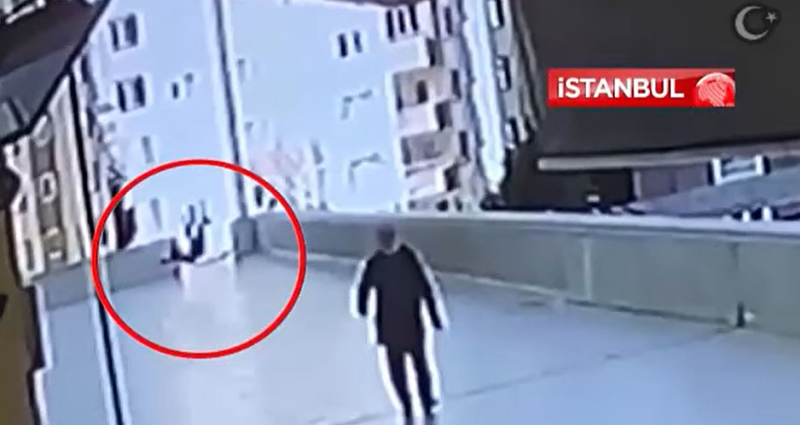 A few days ago, a teenager accidentally fell from a building to pick up a mobile phone in Istanbul, Turkey. (The picture is taken from the official YouTube of HABER Ci)

[Instant News/Comprehensive Report]A horrifying fall from a building recently occurred in Istanbul, Turkey! A 16-year-old teenager was sitting by the window and using his mobile phone. The mobile phone accidentally flew out of the window. In order to catch the mobile phone in the air in time, he accidentally lost his balance and fell from the height of the 12th floor to the 1st floor. After the first aid, he was still pronounced dead due to serious injuries.

According to comprehensive foreign media reports, at around 2:30 pm local time on the 1st of this month, 16-year-old Ismail Ababey stayed at home alone, sitting at the window listening to music while using his mobile phone. He didn’t expect the mobile phone to fly accidentally. Out of the window, in order to catch the mobile phone flying in the air in time, he lost his balance and fell from the height of the 12th floor to the first floor.

The report mentioned that according to the monitor footage exposed at the scene, Abbey fell from a height behind passers-by as if in free fall. Witnesses at the scene rushed towards him when he saw him. He was seriously injured in a pool of blood, but he was still injured. For signs of life, the medical staff rushed to the scene to give first aid cardiopulmonary resuscitation after being reported, but unfortunately died after being sent to the hospital. Turkish officials have also launched an investigation into the accident.