15 songs including BTS V’s own song’Snow Flower’ were listed..’Kim Tae-hyung’s Music World’ with a healing sensibility 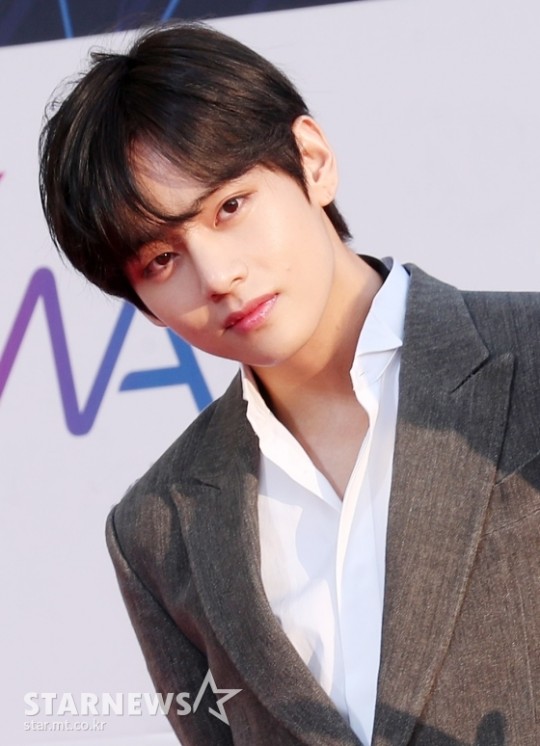 As BTS’s own song’Snow Flower’ was registered in the Korea Music Copyright Association, V wrote 15 songs and was named as the composer.

V is building a unique world of music that is differentiated from the moment he listens by gradually expressing his sensibility by changing colors while being in harmony with the music of BTS at the beginning of his song work.

The songs V’s pursuit of music unfolds at V’s pace contain a message of consoling and wishing for happiness while sharing pain together. 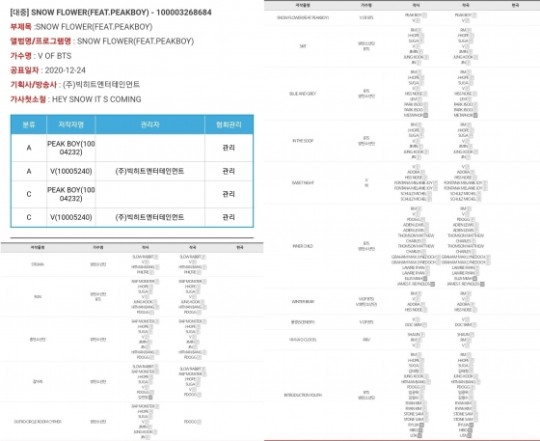 15 songs including BTS V’s own song’Snow Flower’ were listed..’Kim Tae-hyung’s Music World’ with a healing sensibility

V’s own songs such as’Nessie’,’Landscape’,’Winter Bear’,’Sweet Night’,’Blue & Gray’, and’Snow Flower’ are based on nature such as the moon, dawn, and snow, and flowers, angels, blue birds, warmth The narrative of salvation is sung in a language containing healing sensibility symbolized by, good night, etc.

In addition, when working on songs, it has been revealed that he gets inspiration from various films such as Love Letter, About Time, Can’t Be Better than this, and Titanic. It can be said that it is in line with this that the music video for’Winter Bear’, which V shot by himself, was evaluated for its musical sensitivity to be well expressed in cinematic techniques.

Songs born from this sensibility often appear as background music in documentaries and entertainment programs, even songs that are not official sound sources.