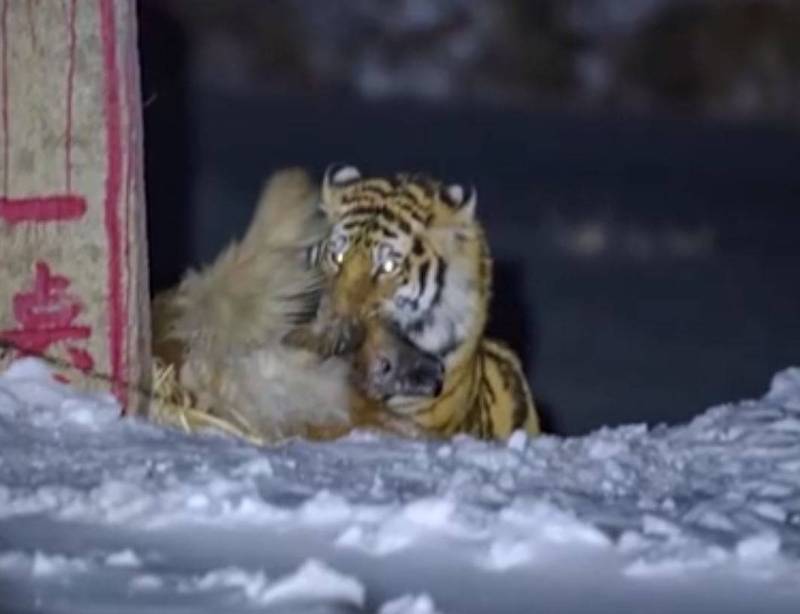 In the village of Yanbian, Jilin, China, a photographer captured the amazing picture of a tiger entering the village and killing his dog. (The picture is taken from Weibo)

[Instant News/Comprehensive Report]It’s horrible! A certain village in Yanbian, Jilin Province, China, recently saw Siberian tigers hunting for food. After hearing the news, a photographer waited there for more than half a month, and finally took an amazing picture of the tiger entering the village and killing his family dog.

In the video circulated on Weibo, you can see that a watchdog yellow dog turned around in front of the camera. How did you know that a tiger suddenly leaped over, bit the yellow dog by the neck and dragged it away. A photographer surnamed Wang revealed that the owner was still planning to come out to save the dog, and he hurriedly followed to stop him. Unexpectedly, he walked too quickly and ran to a place 7 or 8 meters away from the tiger. He and the tiger looked at each other for 10 seconds. Around the clock.

The photographer said that Tiger didn’t mean to step back when he came to see him later. He ran away by himself. After thinking about it, he was surprised that the situation was dangerous. It is understood that this year’s heavy snow, lack of prey and other reasons may have caused the Siberian tigers to frequently enter the village and kill domestic dogs or livestock.