14:11 How many firecrackers were set off?Severe haze damage during Chinese New Year 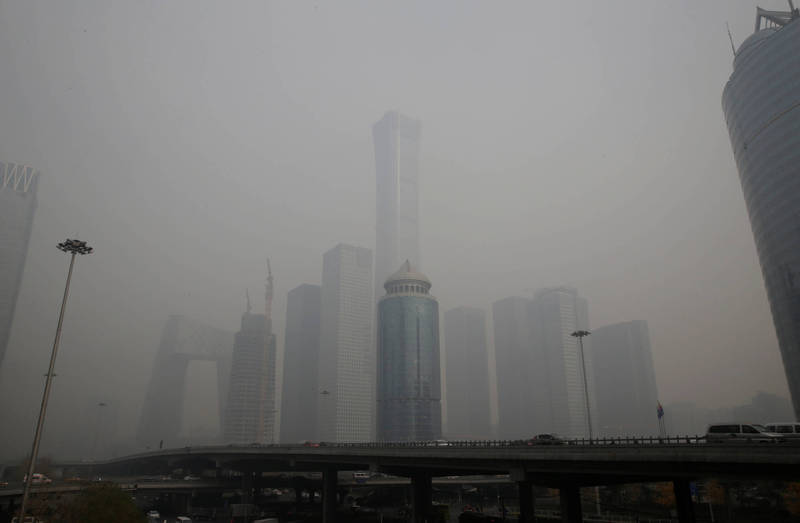 Affected by weather conditions and firecrackers in northern China, severe haze occurred during the Spring Festival. The picture shows a schematic diagram of the haze damage in Beijing. (Photo by Reuters)

[Real-time news/comprehensive report]Despite the authorities’ enforcement of the ban, the weather conditions during the Chinese New Year period, coupled with the concentrated burning of fireworks and firecrackers within a short period of time, further aggravated air pollution. There was severe haze damage in the surrounding areas of Beijing, and the air quality was in the early stage. It reached “severe pollution” in the early morning.

According to Chinese media reports, China’s Ministry of Ecology and Environment forecasts that due to unfavorable diffusion conditions today and tomorrow, coupled with the fact that people set off fireworks and firecrackers during the Spring Festival, the overall air quality is poor. There may be moderate to severe pollution in the central and southern parts of North China, and light to mild pollution in the northeast and southwest. Moderate pollution, it is expected that the air quality will not improve until the diffusion conditions improve on the 15th.

Between 7pm on New Year’s Eve and 6am on the first day of the new year, 47 cities in China have air quality levels above severe pollution, and 13 of them have severe pollution levels. Among the Beijing-Tianjin-Hebei region and surrounding areas, Langfang, Hebei is the most polluted city in the region, and 7 cities including Beijing, Baoding, and Shijiazhuang are heavily polluted.

According to the analysis of the Beijing Ecological Environment Monitoring Center, the PM2.5 concentration of many monitoring sites in Beijing increased significantly from the evening of New Year’s Eve to the early morning of the first day of the new year, which is believed to be related to the use of large quantities of firecrackers. Today, many districts of Beijing still maintain heavy pollution.

According to the Ministry of Ecology and Environment, Beijing’s air pollution has increased during the Lunar New Year this year compared with the past three Spring Festival holidays. The maximum peak concentration during this period was 289 μg/m³, an increase of 46.7% compared with the same period last year, and the average of the past three years. The peak concentration is 31.4% higher than that.

Due to unfavorable proliferation conditions and people setting off fireworks and firecrackers during the Spring Festival, various districts in Beijing remain heavily polluted today. (The picture is taken from the website of Beijing Ecological Environment Monitoring Center)