14:10 The Japanese Ground Self-Defense Force dormitory was shocked to hear that 2 boys died and the alleged mother was brutally strangled 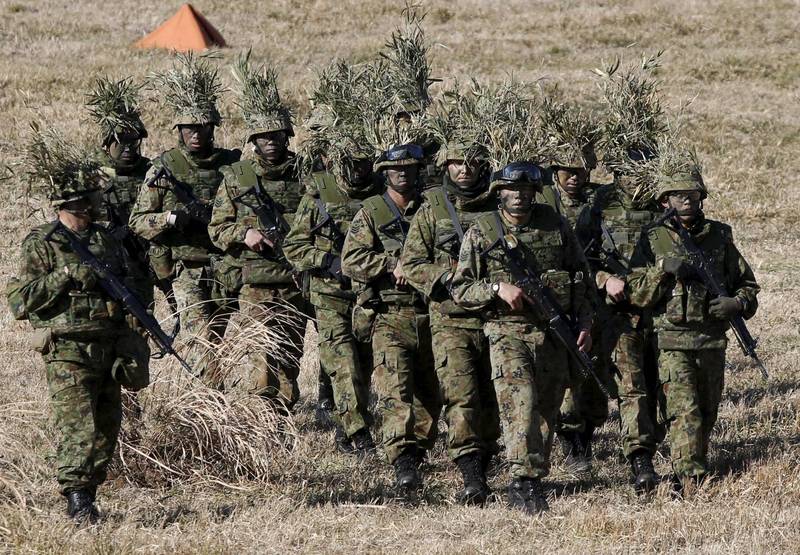 The Japanese Ground Self-Defense Force Miyakojima base dormitory committed a life case. Two boys aged 5 and 3 were suspected of being strangled by their mothers. Schematic diagram of Japan’s land self, not related to this news. (Reuters)

[Real-time news/comprehensive report]The Japanese Ground Self-Defense Force’s Miyakojima base dormitory was shocked to report a murder case. Two boys, aged 5 and 3, were in the corpse room of the boy. The police initially believed that the mother had strangled him.

According to the Sankei Shimbun, the 39-year-old caretaker Akiko Wakita lives in the Ground Self-Defense Force dormitory with her husband and two young children. However, she called at 3:50 pm on the 7th to report the crime, saying that she had killed the child. .

After receiving the news, the Okinawa Prefecture’s Miyakojima Police Station hurriedly sent personnel to investigate. They were surprised to see that the two boys were not breathing in the dormitory. Since there was no sign of external force intrusion, it was concluded that the mother did not want to take her sons on the road, but Wakita In the end, Xizi didn’t hit herself cruelly.

The Miyakojima Police Station has arrested Akiko Wakita and will continue to clarify the exact motive of the crime. As for where the husband served in the Land Self-Defense Force, the police did not mention.

☆Free Newsletter cares about you: If you suspect that a child has suffered physical abuse, mental abuse, or sexual assault, or sexual harassment, please dial 113 hotline. Through professional social worker connection service, you will be able to rescue children in life crisis as soon as possible. ☆

Free Newsletter cares about you: suicide can’t solve the problem. It is not the weak to call for help bravely. There is warmth in the society, and you can surely get through the difficulties.
Safe Line: 1925
The Lifeline Association Talking Line: 1995.
Teacher Zhang’s special line: 1980