14:04 U.S. raises Myanmar travel warning and urges citizens to “do not go” 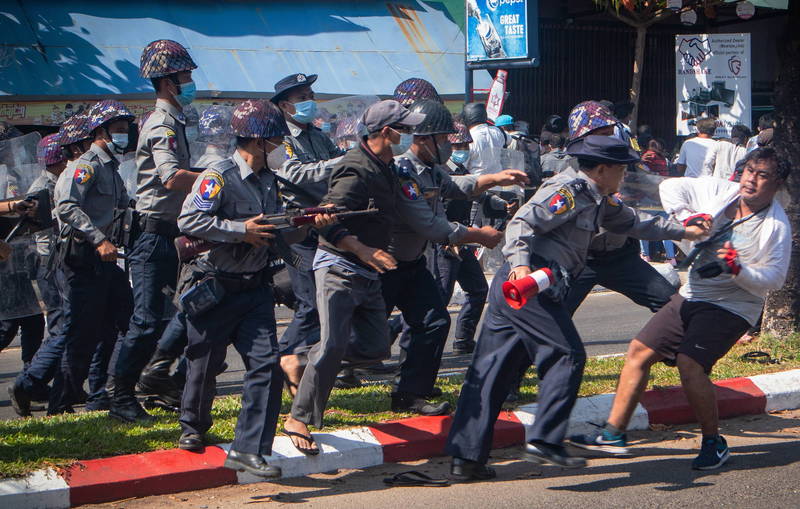 Anti-military coup demonstrations and conflicts continue in Myanmar. The Bureau of Consular Affairs of the US State Department upgraded the travel warning to Level 4 on the evening of the 12th, urging people to “do not go.” (European News Agency)

[Real-time news/comprehensive report]After the coup erupted in Myanmar, people continued to take to the streets to demonstrate and protest. The military and police used force to suppress the conflict. The Bureau of Consular Affairs of the United States State Department issued a warning about travel in Myanmar on the evening of the 12th local time. Promote to the highest level 4, advise people to “do not travel.”

According to comprehensive foreign media reports, the Bureau of Consular Affairs of the US State Department announced on its webpage that the Myanmar military detained elected government officials, triggering protests against the rule of the military government, which is expected to continue. The website also mentions that in addition to the nationwide demonstrations in Myanmar, many areas in Myanmar are facing increased threats of internal unrest or armed conflict.

The statement also mentioned that the US Centers for Disease Control and Prevention (CDC) has raised the threat level of the Wuhan pneumonia (new coronavirus disease, COVID-19) epidemic in Myanmar.

Burma reported a military coup on the 1st, arresting leaders Aung San Suu Kyi (Aung San Suu Kyi), President Win Myint (Win Myint) and many other senior leaders of the ruling party. After the incident broke out, the United States has repeatedly publicly condemned the Myanmar military and demanded the release of several politicians who had been illegally arrested. US President Biden also announced on the 10th that he would approve an executive order that would impose new sanctions on those involved in a military coup. 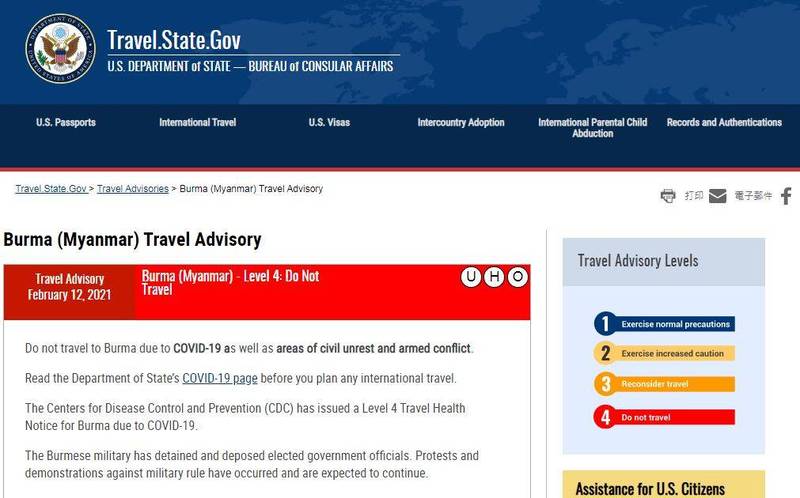