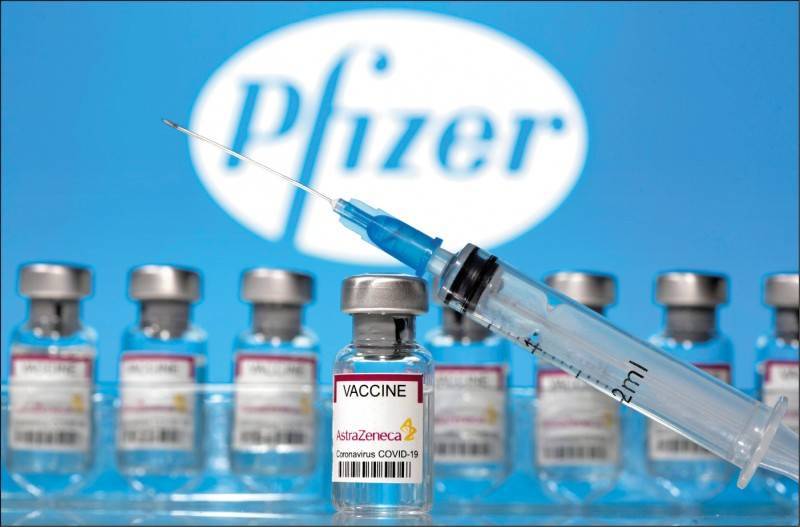 Japanese Minister of Administrative Reform, Taro Kono, said today that Prime Minister Yoshihide Suga, who is leading a delegation to visit the United States, has reached a substantial agreement with Pfizer Pharmaceuticals to increase the purchase of vaccine doses. (Reuters)

[Central News Agency]Japan’s Minister of Administrative Reform, Taro Kono, said today that Prime Minister Yoshihide Suga, who is leading a delegation to visit the United States, has reached a substantial agreement with Pfizer Pharmaceuticals to increase the purchase of vaccine doses. It is expected to be available to all Japanese people in September this year. The number of doses administered.

Japan does not have a domestic vaccine. The vaccines purchased are jointly developed by Pfizer in the United States and BioNTech, a German biotech company.

Japan’s Yomiuri Shimbun reported that there are approximately 110 million people over the age of 16 who can be vaccinated in Japan. The Japanese government previously signed a contract with Pfizer to purchase 72 million vaccines by the end of this year (two doses per person, 144 million doses in total) Contract.

The Japan Broadcasting Association (NHK) reported that Yoshihide Suga, who lives in the United States, had a meeting with Pfizer CEO Albert Bourla over the phone to ensure that he could get the dose available to all Japanese people by the end of September. He hoped that Pfizer Can increase the provision of vaccines.

Kono, who is in charge of vaccination work in Japan, stated on a TV program this morning that Yoshihide Suga has reached a substantive agreement with Borla.

Kono said that before the end of September this year, all Japanese people will be vaccinated, covering people over 16 years of age.

As for the vaccination of children under the age of 15, Kono said that in order to vaccinate children between 12 and 15 years old in the United States, pharmaceutical companies must apply for approval. “I think (Pfizer) will also apply in Japan sooner or later.” Experts will be appointed for discussion, including the vaccination schedule, and the government will also implement relevant systems.

However, Kyodo News recently reported that according to a survey conducted by the University of Oxford in the UK, Japan’s vaccination rate for at least one dose of COVID-19 vaccine is only 0.87%, which is far behind advanced countries. Rate of 0.65%.

Nishiura Hiroshi, a professor at Kyoto University who is also a member of the Japanese Government’s Ministry of Health, Labour and Welfare’s infectious disease countermeasures advisory group, said recently that even if vaccines are in stock, there are still concerns about the shortage of medical staff responsible for vaccinations. “Frankly, it will be completed by the end of August. Vaccination of the elderly may have difficulties.”