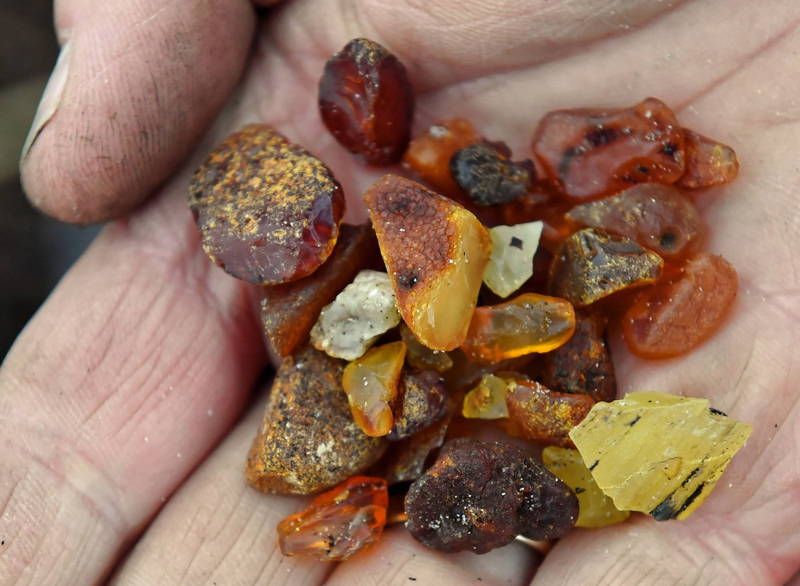 The Baltic Sea region is the largest known amber deposit, and the amber produced there is named “Baltic Amber”. (European News Agency)

[Real-time news/comprehensive report]The Baltic Sea region is the largest known amber deposit. The amber produced there is named “Baltic Amber”. It was often made into various accessories and is widely praised for its excellent quality. Scientists have recently discovered that compounds extracted from Baltic amber have multiple therapeutic effects on the human body, and may develop ingredients that help humans defend against multi-drug resistant super bacteria.

According to SCINEWS, in a research report released today at the 2021 spring meeting of the American Chemical Society (ACS), researchers at the University of Minnesota Twin Cities in the United States released the above findings. Several compounds extracted and identified from Baltic amber are indeed correct. Drug-resistant Gram-positive bacteria are active.

The lead author of the study, Dr. Elizabeth Ambrose, a researcher at the University of Minnesota Twin Cities, said that past studies have shown that some components in Baltic amber may indeed have antibiotic effects, but this study successfully extracted and identified several species. The compound will be beneficial to follow-up research.

Baltic amber has been around for a long time. It is believed to have the properties of enhancing immunity, promoting wound healing, relieving pain, anti-inflammation, anti-infection, anti-fungal and anti-cancer properties. It has been used for medical purposes for centuries, but it has not been biologically active in academia in the past. Part of the research and verification of the treatment effect.