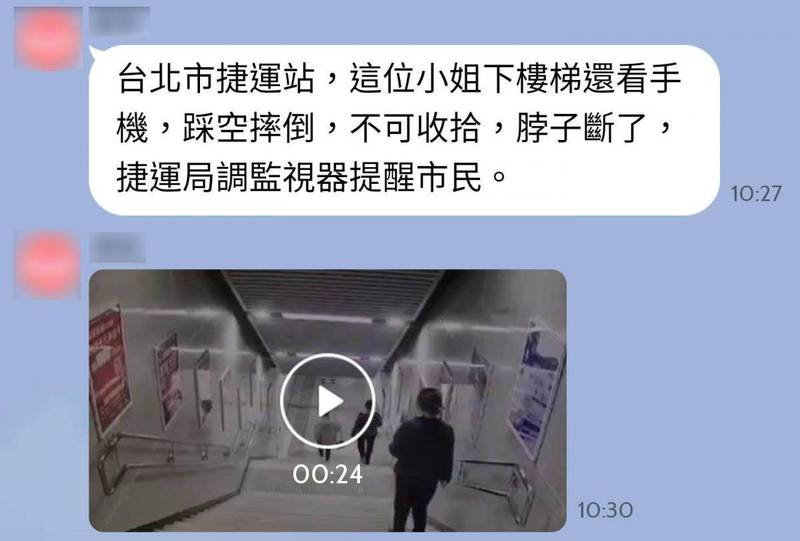 The rumor on the Internet was in the wrong place. The incident occurred in Anhui, China, not at the Beishi MRT station. (The picture is taken from the website of the Check Center)

[Instant News/Comprehensive Report]Fake news is flying all over the sky, people should be careful! Recently, an online video claimed that “a woman at the Taipei MRT station went down the stairs to look at her mobile phone, stepped on the air and fell and broke her neck.” It was verified as a “partially wrong” message.

Recently, a video circulated on communication software and social platforms, accompanied by a text message, declared, “This lady was looking at her mobile phone while walking down the stairs at the Taipei MRT station. She stepped on the air and fell down. She broke her neck. The monitor reminds the public”, “Don’t look at your mobile phone when going down the stairs, look at the Taipei MRT case.”

In this regard, the “Taiwan Fact-Checking Center” issued a verification report stating that after using the image search function, a video version with better picture quality was found. You can see that the ad next to it is written in simplified Chinese characters. After searching with the video screenshot again, many Chinese were found. According to media reports, it is known that the incident occurred in October last year at the library station of Hefei Metro Line 3 in Anhui Province. When the woman in question walked down the stairs, she checked her mobile phone and accidentally stepped on the air and rolled down the stairs. Therefore, the online video is a real event, but the location is not the Taipei MRT station, but the Hefei subway in Anhui, China. It is a “partial error” message. 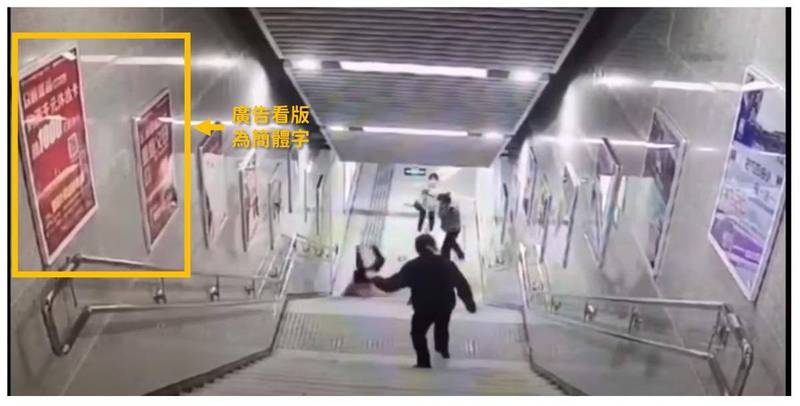 The advertisements in the online videos are in simplified Chinese characters. (The picture is taken from the website of the Check Center)