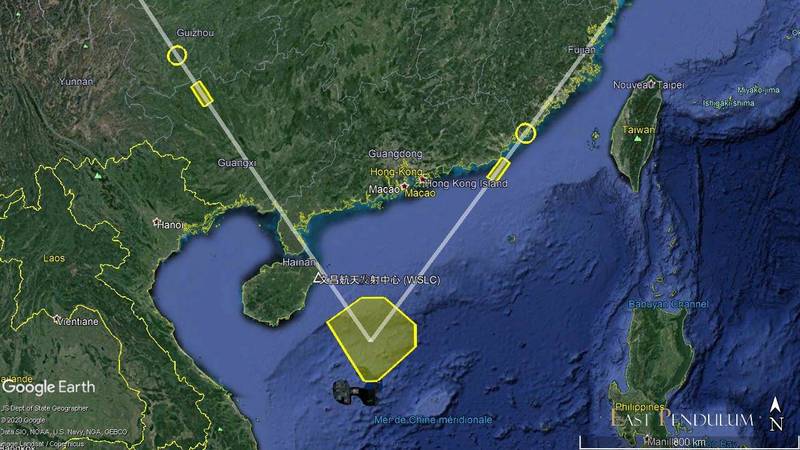 The Chinese People’s Liberation Army launched Dongfeng-21D and Dongfeng-26B medium-range ballistic missiles into the South China Sea from Zhejiang Province and the inland Qinghai Province on the 26th. (The picture is taken from Henri Kenhmann’s Twitter)

[Real-time news/comprehensive report]China has recently held frequent military exercises. On the 25th, it was reported that a U.S. Army U-2 reconnaissance plane broke into the exercise restricted area for high-altitude reconnaissance, which aroused dissatisfaction with Beijing. The PLA moved from Zhejiang Province and inland Qinghai Province on the 26th. The Dongfeng-21D and Dongfeng-26B medium-range ballistic missiles were launched into the South China Sea. Since China claims that these two missiles have anti-ship capabilities, it is suspected that they are warning US aircraft carriers not to intervene in the South China Sea. However, the U.S. ship “Reagan” is on holiday in Guam. Whether the PLA deliberately chooses this opportunity is interesting.

In this regard, Taiwan military expert Lu Shili analyzed on Facebook that the PLA’s test fire was to fire again in the South China Sea since the beginning of July last year. In the past, only the Dongfeng-21D and Dongfeng-26 ballistic missiles were known to have the ability to attack ships. The test firing of Dongfeng-15 proves that China has extended ballistic missile attack technology to below 1,000 kilometers. It also represents that the current regional air defense capabilities of the Keelung-class destroyers and Chenggong-class frigates of my country’s navy are insufficient and must be purchased from the US as soon as possible. Aegis-class destroyer.

According to the South China Morning Post, the People’s Liberation Army launched two missiles in the South China Sea on the morning of the 26th. Among them, the Dongfeng-26B missile was launched from Qinghai Province and the Dongfeng-21D missile was launched from Zhejiang Province. Sources said that the two missiles were both The purpose of launching into the waters between Hainan Province and the Paracel Islands is to demonstrate China’s ability to prevent other countries’ military intervention in the South China Sea. Hong Kong military commentator Song Zhongping said that the United States continues to test Beijing’s bottom line on the Taiwan and South China Sea issues, forcing China to show its military power and issuing warning signals to the United States.

Chinese propaganda described the Dongfeng-21D with a range of 1,800 kilometers as the “carrier killer” and the Dongfeng-26 with a range of 4,000 kilometers as the “Guam Express”. They are the weapons most feared by U.S. ships. Therefore, they are shooting in the South China Sea where the two countries may conflict. , Targeting means strong. However, the USS Reagan, the 7th Fleet of the US Navy, is resupplying on Guam, and the officers and soldiers are on vacation. The amphibious assault ship USS is near the Philippine Sea. Has the PLA’s test firing seized the opportunity to “spread the wild” in the South China Sea when the US military is absent? Perhaps only the Communists themselves know. 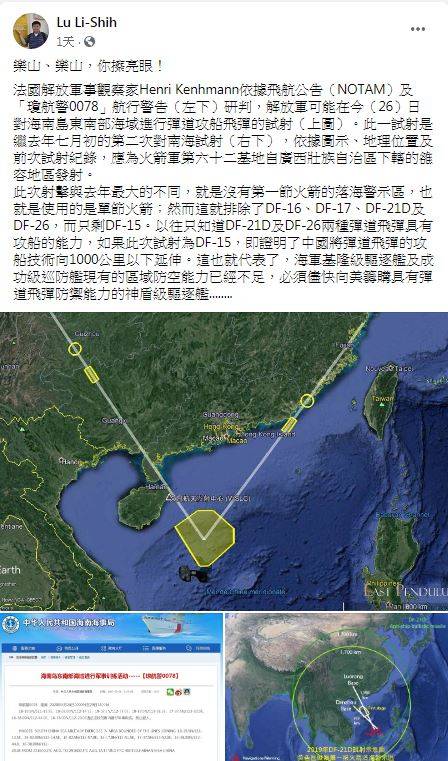 Taiwanese military expert Lu Shili analyzed that the Dongfeng-21D and Dongfeng-26 ballistic missiles have the ability to attack ships. If the Dongfeng-15 is tested this time, it will pose a major threat to my country’s warship air defense. (The picture is taken from Lu Shili Facebook) 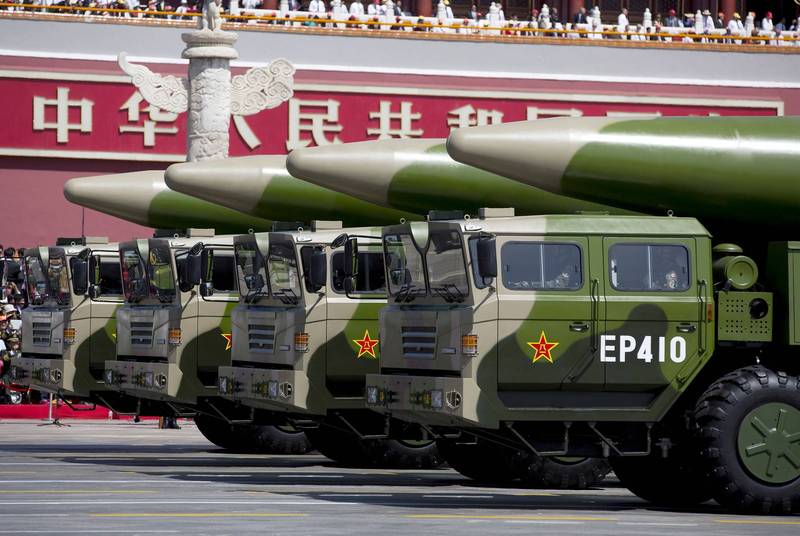 The Dongfeng-26 medium-range ballistic missile displayed by the PLA at the military parade. (Reuters)