11:29 The villagers were afraid of contracting the Pneumococcal virus and refused to help their son ride a motorcycle to transport the dead body 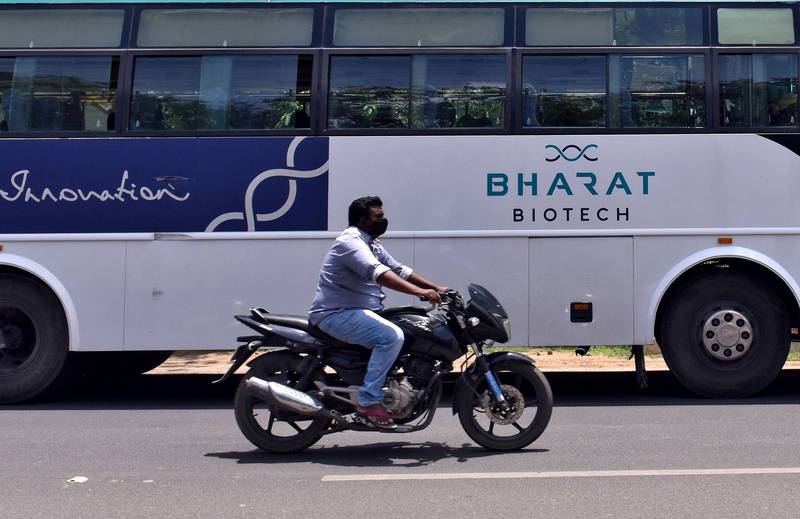 Udhab’s son and concubine rode a motorcycle to transport the corpse to crematoriums in other villages. The picture has nothing to do with news events, a schematic diagram. (Reuters)

[Real-time news/comprehensive report]The epidemic of Wuhan pneumonia (new coronavirus disease, COVID-19) in India has continued to expand. Recently, a man in Odisha contracted the pulmonary pulmonary virus and died. The corpse was left at home. The local villagers were afraid of the pulmonary pulmonary virus and were unwilling to help carry the corpse. The man’s son had to wear protective equipment and ride the motorcycle with his father Go to the crematorium.

According to “India Today”, Uddhab Behera was infected with the Wuhan pneumonia virus last week and was subsequently isolated at home, but died due to his illness. Therefore, Uddhab’s son sought help from the villagers. He wanted to send his father’s body to the crematorium, but the villagers refused to help because of fear of the Wuhan lung virus.

It is known that Udhab’s son and concubine had no choice but to wear protective equipment and transport them on a motorcycle. The two sat one after the other on the seat cushions of the motorcycle, “pinching” with difficulty. The corpse, went to a crematorium a few kilometers away, to incinerate his father’s body. 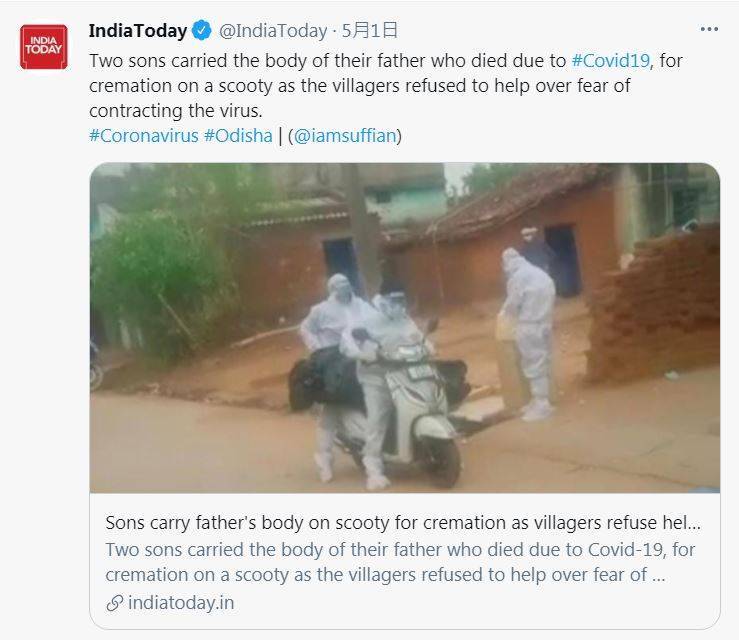 Udhhab’s son and concubine were all wearing protective equipment to transport the corpses. (The picture is taken from “@IndiaToday” Twitter)