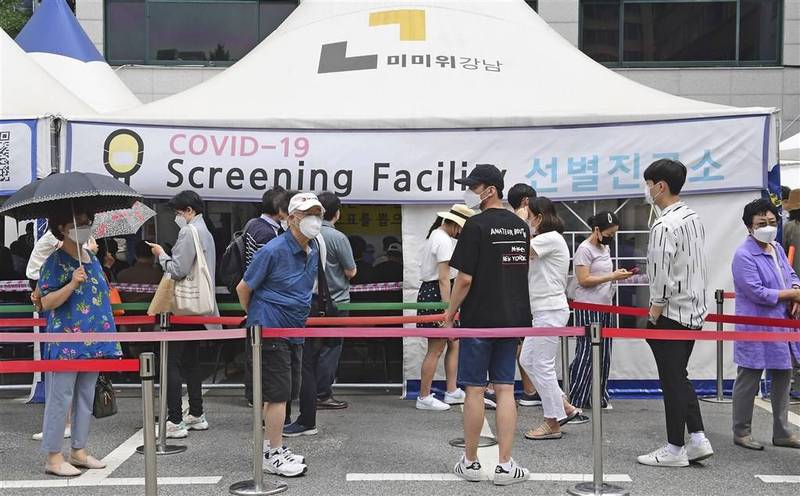 The Department of Disease Management of Korea stated that as of 0:00 on the 11th, there were 1,324 newly diagnosed cases of COVID-19 in the country in a single day. The picture shows people in Seoul waiting in line for COVID-19 nucleic acid testing on the 9th. (Central News Agency)

[Central News Agency]The Korean Agency for Disease Control said today that as of 0:00 on the 11th, 1,324 new cases of COVID-19 have been confirmed in the country, which is lower than the previous day’s record of 1,378 cases. South Korea is striving to control the surge in confirmed cases.

In the recent surge in cases, the number of severely ill patients is much lower than in previous waves, because many elderly and high-risk residents have been vaccinated.

According to data from the Korean Agency for Disease Control, about 11% of the population of South Korea’s 52 million people have been vaccinated, including two doses of the two-dose vaccine; about 30% have received one dose. Most of the surge in cases are young people who have not yet been vaccinated.

The surge in confirmed cases prompted the authorities to impose the strictest social distancing regulations to date on Seoul and surrounding areas for the first time, which will take effect tomorrow.