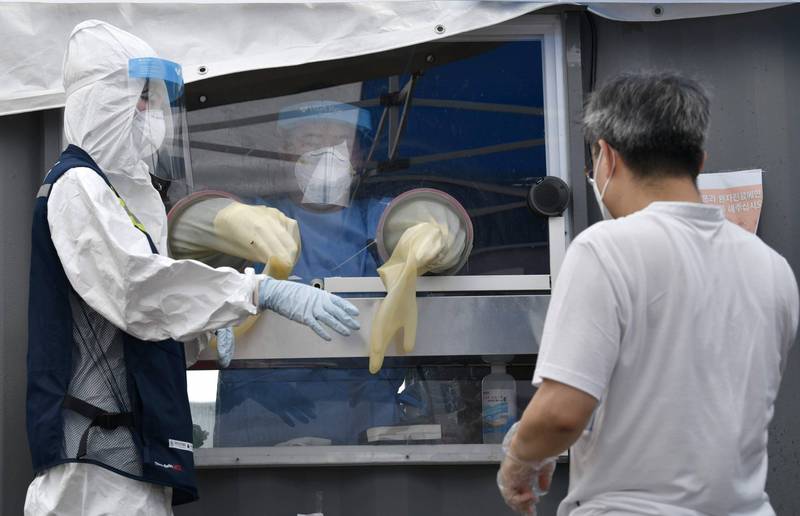 According to the Yonhap News Agency, the epidemic that began with churches in the metropolitan area and Gwanghwamun rallies continued to ferment. It has hovered between 100-300 cases for two consecutive weeks starting on the 14th of this month. Yesterday’s newly diagnosed cases exceeded 400 in one fell swoop, reaching 441 cases. It hit a new high in the past six months since March 7, and one new person died at the same time. A total of 18,706 cases have been confirmed in South Korea and 313 have died.

Yesterday’s 441 new cases of community infection were 434, including 313 in the metropolitan area and 121 in the non-capital area, indicating the spread of the epidemic to the non-capital area. The “Love First” church in northern Seoul, where the epidemic first broke out, was diagnosed The number has reached 933, spreading to 23 facilities such as hospitals and kindergartens at the same time, and another Gwanghwamun assembly-related case has also increased to 219.

In the case of the resurgence of the epidemic, there has been an outbreak in South Korea. Due to dissatisfaction with the medical policies of the South Korean government such as the expansion of medical schools, the South Korean medical community launched a nationwide strike yesterday, and interns started an indefinite strike as early as the 21st. The South Korean government strictly ordered doctors in the metropolitan area to return to work immediately for follow-up consultations, otherwise they would be sentenced to fixed-term imprisonment of less than 3 years or a fine of 30 million won (about NT$740,000), fearing that their medical qualifications would be temporarily suspended.

However, the Korean Interns Association refused to implement the government order, stressing that all interns will only participate in the screening and treatment of Wuhan pneumonia in the form of voluntary services.