10:14 For the first time in South Korea, more than 1,300 newly diagnosed cases in 3 consecutive days are mostly unvaccinated young people 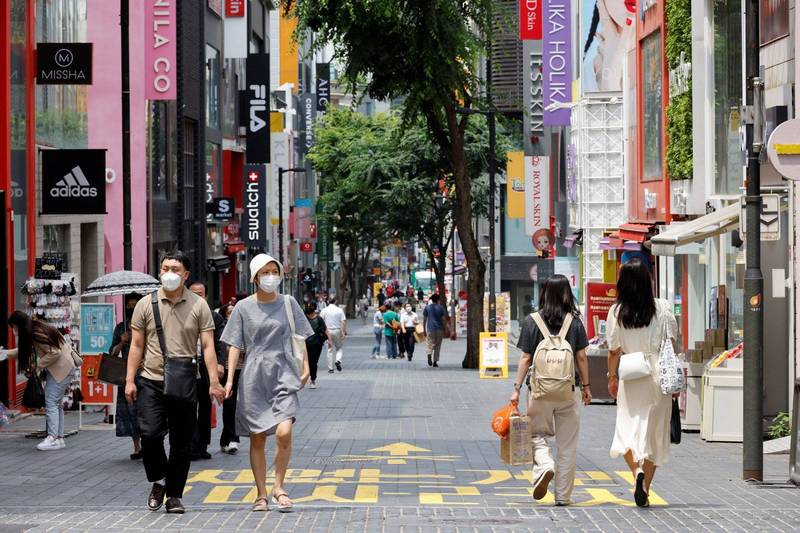 [Real-time news/comprehensive report]South Korea recently broke out the fourth wave of Wuhan pneumonia (new coronavirus disease, COVID-19). The South Korean Disease Management Agency (KDCA) reported today that there were 1,324 new confirmed cases and 5 deaths yesterday. The number of newly diagnosed cases exceeded 1,300 for 3 consecutive days. This is also the first time that South Korea has newly confirmed more than 1,300 cases for 3 consecutive days since the outbreak.

According to a report by South Korea’s “Yonhap News Agency”, the South Korean Disease Management Agency pointed out that as of 0:00 today, South Korea had newly confirmed 1,324 cases on Saturday, of which 1,280 were local cases and 44 were imported cases.

South Korea’s Agency for Disease Control has analyzed that 80% of the new cases are from Seoul and surrounding areas, mostly young people aged 20 to 30. As this age group has not yet opened vaccination, this situation has also caused the epidemic to spread. At present, about 15.58 million people in South Korea have received the first dose of the vaccine, accounting for 30.4% of the South Korean population, and 5.87 million people have been vaccinated, accounting for 11.4% of the total population.

In order to curb the epidemic, South Korea has upgraded the epidemic prevention measures in Seoul, Gyeonggi-do, and Incheon to the most stringent level 4 regulations since week. It is forbidden to gather more than three people after 6 pm. Weddings and funerals can only be attended by family members, including nightclubs, Bars and other entertainment venues will be forced to close, and restaurants will be open until 10 o’clock at the latest.

The South Korean Agency for Disease Control pointed out that the worst situation has not yet come. The most serious situation is that the number of daily confirmed cases at the end of July exceeded 2,100. If the people strictly adhere to the epidemic prevention regulations and speed up vaccination operations, then the daily number of confirmed cases in September It may drop to between 415 and 260 cases.