COVID-19 on the one hand causes “bottlenecks” in the supply chain, on the other hand explodes the unprecedented demand for many products. Here are the 10 biggest hardware firms on the planet, both facing the challenge and trying to capitalize on the opportunities created by the pandemic.

6 largest electronics groups on the planet.

For the first time in a decade, the computer business grew two digits. It is forecasted that in 2021, the entire market for computer hardware will reach 944 billion USD, items including motherboards, RAM, hard drives, graphics cards, keyboards, mice, webcams, printers, … . are selling better than before. The need to work and distance learning is being boosted more strongly than ever.

The pandemic has fueled an explosion in demand for remote work, learning and entertainment hardware (photo: Yahoo).

Along with that, game consoles also quickly fell into a state of out-of-stock. Nintendo Switch was hunted everywhere when new outbreaks broke out in Western countries. The two companies Sony and Microsoft can not supply enough new consoles, warning the shortage will continue until the end of 2021. Boards or semiconductor chips are also feverish goods because of increased demand.

It is in such circumstances that the hardware businesses in the technology industry are even more challenged. Let’s take a look at the 10 biggest names in the world, taking advantage of the opportunities created by the pandemic as well as dealing with the bottleneck of electronic components supply. The list is randomly sorted, financial data referenced from Fortune. 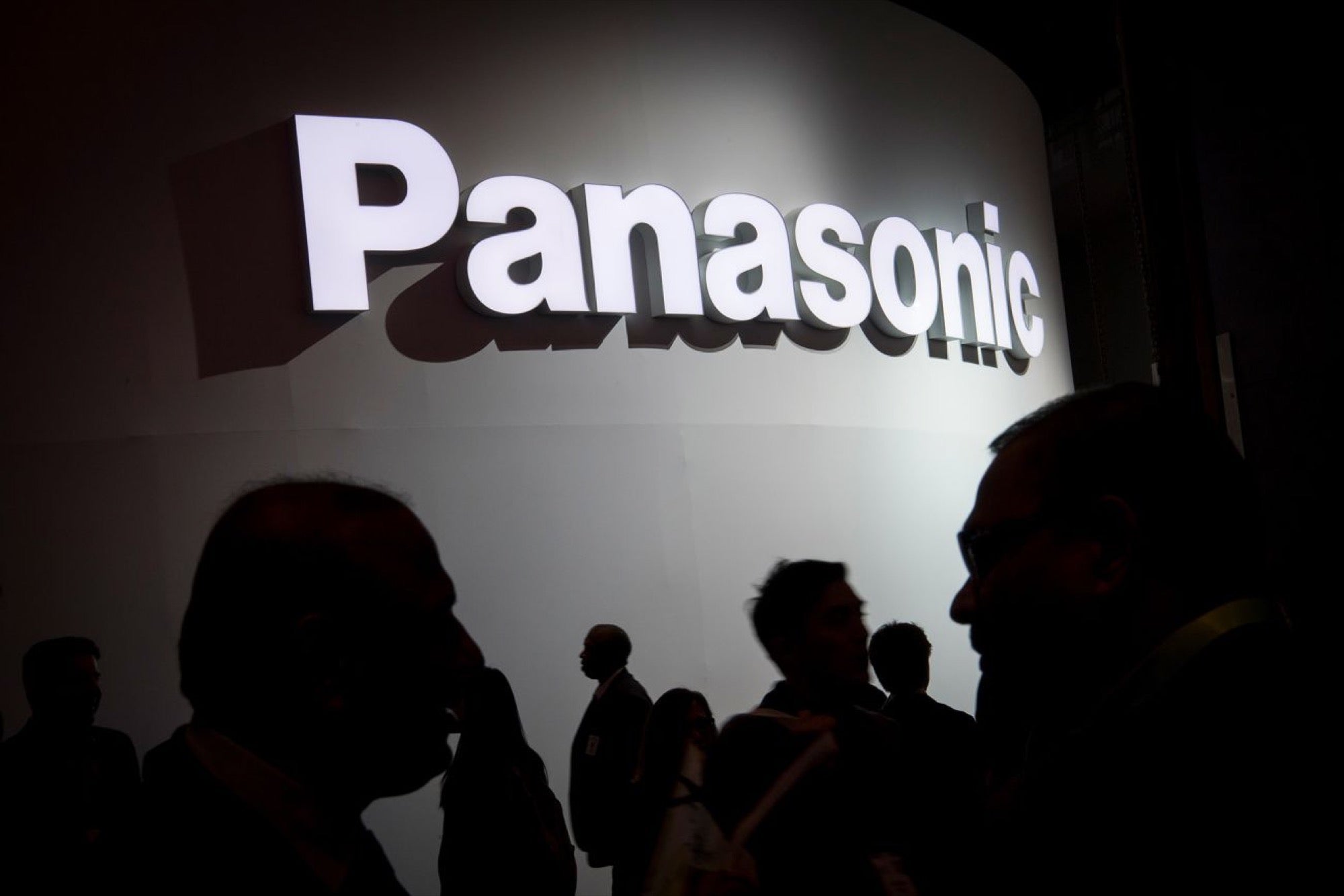 Panasonic is one of the largest hardware manufacturers in the world (photo courtesy of Entrepreneur).

With the age of more than a century, Panasonic is now one of the largest electronics groups in the world. Starting as a light bulb manufacturing facility, the Japanese company now has expanded into many other items. The product portfolio spans across products including TVs, refrigerators, dishwashers, washing machines, automotive navigation systems, electronic components, peripherals, industrial machinery, lighting equipment, electric lights, electric tools,…

There is no list of major tech firms that lacks the Intel name. The US company is the largest processor chip manufacturer on the planet, supplying millions of products every year. Currently, Intel is still the largest computer chip company in the world, present on laptops, desktops, servers, telecommunications equipment, … The company has a rich range of electronic components such as microprocessors, unique SoCs. create. 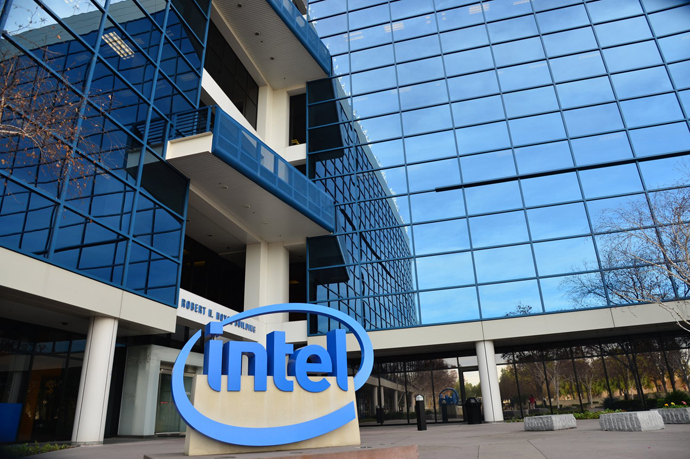 Intel is the largest maker of computer chips (photo: Intel).

A strange name for general users, but IBM is one of the leading technology firms in the world. A multinational corporation that provides hardware, software, cloud services, artificial intelligence solutions, mainframe computers, nanotechnology, … IBM is a stubborn name when it comes to R&D, holding the record is the US enterprise with the most patents for 28 consecutive years.

IBM is the US enterprise topping the list of the number of patents granted annually (photo: Shutterstock)

Dell is a familiar name to computer users in Vietnam, this is also one of the biggest hardware technology firms. Dell products include hardware, software, cloud management systems, security, end-user computing services. Besides laptops, which is very famous as one of the five biggest brands, it also produces desktops, workstations, monitors, printers, storage devices, … 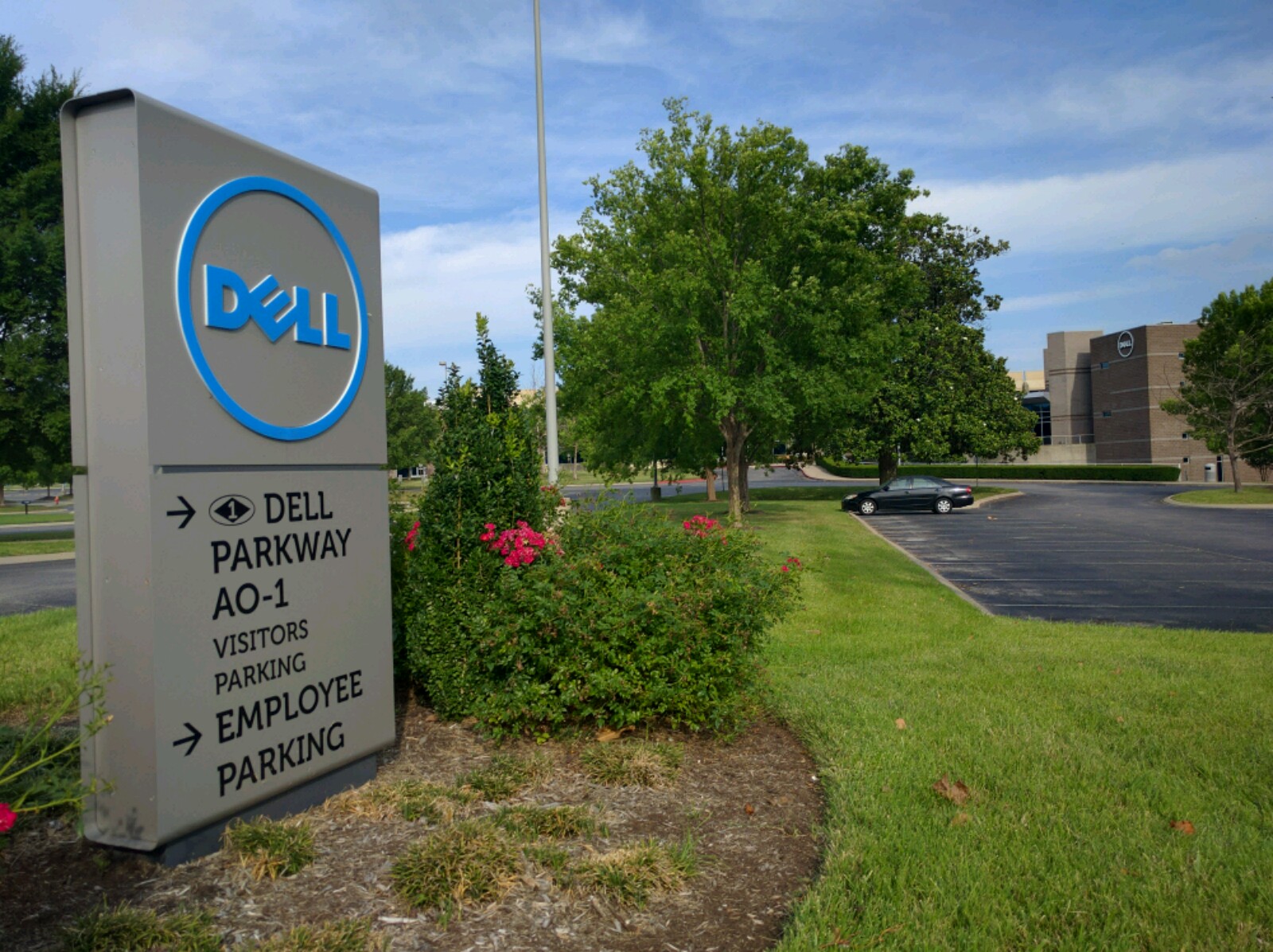 Dell is one of the largest computer makers in the world (photo: Megr)

The Japanese multinational corporation owns more than 1,500 global subsidiaries, not only engaged in electronics but also in both entertainment and finance. But on this list we will only talk about its hardware product. They develop and manufacture a wide range of devices such as electronic components, the most famous of which are CMOS image sensors, in addition to OLED and LCD microscopes, laser diodes, semiconductors, … 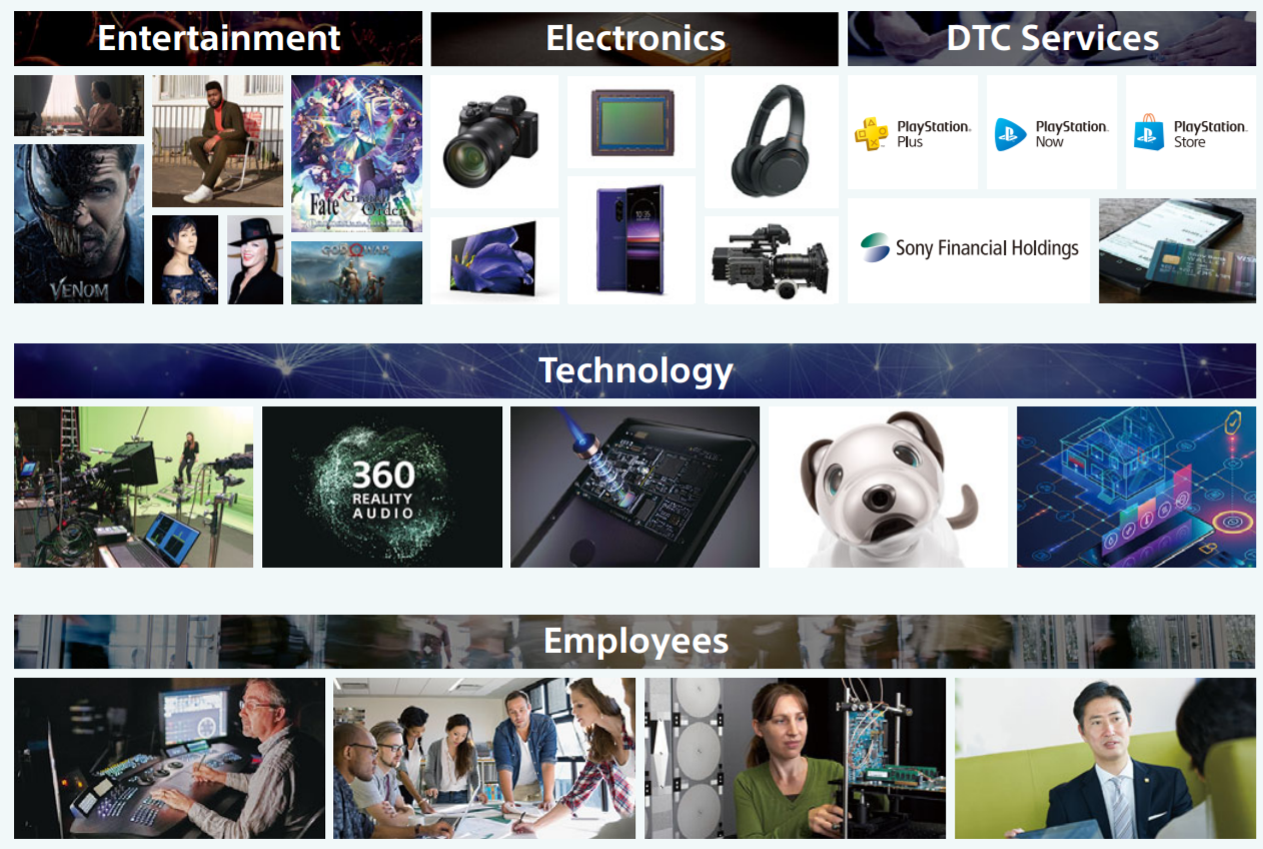 Sony is one of the largest electronics companies, with a very diverse range of hardware products (photo: Sony)

The company’s electronic devices include TVs, cameras, camcorders, video projectors, music players, headsets, telephones, sound systems, car infotainment systems, monitors. reference, robot, … Especially with PlayStation 5, although it is a console model made by the entertainment party, it is still a hardware product of Sony. This is also the most successful hardware of the company, helping to bring the market capitalization to 140 billion USD. 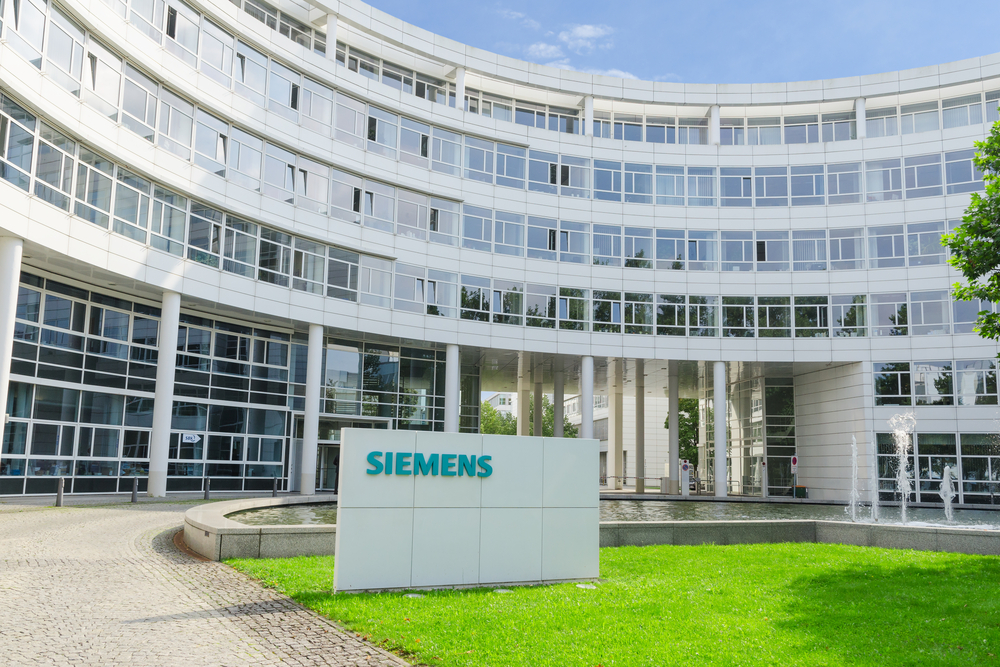 Siemens is one of the European companies on the list (photo: Shutterstock)

A name appearing on the list can surprise many people. Microsoft is known for its software and cloud services, but in recent years they have also brought impressive hardware products. It’s a line of interactive tablets and tablets under the Surface brand name, Xbox console, and Hololens augmented reality glasses. Recently, they introduced phones with two Surface Duo displays. 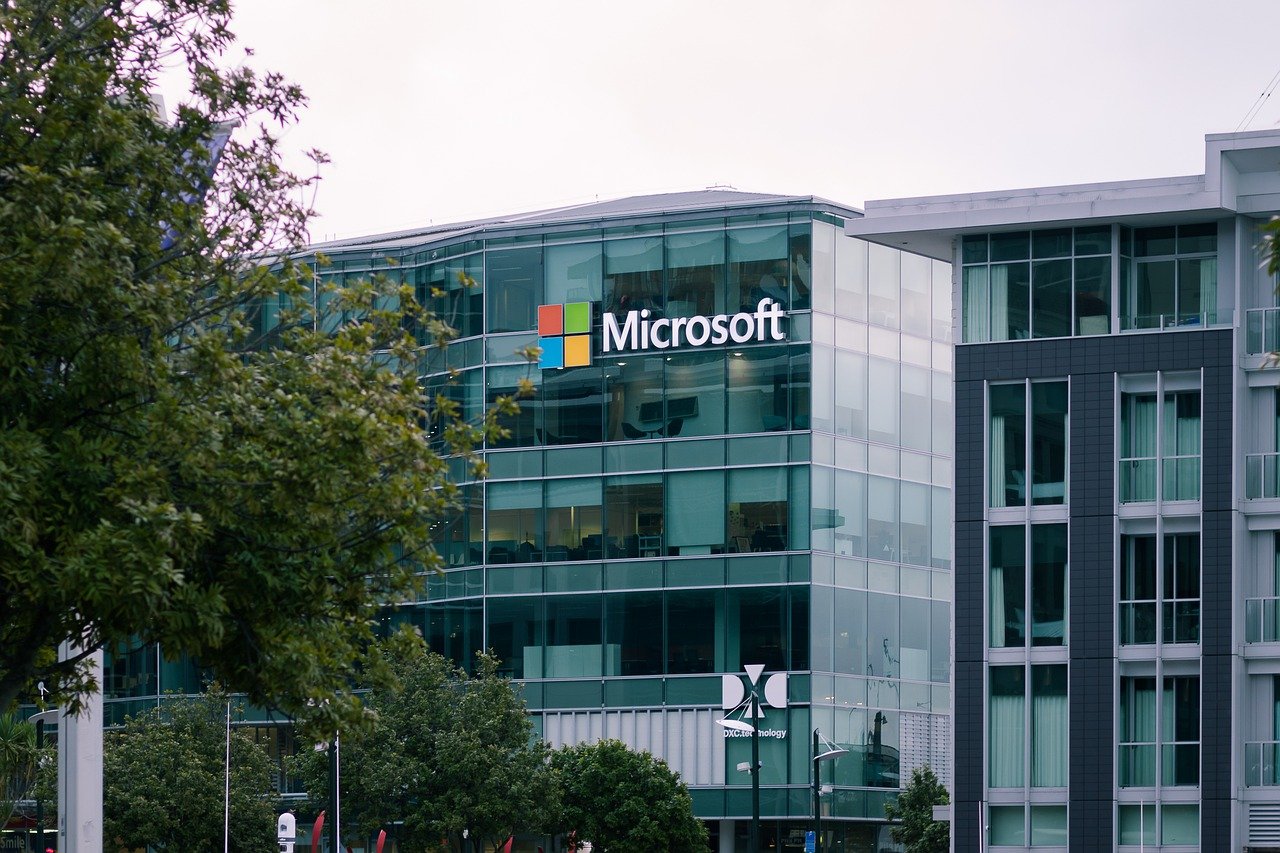 Hon Hai Precision Industry also known as Foxconn, one of the largest electronics companies in the world is also on the list today. The Taiwanese company is not very well known to the end users, but a lot of the products in your hands are made by them. Foxconn is the world’s largest contract outsourcing firm, possessing the largest workforce on the planet. Thanks to that, they can undertake production of iPhone, iPad, Kindle, PlayStation, Xbox, Switch, … of partners. 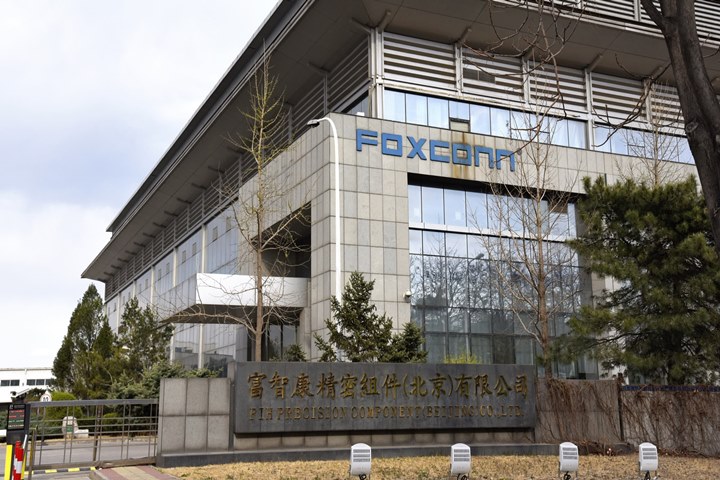 The Taiwanese company is one of the largest electronics firms, owning the largest workforce, and many firms’ contract processing partners (photo: Nikkei).

However, Foxconn also has its own product range, through its subsidiaries such as Sharp, FIH Mobile (that designs and manufactures Nokia phones), and Belkin. Not only that, Foxconn also invests in nanotechnology, heat transfer, monitors, wireless connectivity and materials science. Besides producing many other electronic accessories such as headphones, cables, circuit boards, computer chips, …

As the pride of Koreans, Samsung naturally appeared on the list of the biggest hardware manufacturers when it owned Samsung Electronics, one of the largest electronics companies in the world. The company’s product range is extremely massive, from electronic components such as monitors, memory chips, microchips, … to terminals. 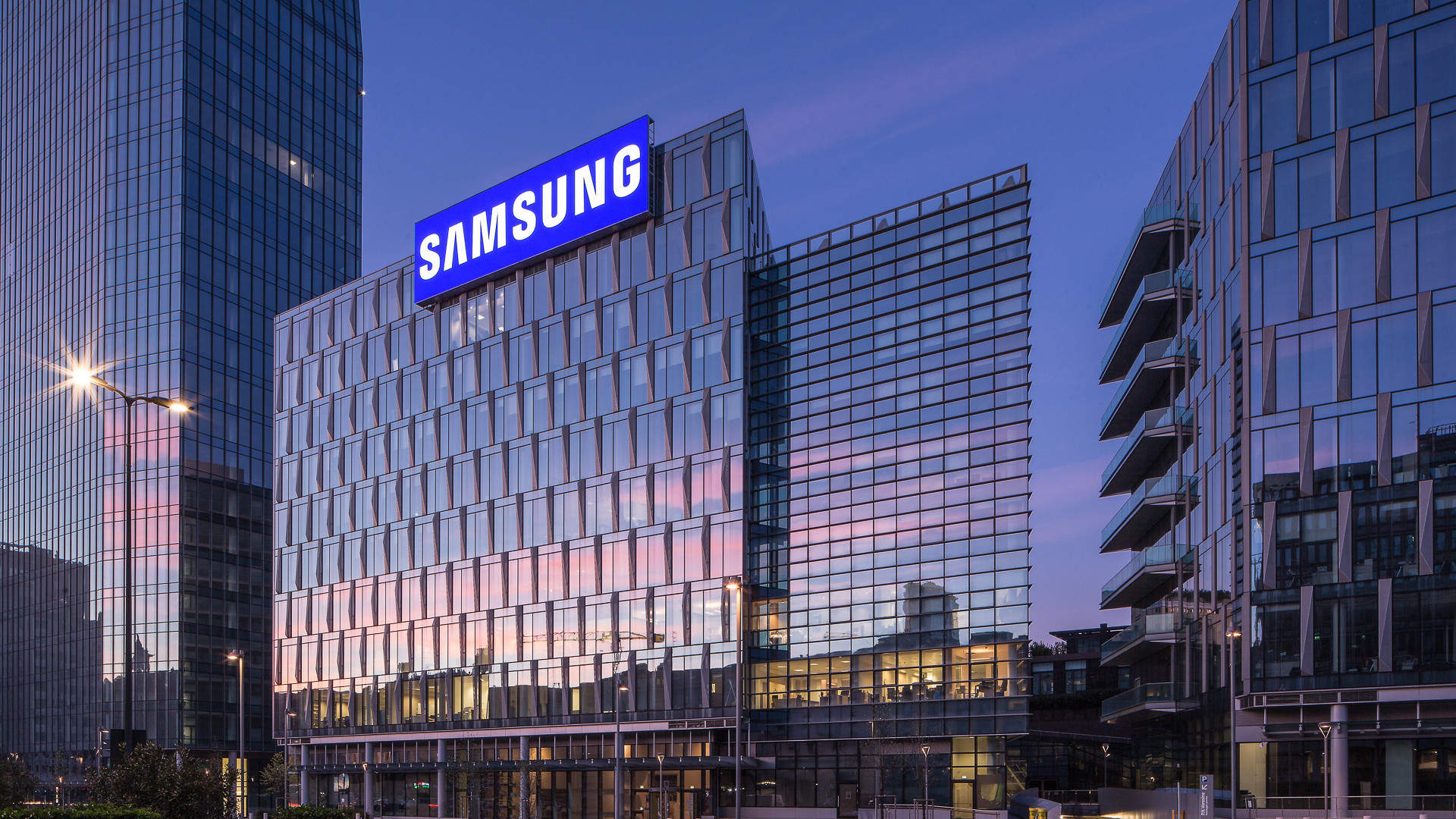 Finally, Apple, a brand extremely familiar to the Vietnamese people. American technology firm is currently the most valuable company on the planet with a market capitalization of more than 2.3 trillion USD. Their hardware range includes many successful products such as iPhone, iPad, MacBook, AirPods, Apple Watch, … Combined with the operating system and self-developed services, Apple has created a closed ecosystem. private.

Apple is known for an ecosystem of “tied up” users (photo: Malwarebytes Labs).