Everyone loves fun pranks and it’s time to hone your “prank” skills, not only to prove you’re interesting, but also to avoid being teased by others even though they are the best. harmless joke.

Yes, certainly we can use old pranks like death blue screensaver or something similar, but it’s time to use the “expert” skill to make the pranks. more interesting. The following article will introduce you to 10 interesting computer pranks.

1. Set the mouse pointer to always spin (to make their computer look like it hangs)

The way to do it is very simple and interesting, you just need to go to Control Panel -> Mouse -> Pointers and change the pointer from Normal to Busy. They will think that their computer crashes all the time, but it really is not.

2. Create a desktop shortcut that looks like a folder

To do this is also very simple, just create a shortchut of shutdown.exe on the desktop and then change the icon to a regular folder. So when your friend double-clicks on the folder to see what’s in it, they’ll see a system shutdown message. You can change the shutdown time a bit so that when opening this folder on your computer, it will not turn off immediately and have time to save what you are doing.

For the XP computer this joke is even more interesting.

Note: on Windows 7 and above you’ll also need to disable UAC or they’ll get a prompt.

3. Plug the wireless USB mouse, keyboard into the desktop computer

This is more effective for desktops because you can hide the wireless mouse or keyboard receiver behind their computer and then type a letter or move the mouse. Your friend will see the mouse naturally move and the characters appear without they even touching the keyboard. Truly like ghosts do. If you get it right, you can play with it for a long time without being detected. The great thing is that this works with most computers, even computers that are always locked.

If they have a laptop and a wireless mouse, you just need to replace the wireless mouse with one that looks exactly the same, as it won’t work with their computer. They will think that the mouse is out of battery and that you can move the mouse pointer around the screen with their mouse.

4. Move the desktop icons, take a screenshot and set it as wallpaper 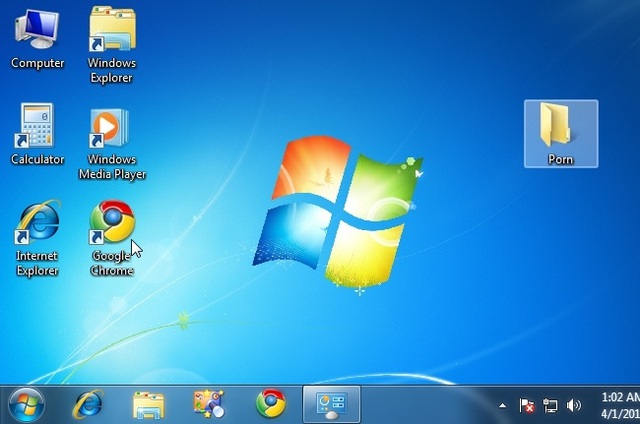 Maybe you’ve done this already, the joke is simple but extremely annoying. You can do one of the following three ways:

– Take a screenshot of the desktop with the icons and set it as wallpaper, then hide all the desktop icons.

Move the desktop icons around or create fake icons, take a screenshot and then set it as wallpaper. This way some icons work and some don’t.

– Take a screenshot of the desktop and hide the taskbar at the bottom of the screen before setting the wallpaper (this only works on XP), you can even flip it up before setting it as desktop .

5. Use SPACEBAR to write SPACE words

This is a smart prank, making someone’s computer type the word “SPACE” every time they press the SPACEBAR. They will be confused because they don’t know what’s going on. And the way to do it couldn’t be simpler.

Just create an AutoHotkey script, then copy and paste the following two lines of code – the first line of code is to hide the “tray” icon and the second line of code sets the hotkey to replace with text.

You should right-click on the script and compile it into the executable file before you put it on someone’s computer. Just paste it somewhere on their computer and boot.