The construction of the Chengdu subway exploded, and iron jets flew through the Regal private jet. (The picture is taken from the Internet)

[Real-time news/comprehensive report]A Gulfstream G550 aircraft parked at Chengdu Shuangliu International Airport was hit by a foreign object flying from the sky on April 25 last year. The force was so powerful that it penetrated the right wing and caused serious problems. The damage required up to 28.8 million U.S. dollars (about 864 million Taiwan dollars) to repair costs. After 10 months of investigation, it was finally determined that the murderer was the Chengdu Metro. At that time, during the construction of Chengdu Metro Line 19, the crane exploded and the debris was hit directly from the air. In the plane.

The Paper reported that the new Gulfstream G550 aircraft has a price of 45 million U.S. dollars (about 1.35 billion Taiwan dollars) and is often used as a private jet for the rich. However, this Gulfstream G550B-8275 aircraft is owned by Liu Canglong, chairman of the board of directors of the Sichuan Regal Hongda Group. , Was parked at Chengdu Shuangliu Airport, but was smashed through, causing serious damage. It is estimated that the repair cost will cost 28.8 million US dollars.

This weird Gulfstream aircraft was smashed through. It has been confirmed that the perpetrator was the Chengdu Metro, which was under construction outside the airport. At that time, the gantry crane’s main hoisting mechanism in the construction area broke down and the brake wheel broke and exploded. The brake wheel of the lifting mechanism was broken, and the broken pieces flew out, hit the right wing of the aircraft, and penetrated directly, causing damage from the upper, middle and lower wing, and there were injuries such as fuel return fracture, which required major repairs to recover. 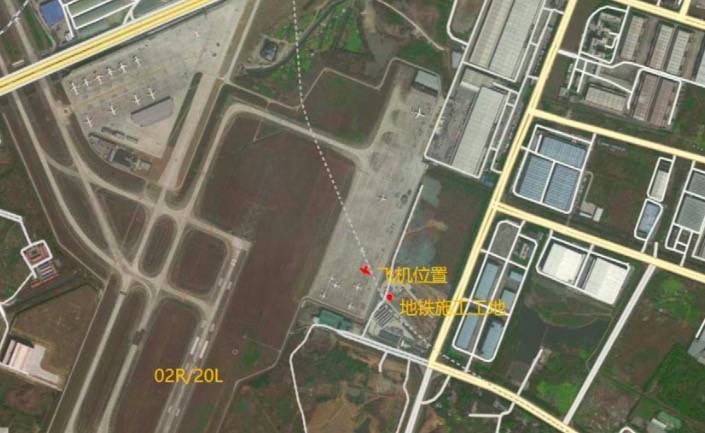 The construction of the Chengdu subway exploded, and iron jets flew through the Regal private jet. (The picture is taken from the Internet)