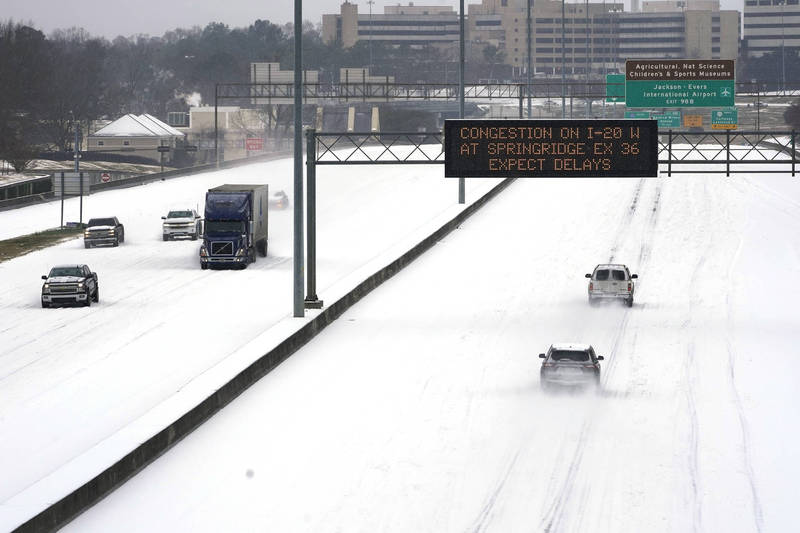 Texas is covered by heavy snow and ice, and it is expected that the cold current system will raging towards the northeast of the United States in the future. (Associated Press)

[Real-time news/comprehensive report]The United States has recently ushered in a strong cold snap, and Texas has become the biggest victim of this blizzard. As of Wednesday noon local time, more than 3 million households still have power outages. However, the cold current system currently raging in Texas and the central region will Arriving in the northeastern United States on Thursday may cause more power outages in the future.

According to comprehensive U.S. media reports, Bob Oravec, a meteorologist at the US National Weather Service’s Weather Forecast Center, mentioned the extreme weather conditions in Texas, saying: “The suffering people are suffering cannot be underestimated. “At present, the areas from Texas to New England in the northeastern United States are in the alert range, affecting more than 100 million people. The snowstorms raging in Texas, Louisiana, and Arkansas will gradually move to New England in the future.

The National Weather Service pointed out that the central and southern regions of the United States to the central Appalachian Mountains may continue to snow on Wednesday, and parts of Texas, Louisiana, Arkansas, Mississippi, North Carolina and Virginia will There are conditions of freezing rain and ice accumulation. It is expected that there will be light to moderate snowfall from the central Atlantic coast to southern New England during the daytime on Thursday, and from Friday to Friday, the snowfall will continue to spread north, continuing to affect New York and most of central New England.

Due to large-scale power outages caused by snowstorms, many Americans cannot use heaters and other facilities, so they have to use fireplaces, cars or other means to keep warm. Up to now, at least 30 people in the United States have died in this extreme weather, except for traffic accidents. In addition, deaths caused by carbon monoxide poisoning for heating also occur frequently.