06:22 Xi Jinping wants to be Mao Zedong!Former Australian Prime Minister Kevin Rudd exposes the reasons why the US will protect Taiwan 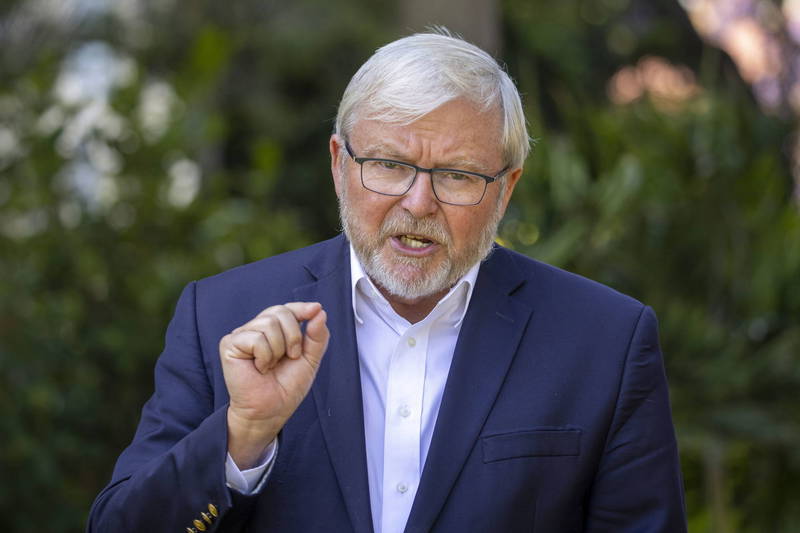 Former Australian Prime Minister Kevin Rudd (pictured) believes that Beijing is too confident and neglects the determination of the United States to defend Taiwan. (Photo from Euronews Agency)

[Real-time news/comprehensive report]Former Australian Prime Minister Kevin Rudd said that Chinese leader Xi Jinping will gain “Mao Zedong-level” status in the CCP through the capture of Taiwan, and plans to allow the People’s Liberation Army to defeat it in the next 10 years The U.S. military went on to achieve this goal, but Beijing was too confident that the U.S. would not fight a war with no chance of victory. However, if the U.S. side does not protect Taiwan, it will be a disaster for the United States.

According to a report in NewsWeek, Rudd warned in the forthcoming American think tank journal Foreign Affairs that he believes that the next decade will be the decade of living dangerously (the decade of living dangerously) Taiwan will become the next point of conflict between the United States and China. The main reason is that Xi Jinping and the top CCP believe that American power has undergone an “irreversible decline.”

Kevin Rudd believes that the U.S. Department of Defense report has clarified China’s military ambitions in the coming decades, including building the People’s Liberation Army into a “world-class” combat capability that can compete with the U.S. Army, and stated that it is expected to achieve this goal in 2027, and China’s senior officials, including Xi Jinping, have already understood that “peaceful reunification with Taiwan is impossible”, and that the “one country, two systems” promise cannot be realized after the introduction of the Hong Kong National Security Law.

According to Rudd’s analysis, Xi Jinping tried to win the same position as Mao Zedong by seizing Taiwan, but Beijing was too confident in attacking Taiwan. Taiwan’s defense capabilities had been greatly enhanced during Trump’s administration, and China had also neglected the US’s determination to defend Taiwan. Beijing It is believed that the United States will not fight a war with no chance of victory, but on the contrary, if the United States does not act for decades of democratic allies, it will be a catastrophe for the United States.

Kevin Rudd pointed out that, especially for Asian allies, the US abandoning Taiwan will invalidate all past security commitments, but he also believes that if there are no military conflicts in the Taiwan Strait before 2030, that is the key to success.