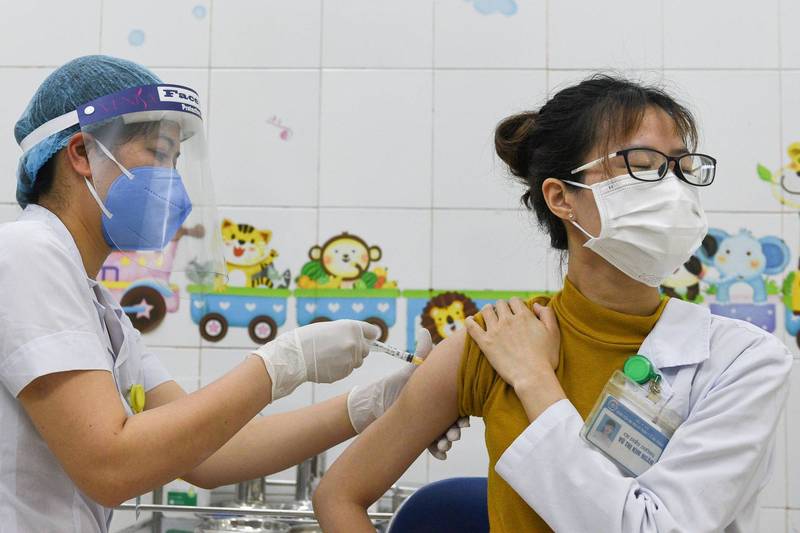 [Real-time news/comprehensive report]Vietnam was once a model student in the prevention of Wuhan pneumonia (new coronavirus disease, COVID-19), but recently the epidemic has shown signs of warming up. In order to increase the supply of vaccines, the Vietnamese government has adopted a policy of simultaneously purchasing foreign vaccines and developing domestic vaccines, and appealed to the public to donate money to assist in the purchase of vaccines. The Central News Agency interviewed residents of Hanoi, the capital, and found that most of the people support domestic vaccines, but have reservations about Chinese vaccines.

The population of Vietnam is about 98 million, but the vaccination rate so far is only about 1%. The Vietnamese government has approved 4 foreign vaccines including AstraZeneca (AZ), Russian Sputnik V (Sputnik V), Sinopharm (Sinopharm) and Pfizer (BioNTech) vaccines.

However, including self-purchasing and gifts from other countries, Vietnam has only received about 3.9 million doses of AZ vaccine and 1,000 doses of Sputnik-V vaccine. The self-purchased Pfizer/BioNTech is expected to be available in July. The China National Medicines vaccine is under review and will be approved for emergency use in the near future. Vietnam’s domestic vaccine Nanocovax will also start the third phase of human clinical trials from the 8th of this month.

A reporter from the Central News Agency recently went to a hypermarket in Hanoi to randomly interview people. Most of the interviewees said that in order to return to normal life as soon as possible, they are willing to cooperate with vaccination, but they have reservations about the Chinese vaccine. A motorcycle taxi driver said that if he could choose, he would like to take Sputnik-V and the domestic vaccine in Vietnam, but he would not choose the Chinese vaccine, because news reports said that there were many accidents after the vaccination, and he did not have much confidence in the Chinese vaccine. .

A cosmetics salesperson in another store is worried about the side effects of the vaccine, but is still willing to cooperate with the policy for vaccination, and may choose a domestic vaccine. The Chinese vaccine is also not in her consideration. The reasons include political factors, but if the Vietnamese government approves it, she will consider it again.