05:30 Wu Zhaoxie is angry and unspeakable for authoritarian combat 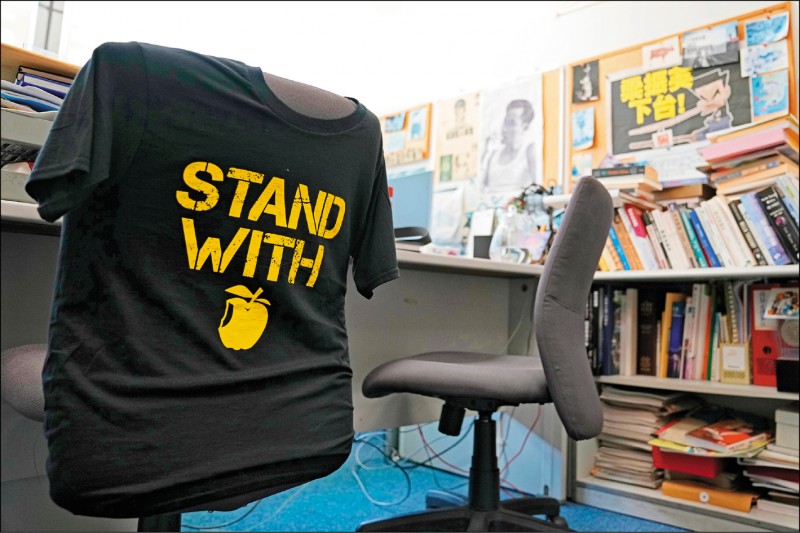 Foreign Minister Wu Zhaoxie has repeatedly spoken out for Hong Kong’s freedom. Wu Zhaoxie once again tweeted relevant news and criticized that authoritarianism is launching a cruel battle against the “Apple Daily”, a symbol of Hong Kong’s critically endangered freedom. Seeing such a tragedy happen, ” I feel unspeakable anger and sadness.”

The Mainland Affairs Commission also stated that since the implementation of the “Hong Kong version of the National Security Law,” more than 100 people have been arrested, triggering criticism from the international community for its violations of freedom and human rights. Now that the Hong Kong government is once again using draconian laws to deal with the news media, this is hard to imagine in a democratic country.

Opposition will be obliterated

The Hong Kong people in Taiwan organization “Hong Kong Border Town Youth” issued a statement stating that the case shows that the “Hong Kong version of the National Security Law” is political persecution. The Apple Daily is just a symbol. After that, it can be foreseen that all opposition voices will be gradually obliterated by the Hong Kong government, stifling the last bit of news and freedom of speech in Hong Kong. Whether it is the media, publications, or even online speeches or real-life discussions, they will all be silenced.

The young people from the border towns of Hong Kong emphasized that they believe that Hong Kong people around the world are also angry about this matter. This action once again proves that the CCP is trying to obliterate freedom of speech in the name of the National Security Law: it only praises the beauty of the party and does not allow to expose the injustice inside the wall. Hong Kong people will resolutely resist this act of obliterating dissidents.