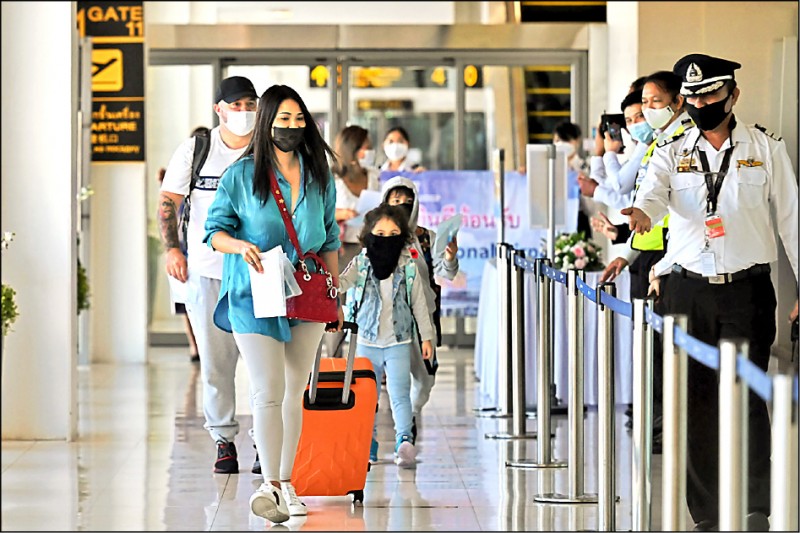 Thailand’s Phuket Island has promoted the “Phuket Sandbox Project” as scheduled, allowing international passengers to enter the country and exempting them from quarantine for 14 days. The first 25 passengers who participated in the project landed on an Etihad Airways flight a day. Ji International Airport. (AFP)

[Compiled by Huang Jingmei/Comprehensive Report]Although the Wuhan pneumonia epidemic has not been controlled, the Thai government has launched the “Phuket sandbox” as scheduled on July 1 to conditionally open foreign tourists to Phuket to travel, and Exempt from the local 14-day home quarantine. The first 25 passengers landed on an Etihad Airways flight in one day. One of them, Resi from the United Arab Emirates, said that he had not traveled for two years and had been to Phuket before. Five times, this time I will stay in Phuket for eight days.

The “Phuket Sandbox Project” allows travelers from low- and medium-risk countries such as the United States, Canada, Australia, Europe, and the Middle East to enter Phuket. After 14 days on the island, travelers can travel to other parts of Thailand. Foreign travelers must be fully vaccinated with two doses of vaccines, have a negative certificate of screening within 72 hours before entry, and a certificate of insurance covering Wuhan pneumonia with at least one hundred thousand U.S. dollars, and agree to comply with local epidemic prevention regulations when on the island, and Carry out three self-financed inspections totaling approximately US$300.

The tourism industry accounts for 20% of Thailand’s economy and 95% of Phuket’s income. However, from January to May this year, there were only 500,000 tourists in Phuket, and there were almost no foreigners, which is much lower than the over 3 million in the same period last year. The number of tourists, of which about 2 million were foreign tourists, set a record for the lowest tourist industry in Thailand after the 1997 Asian financial crisis.

Thai Prime Minister Prayuth said that this plan will lay the foundation for Thailand’s full opening in October. He hopes that the Phuket plan will succeed and become the guiding principle for their goals. If the epidemic situation deteriorates after the plan is implemented, the authorities will not rule out adding restrictions or calling a stop to the plan.

The epidemic is still increasing by more than 5,500 cases per day

The Ministry of Public Health of Thailand stated on the day that Thailand had added 5,533 confirmed cases and 57 deaths in the past 24 hours, setting a new record for the highest number of new deaths in a single day. However, the epidemic situation in Phuket is relatively mild. The number of newly confirmed cases on the island has been in single digits for several consecutive days, and more than 70% of residents have been fully vaccinated.