05:30 “Overthrow the dictator” millions of Burmese people take to the streets 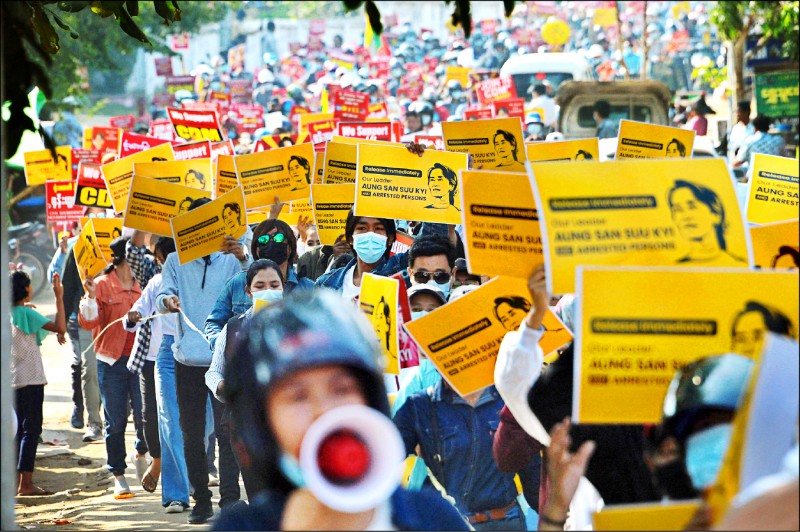 [Compilation Guan Shuping/Comprehensive Report]The Burmese people responded to the call for a parade of millions of people across the country. On the 17th, despite the military government’s military deterrence, they returned to the streets in large numbers. The capital Naypyidaw and Yangon, Mandalay and other big cities have Thousands of people demonstrated against the coup. The English-language media “Frontier Myanmar” pointed out that this is the largest demonstration since the coup.

On the 17th, a large crowd of protests reappeared on the streets of Yangon. At a crowd meeting, military and police personnel appeared, but they were only on guard and did not take action against the crowd. A large number of people in Mandalay and Naypyidaw took to the streets in spite of the order to prohibit gatherings of more than five people. There were also demonstrations in remote Chin State and small towns in the Irrawaddy Delta. The young students threatened “we have to fight to the end” and end military rule. “Myanmar Front” said that at around two o’clock in the afternoon, the streets of Yangon were crowded. Tens of thousands of people took to the streets in Mandalay, and more and more people came out of their homes to respond. As for Naypyidaw, there were nearly 3,000.

The demonstrators responded to the “Anchor Vehicle Operation” called by the Internet and blocked some intersections with vehicles to prevent military and police vehicles from moving. Former NLD member Kyi Pyar (transliteration) said that the military said the day before that the number of demonstrations would gradually decrease. “This angered the people, so we went back to the streets again.” Myanmar social activist Khin Sandar also posted: “Let us gather millions of people and overthrow the dictator!”

The demonstrations in the past two days were reduced in scale due to the deployment of the army on the streets of Yangon. The UN’s special envoy for human rights in Myanmar, Tom Andrews, worried that the army’s on the streets was a precursor to bloody suppression.

On the 16th, the military government additionally accused Aung San Suu Kyi of violating the Natural Disaster Management Law, but did not give details. Lawyer Aung San Suu Kyi said that she and President Wen Min are scheduled to attend the trial on March 1. The military blocked the Internet for the third consecutive day. The outside world speculated that it is setting up a firewall to strengthen surveillance or blocking the Internet, and it is suspected of obtaining Chinese technical assistance. Chen Hai, the Chinese ambassador to Myanmar, said that the current situation in Myanmar is “definitely not what China wants to see.” He denied the rumors that China assisted the Myanmar army in controlling the Internet and that Chinese soldiers appeared on the streets of Myanmar.

The US and British governments condemned the Burmese military government for accusing Aung San Suu Kiga. US State Department spokesperson Price called on the Burmese military to immediately release all improperly detained and restore the democratically elected government; the United States has publicly and privately communicated to Beijing that it hopes that China will play a constructive role in this matter. 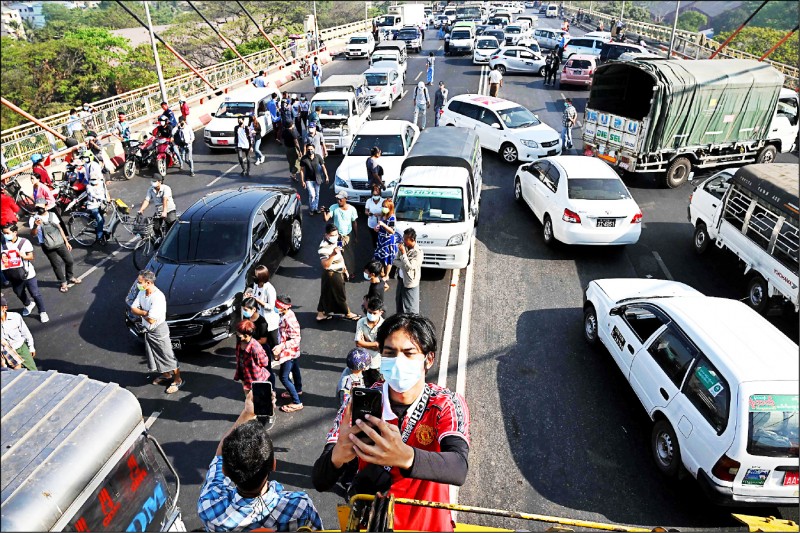 The people of Yangon responded to the “Anchor Vehicle Operation” and parked their cars on important roads and bridges to prevent military and police vehicles from entering to suppress the demonstrators. (AFP) Demonstrators in Mandalay sat in a sit-in on a railway, obstructing railway transportation. (Associated Press) 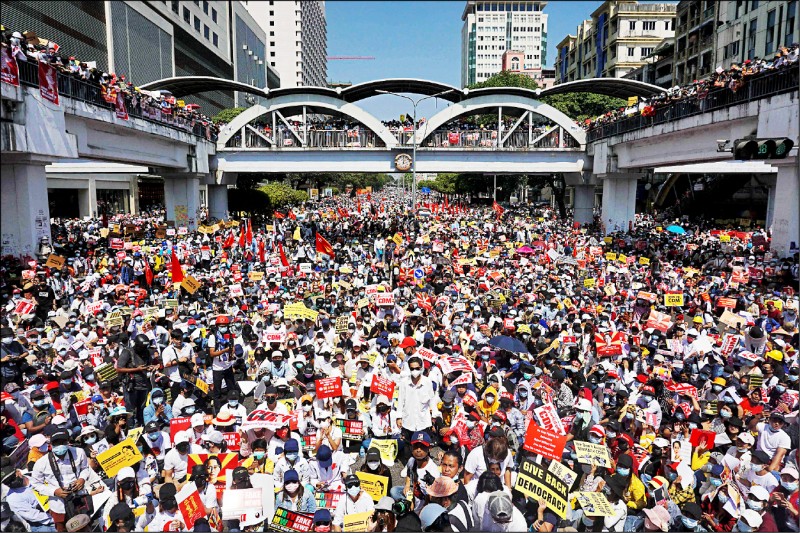 A large number of people demonstrated on the streets of Yangon, Myanmar on the 17th to oppose the military coup. (AFP)