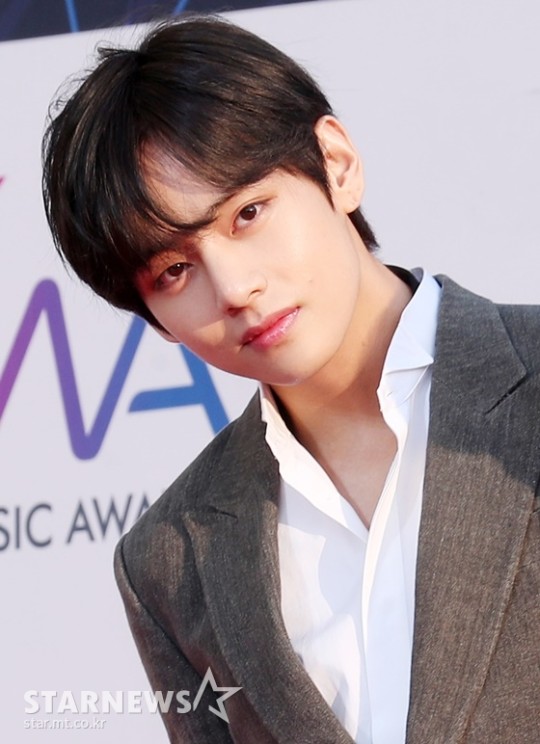 Fans of BTS V are warming up by spreading their good influence once again. 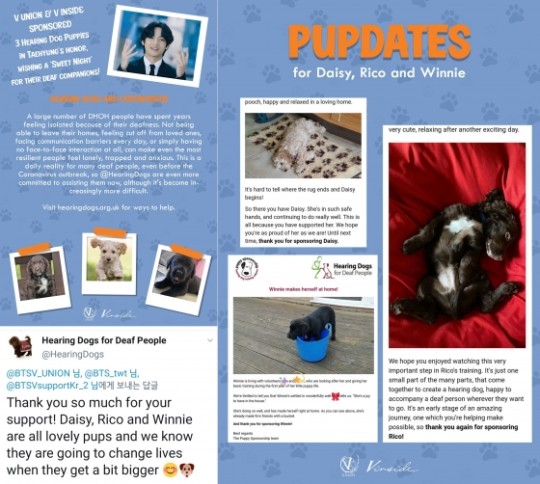 VUnion and Korean fanbase VInside celebrated the 100th release of V’s own song’Sweet Night’ in June and sponsored Daisy, Ricoh, and Winnie through the Hearing Dogs for Deaf People.

This support from fans was inspired by V’s use of a sign language (sign language) meaning “congratulations and cheers” at the YouTube virtual graduation ceremony’Dear class of 2020′ and impressed fans around the world. They announced that they had a project to arouse interest in hearing dogs and encourage more fans to participate. 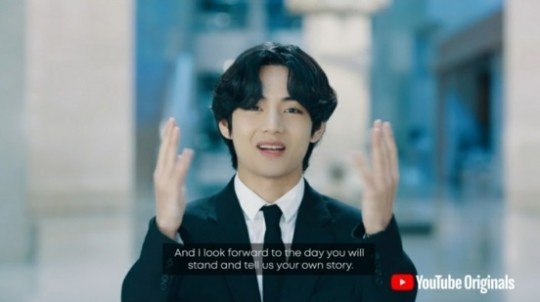 On the occasion of Dog Day, photos of the puppies were released and attracted the attention of fans from around the world. I’ll be able to change it,” he said, and was impressed.

V is currently raising a pomeranian’briquette’ with the nickname’Tannie’ as a dog. Briquettes are star dogs that decorate the world’s real-time trend, and are also called the 8th member of BTS. 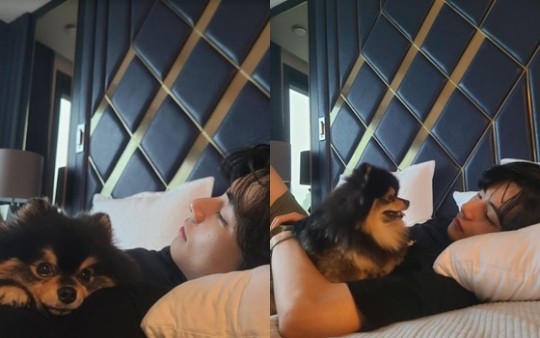 In a TV lecture, Hyung-wook Kang said, “V came before the adoption (briquettes) and asked for advice in advance. The heart of a true companion was wonderful,” and chose V as the most memorable counseling case.

On the other hand, on the occasion of Dog Day, V and briquettes appeared in photos of dogs and celebrities of many famous overseas accounts such as World Music Awards (WMA), Oneproduction, and LiveNation, which made them realize their global popularity.